Sounds Like: A Bangkok Binge with the City’s Bass OG, DJ Dragon

Sounds Like: A Bangkok Binge with the City’s Bass OG, DJ Dragon

Thailand has recently been making a name for itself on the international techno circuit with the rise of homegrown darlings Nakadia, Sunju Hargun, and Mendy Indigo. But don’t forget, the Land of Smiles is more than well-supplied where it comes to purveyors of fine bass, funk and hip-hop. 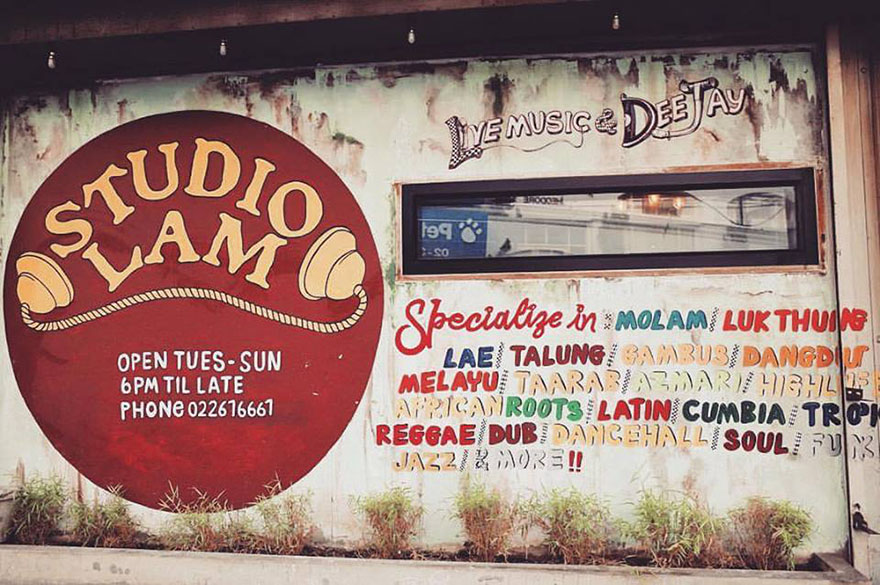 Nobody knows that better than the mighty DJ Dragon, a central fixture in Bangkok’s drum and bass arena for two decades.

The founding member of DJ/bookings collective Homebass Communications also works the nightlife beat for Bangkok news site Khaosod English. Every month or so, Homebass operates the Kingdom’s longest running dubstep and bass night, Dubway Sessions, which has hosted acclaimed acts along the lines of Goth Trad, Sabre and Pinch.

“Back in the 90s, jungle – as it was called – was the bastard child of the rave scene. In Bangkok, no one was into it. But my creative partner DJ Wen, who I run Homebass with, was one of the only few peeps that believed that it could work,” Dragon (aka Mongkorn Timkul) tells Straatosphere.

Presently, the bass community remains small, but its strength has increased in recent years thanks to other regular nights such as Phatfunk and Kontraband.

“More people are doing their own thing now, so there are many small events going on every weekend, which is refreshing,” Dragon notes. “A lot of kids are getting into producing as well, so that’s cool.”

Taking a break from rinsing tunes and fulfilling daddy duties, Dragon gave us five names to watch out for in Bangkok’s music scene:

A self-described “serious-sounding electronic music label,” the releases on 10-year old Yaak center on Thai artists from the indie and dance spectrums.

Founder DJ Maft Sai is credited for popularizing vintage Thai funk, psychedelic rock, pop and soul known as molam, luk thung and lae. Through his label, vinyl shop and nightclub, Studio Lam, he promotes artists dedicated to the music that was formerly frowned upon as country bumpkin fare.

This selector and producer is a pioneer of turntablism in Thailand, having represented his country at the 1997 DMC World Finals. He’s also the man behind Bangkok hip-hop hotspot Tha Beatlounge and the Beatlounge DJ Training Facilities, also known as the BDTF DJ school.

One of Bangkok’s most loved electronic record labels, Zoo’s chief resident artists touch on everything from drum and bass to live bands. Founder Marmosets (aka Kingkong) is especially known for his deep house and techno cuts.