Jerry Lorenzo delivers the Fear of God x Nike SS19 collection lookbook. And we like what we’re seeing. 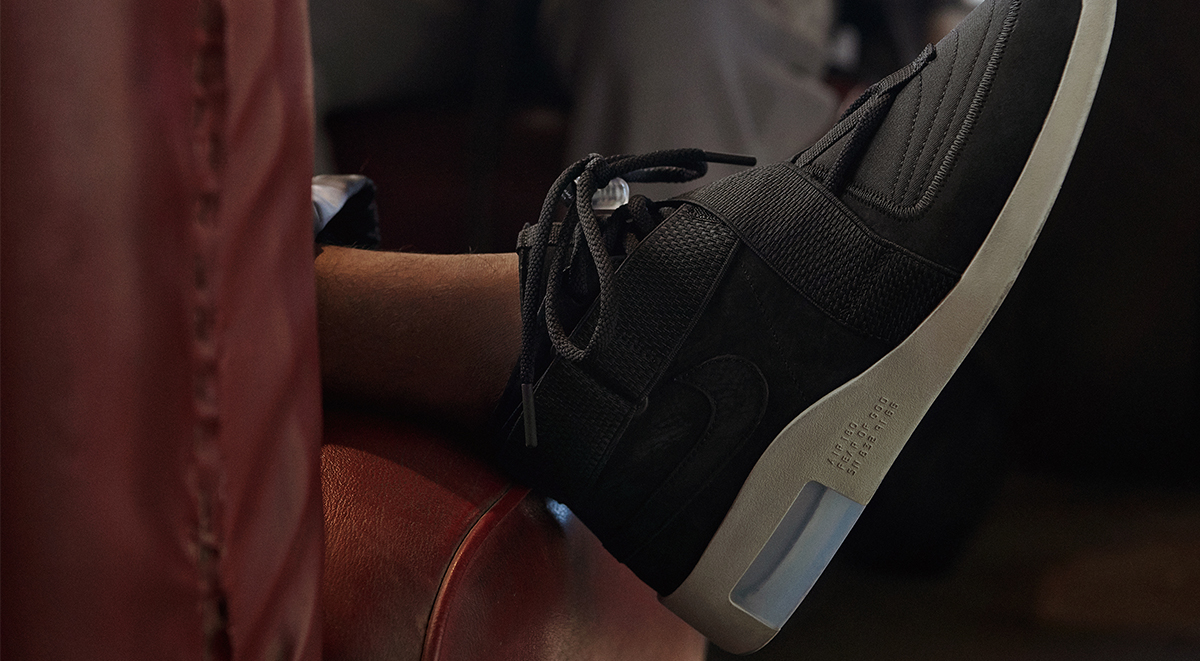 The Nike Air Fear of God Raid will make its debut in the upcoming Fear of God x Nike SS19 collection.

The latest collection will feature new footwear variants and eye-catching colorways of its original sneakers.

The Fear of God x Nike SS19 collection lookbook – the collaboration’s second drop – stays true to Jerry Lorenzo’s aesthetic. The high-end street influenced sweatpants, hoodies and tees are expected, but the real spotlight is on the new footwear styles. The Nike Air Fear of God Raid comes in a minimalist colorway with criss-cross straps on the forefoot. Jerry Lorenzo’s unique interpretation of the original 1992 Nike Air Raid sets the tone for the sneaker’s comeback. Alongside the FoG Raid, the low-top Nike Air Fear of God Moc will also debut in a pinkish tint decorated with a single strap along its forefoot.

While the new footwear additions are impressive, we can’t help but notice two uncharacteristically striking footwear colorways in the lookbook. Jerry Lorenzo will add bright, monochromatic versions of the Nike Air Fear of God 1 sneakers – the collaboration’s first model – in the new collection. It’s a breath of fresh air from Jerry Lorenzo’s usually muted color palette. Check out some key pieces from the collection below. A striking green Nike Air Fear of God 1 will be available this summer. The Air FoG 1 will also come in a bright orange colorway – a bold move away from FoG’s usual minimalist pieces. The all-new Nike Air Fear of God Raid will come in beige and black, with a third grey/black colorway exclusively available for F&F only. The upcoming collection will also introduce another new silhouette – the Nike Air Fear of God Moc. 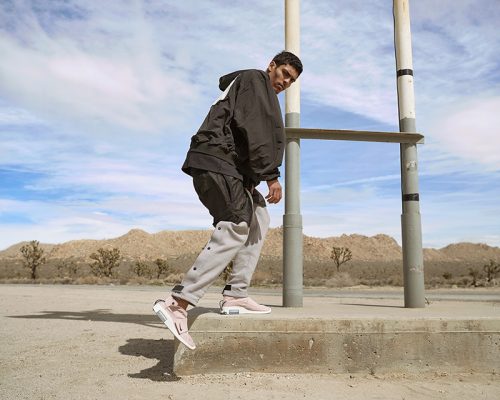 The FoG Moc comes in a muted pinkish tint and a relaxed single strap across the forefoot.

The Fear of God x Nike SS19 collection is slated to launch on April 27. You can expect these to drop at DSM Singapore later this month. Check back with us for updates on the local release details.

What do you think of the upcoming new collection? Let us know which sneaker caught your eye in the comments below.