Comedian Fakkah Fuzz, upon learning that the Puma Suede shoes are for breakdancing, puts them to the test to hilarious effect.

What were you expecting, that comedian Fakkah Fuzz tries on sneakers like the rest of us do?

Not a chance. Fuzz recently posted a video on his Instagram account (@fakkahfuzz) that shows him putting a pair of Puma Suede shoes to the test by performing a comical spin on breakdancing, a dance form closely associated with Suedes.

The 55-second video also features Fuzz’s sister and funny girl, Farah, who goes by @iamfarahlola on Instagram. Both often create comedic videos together, parodying real-life incidents or trends, so no surprises that the siblings decided to tag team on this one. 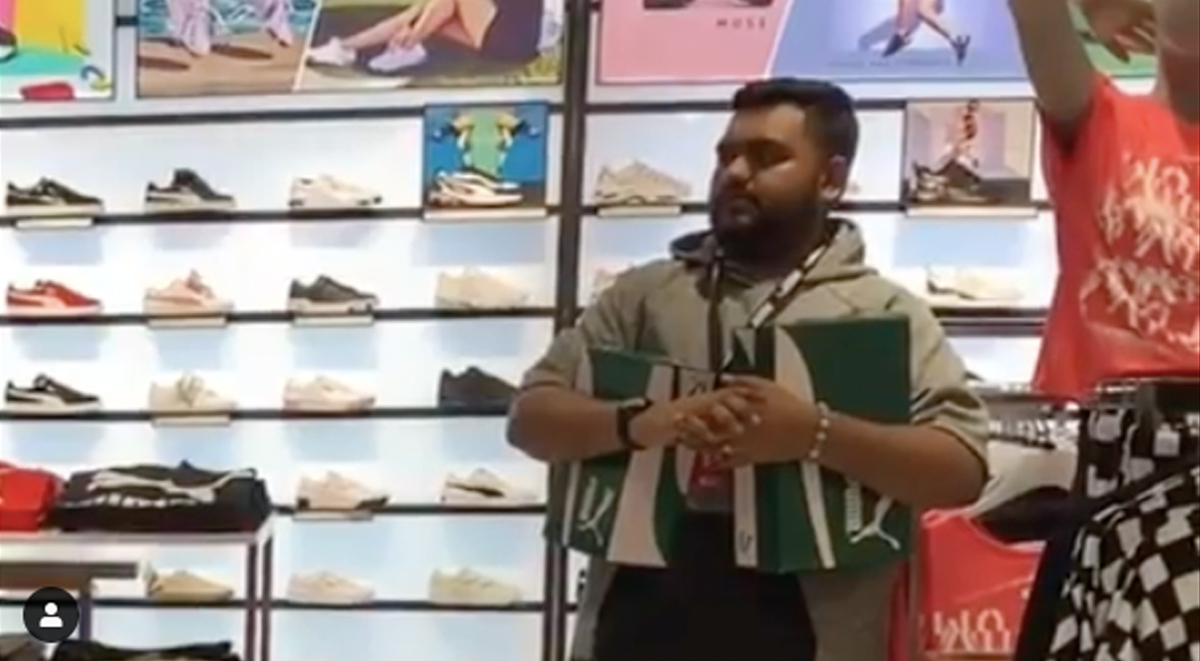 Not a dull day at work then? The Puma store staff serving Fuzz and Farah look on the “brakedancing” siblings in bewilderment.

Did you say “brakedancing”?

Upon learning from the store staff that the Puma Suede shoes are good for breakdancing, Fuzz proclaims, “Did you say “brakedancing”?”, and proceeds to dance gleefully around the store.

The siblings “battle” each other at “brakedancing”, a series of moves that seem to be inspired by the motion of applying the brakes of a car exaggeratedly. The added “skrrt” sounds they make only add to the hilarity of the entire affair. 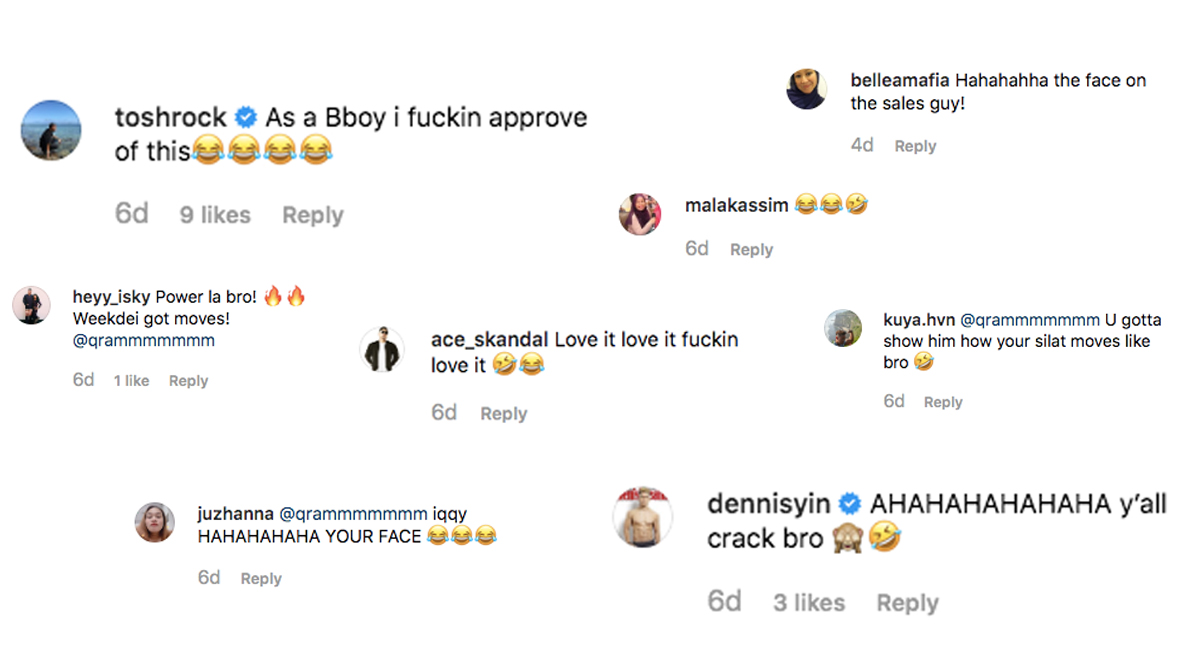 The video on Fakkah Fuzz’s Instagram account drew comments from other personalities such as Tosh Zhang and Dennis Yin.

Collectively, Fuzz and Farah’s videos have garnered about 22,000 views on Instagram, with people clearly approving of their shoe testing methods. The video on Fuzz’s account has caught the attention of personalities Tosh Zhang and Dennis Yin, who could not help but to weigh in on the craziness of it all.

51 years ago, the Puma Suedes caught the attention of sneakerheads as it was an unusual take on a sneaker, incorporating suede material on the upper rather than leather or canvas, which were more commonly used in shoes at the time. The suede upper made the Puma Suede shoes softer and more durable than its counterparts. This caught the eye of breakdancers who needed good shoes that could cope with their elaborate moves.

Clearly, there’s no better way to break in a pair of Suedes than to “brakedance” in them! The Puma Suedes caught the attention of sneakerheads 51 years ago as it used suede on the upper rather than leather or canvas, which were more commonly used in shoes at the time.

Check out the video on Fuzz and Farah’s Instagram accounts – @fakkahfuzz and @iamfarahlola.