The G-SHOCK Full Metal 5000 Series will be available in Singapore from Thursday, April 26. The G-SHOCK Full Metal 5000 Series, which sees the iconic DW5000C watch arriving in a full steel construction in gold or silver, gives the usually rugged G-SHOCK an elegant makeover.

The GMW-B5000D-1 (Silver) represents the first watch in the 5000 series to receive a full metal construction, with its outer components made entirely out of stainless steel.

Despite the full metal construction, the watch still retains the shockproof properties made famous by the original G-SHOCK with the use of a new case fabrication employing a highly durable fine resin insert between the stainless steel case and bezel to absorb shock. 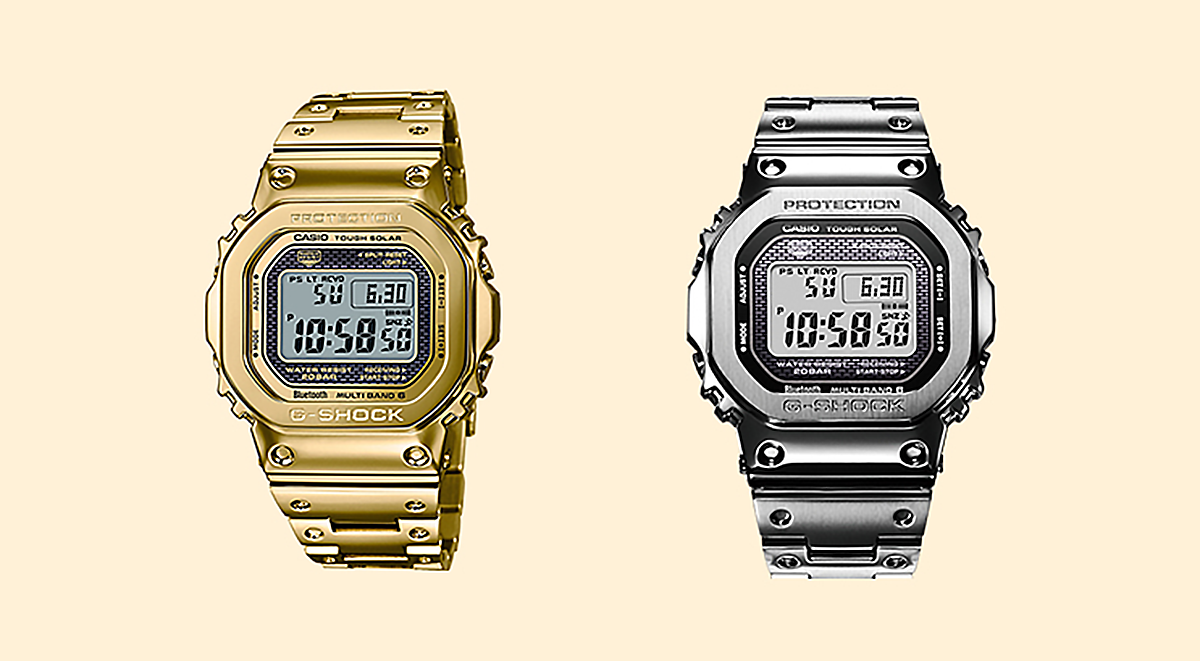 For more updates, keep up with G-SHOCK.

Which one would you cop? Let us know in the comments below.