The watch, a DW-5600 – also known as the square faced G-SHOCK, is draped in military green with leopard camouflage pattern framing the LCD screen. A bullbar has been added to the watch for a touch of nostalgia. When activated, the backlight reveals SBTG‘s mantra: “Destroy to Create”. 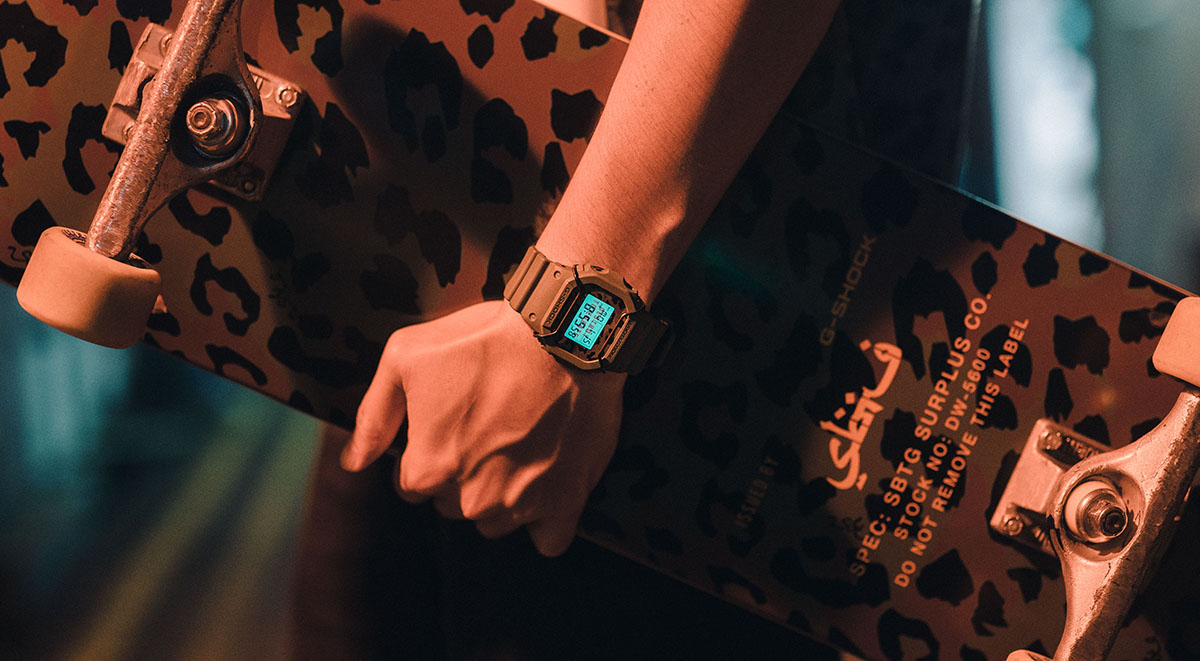 When activated, the backlight reveals SBTG’s philosophy “Destroy to Create”

The rugged timepiece will be released along with a capsule collection comprising a button-down shirt, cap, and a skateboard deck.

Customers can purchase the watch alone (S$249) or buy the watch and complementary items in the following bundles: The G-SHOCK x SBTG DW-5600 will be released in Singapore first, on February 3, at a special G-SHOCK pop-up store located at Wisma Atria (outdoor atrium on the steps) that runs from February 3 to 11.

After which, the collection can be purchased at all G-Factory stores (except for IMM outlet) from February 12.

The watch will be available in Malaysia, Indonesia and Thailand toward the end of February. Exact release dates have not yet been confirmed. The SBTG logo is etched onto the back of the watch

The G-SHOCK x SBTG DW-5600 is the first collaboration watch in a line-up of releases that will drop in 2018, as part of the ORIGINS campaign that celebrates the DW-5600 watch model – considered one of the most iconic and original G-SHOCK watches.

For updates, keep up with G-SHOCK.