G-Shock and SKL0 come together for a truly Singaporean timepiece

G-Shock and SKL0 come together for a truly Singaporean timepiece

G-Shock x SKL0 used the iconic GX-56BB as a base for SKL0’s design, which is influenced by our melting pot of cultures

Sam Lo, our friendly neighborhood Sticker Lady aka SKL0, has teamed up with G-Shock to bring us a watch that is inspired by and represents Singapore. The G-Shock x SKL0 timepiece comes just in time for National Day, commemorating Singapore’s 54th birthday. The watch takes heavy inspiration from the melting pot of cultures that call Singapore home, while mixing in SKL0’s artistic vision and social commentary. The canvas: the classic GX-56BB, a trusty and indestructible timepiece favored by sportsmen and NSFs alike. 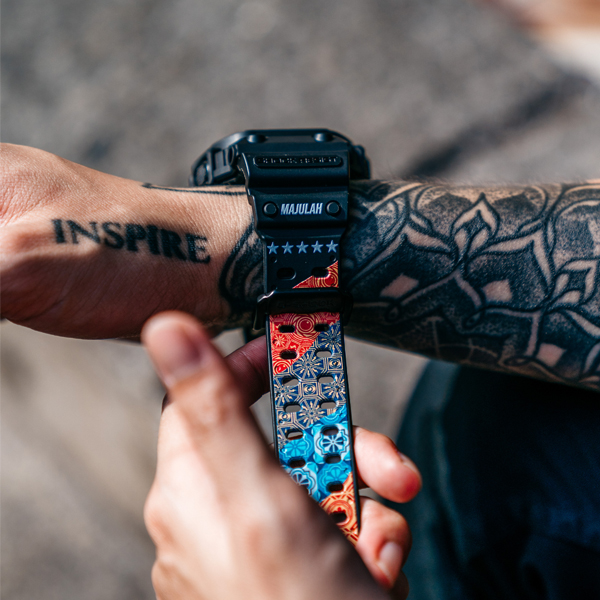 From the start, SKL0 knew that she wanted to incorporate the current themes and values of a modern Singapore. “I came aboard this collaboration project, the vision was clear from the get-go: to highlight the modern-day cultural elements by marrying the familiar with the traditional on a watch designed to be as resilient as the people who march forward and make Singapore unique,” she recalls. Look closer and you’ll see camera lenses, lightning bolts, and coins within the patterns on the watch band, which are daily sights in our modern society. 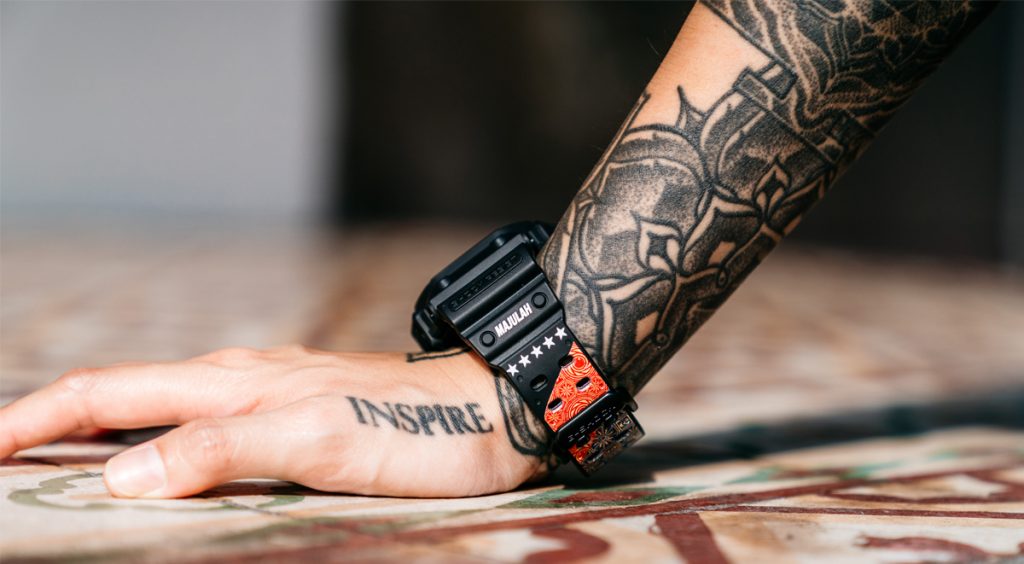 To fit in with the National Day theme of “Our Singapore”, the G-Shock x SKL0 timepiece will come in a special packaging that bears the line “We are Singapore” – from the classic National Day song.

The G-Shock x SKL0 GX-56BB is dropping on July 27 and will be limited to 300 pieces. It will be available at G-Shock boutiques all across the island (except IMM) for S$299.

Do you think the G-Shock x SKL0 timepiece accurately represents Singapore? Comment down below.