Kanye West broke the internet on multiple occasions. In celebration of the rapper’s birthday, here are 10 of his career defining moments. 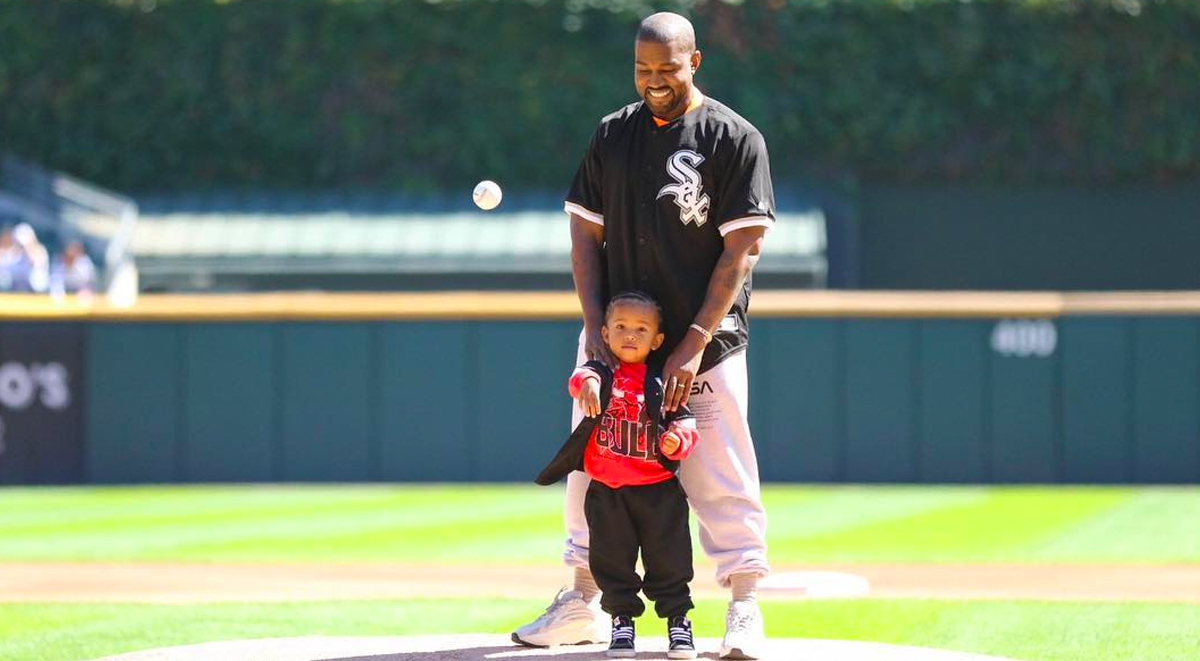 Rapper, mogul and billionaire. We’re talking about Kanye West who celebrates his birthday today, June 8. The headline-grabbing, Grammy-winning rapper is as known for his music and fashion as he is for his bold antics. Here’s a look back at 10 moments when Kanye West broke the internet. A career defining moment and the genesis of a feud between Kanye’s ex-wife Kim Kardashian (RIP Kimye), Kanye himself and Taylor Swift for years to come. At the 2009 MTV Music Video Awards, Kanye stormed the stage while Taylor was accepting her award for Best Female Video. He grabbed the mic and declared that Beyonce should have won for her music video for “Single Ladies”. Taylor, who was widely believed to have been robbed of her moment — ironically, while Kanye was trying to redress what he felt was Taylor’s robbery of Beyonce’s moment — has gone down in pop culture infamy never to be forgotten. West has always been intrigued by fashion – in fact, it’s widely known that Kanye played a major role in Kim’s style evolution. So it came as no surprise when he incorporated Martin Margiela full-face masks into his outfits for his 2014 Yeezus tour. In an interview with Starcasm, he explained the masks were a retaliation against the discrimination he faced in the high fashion world.

3. Wearing the Ultraboost at the BBMA In 2015, Kanye West’s highly censored performance at the Billboard Music Awards caught the attention of the sneaker community. He took to the stage wearing a never-before-seen triple white Ultraboost 1.0 (one of our top 10 Ultraboosts!). He had received the sneaker a month in advance of its release, and seeing him in them created an unparalleled hype that has lasted the last six years. Some even credit this moment as the saving grace for Adidas, which people felt were falling into obscurity that year. 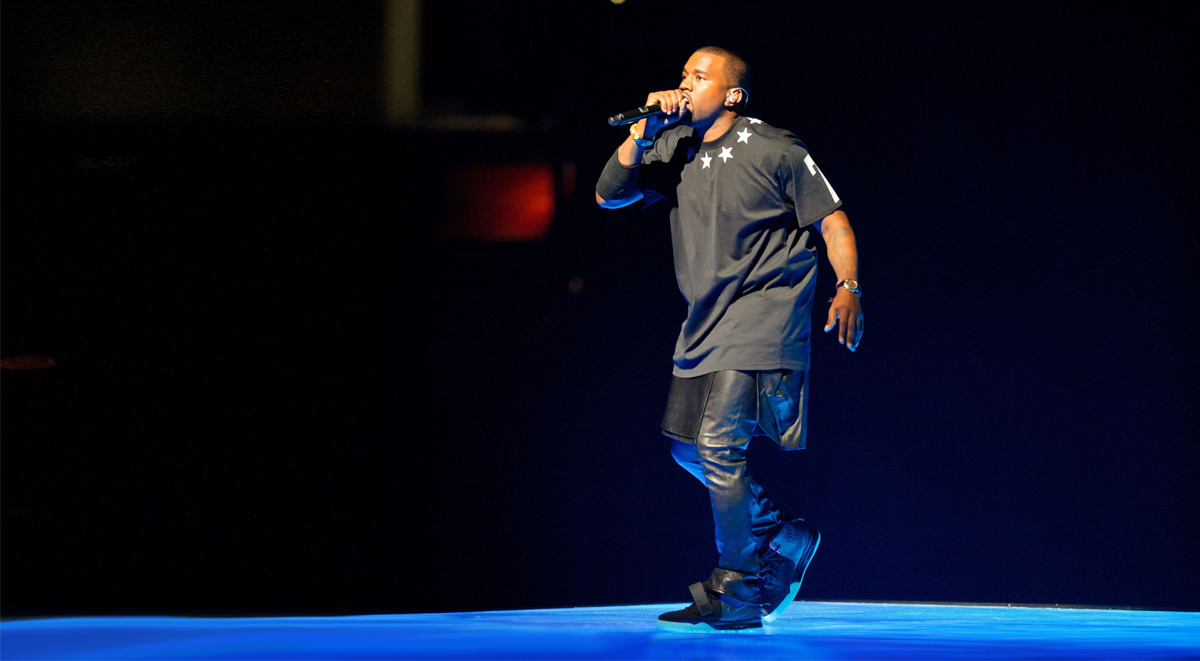 This outfit, a collaboration between Kanye and his then manager, Don C, left an imprint on streetwear and rap culture. In an interview with Paper, Kanye explained that Riccardo Tisci, then head of Givenchy, recommended that he gave their leather kilt a shot. The bold outfit choice received mixed reactions, but moved Ye into the inner sanctum of the fashion world.

5. Revealed a whole bunch of Yeezy sneakers on Twitter

By 2018, Kanye learned that he was his best advertisement. That year, via a series of tweets, the rapper gave his followers an eye-popping preview of yet-to-be-released Yeezy 500 colorways, a new 350 V2 upper, a slew of 350 V2 colorways and a mockup sample of the Yeezy 450. It was a field day for sneaker blogs all over the world.

6. Being best buds with Donald Trump 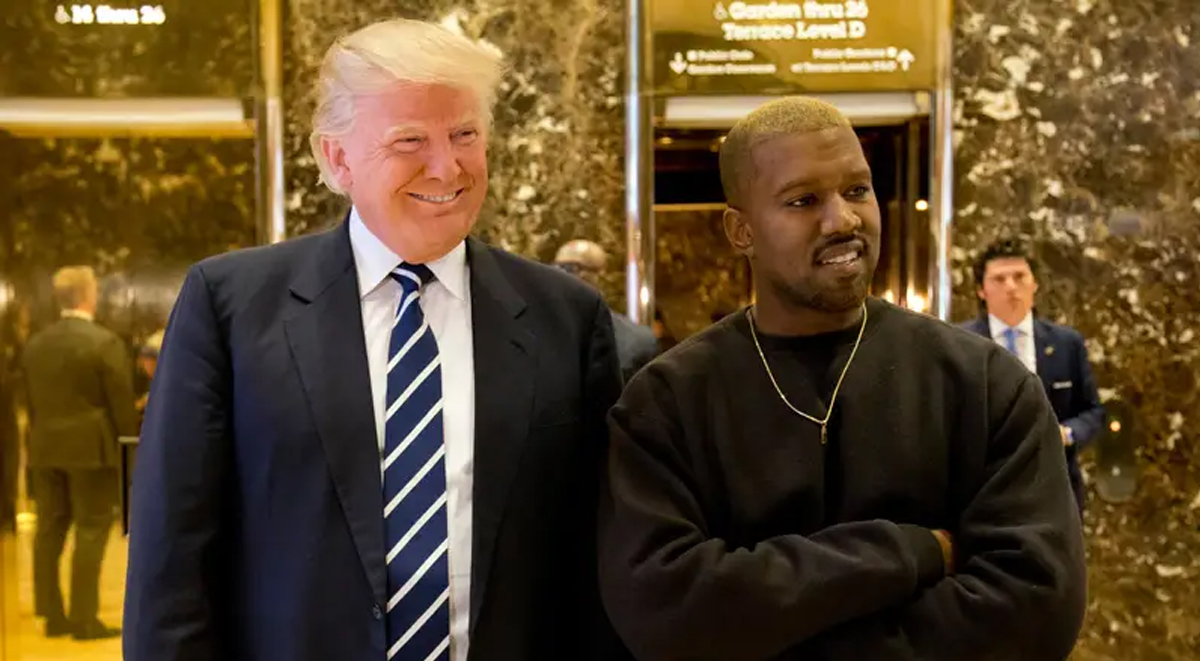 When Kanye was seen being chummy with then president-elect Donald Trump at the Trump Tower lobby, the world was up in arms. The two supposedly met up to discuss “life and multi-cultural issues”. Oddly enough, Kanye did not end up voting in the 2016 election that placed Trump in the presidential seat.

We must now realize the promise of America by trusting God, unifying our vision and building our future. I am running for president of the United States 🇺🇸! #2020VISION

In 2020, Kanye announced on Twitter that he was going to run for president at the next presidential election. The tweet garnered 100,000 retweets within the first hour of publishing. At the time, the rapper was a strong supporter of Trump who was running for re-election, so to enter the fray seemed like an odd choice. Also, Kanye didn’t seem to have made the criteria to run for president of the United States of America, leaving people both baffled and disappointed at his embarrassing display.

8. He peed on his Grammy and won another

Trust me … I WONT STOP pic.twitter.com/RmVkqrSa4F

Later in 2020, Kanye West broke the internet when he peed one of his 21 Grammy awards ahead of winning another one for his gospel album “Jesus Is King”. The original video was a protest against the music industry. He wrote, “90% of the record contracts on the planet are still on a royalty A standard record deal is a trap to NEVER have you recoup, and there are all these hidden costs like the “distribution fees” many labels put in their contracts to make even more money off our work without even trying.”

9. He became the richest Black man in US history Kanye’s actual net worth — we’ve seen figures ranging from US$1 billion to US$6.6 billion — has been disputed. But Forbes confirmed in an extensive report, made possible with papers submitted by Kanye’s team, that his stake in Yeezy alone is worth slightly more than US$1 billion. That makes Kanye, without a doubt, a billionaire. 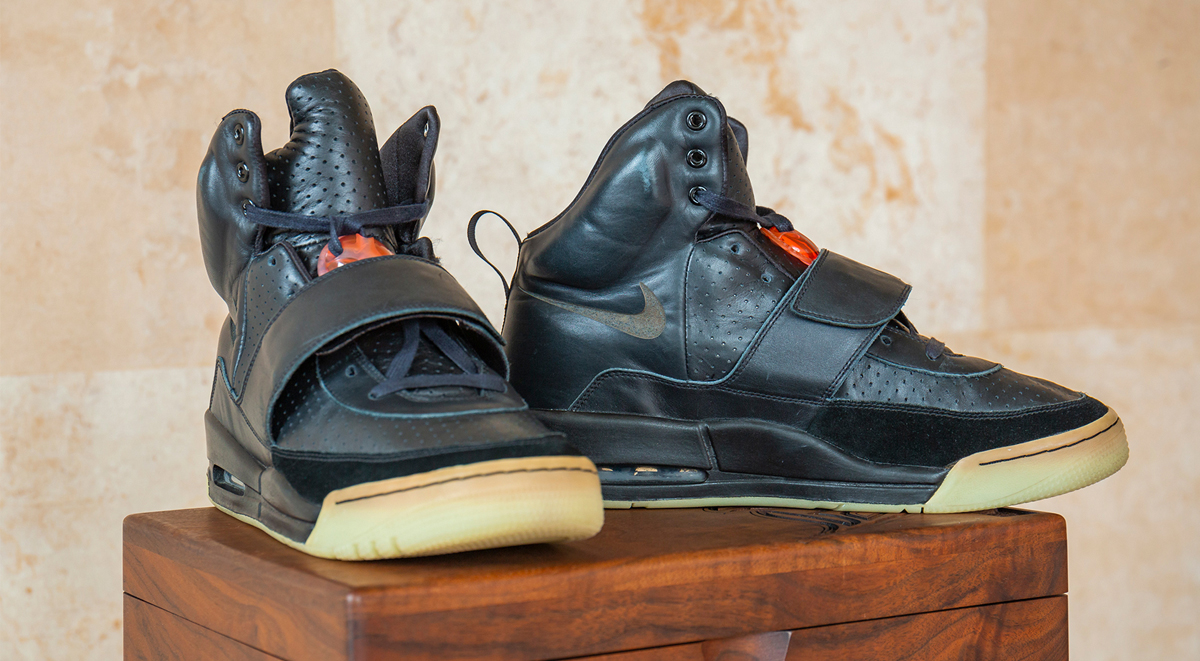 At the 2008 Grammys, when Kanye was team Nike, he wore a pair of all-black Air Yeezy Prototype which he didn’t get to keep as it was promptly returned after the performance. Well, Sotheby’s got their hands on a pair and put them up for auction. The shoes were sold for US$1.8 million to Rares, a sneaker investment platform, in April this year.