The Kasina x Nike Dunk Low will come in two colorways this month. Kasina, the Korean sneaker and streetwear store, set up by former pro-skater EunHyuk Lee has been bestowed the honor of creating their own Dunk. And this month, they introduce the Kasina x Nike Dunk Low in two colorways: Neptune and Industrial Blue. There’s a lot to unpack, design inspiration wise, so buckle up. 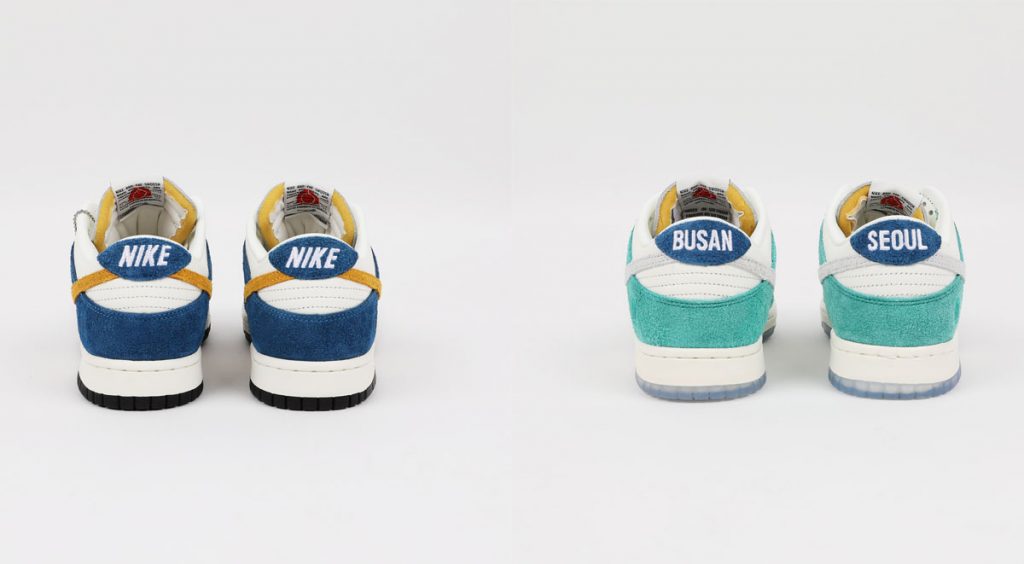 Kasina looks to the 1980s and Korea’s transportation for inspiration. Its founder, in pursuit of bigger opportunities in the capital city, had made his journey from Busan to Seoul on the highways and railways connecting the two cities.

In parallel, the ’80s marks the era of Korea’s economic boom, made possible thanks to the vast improvements to the country’s transportation system. At the same time, the ’80s was also when Dunks were first introduced to Korea and the rest of the world. 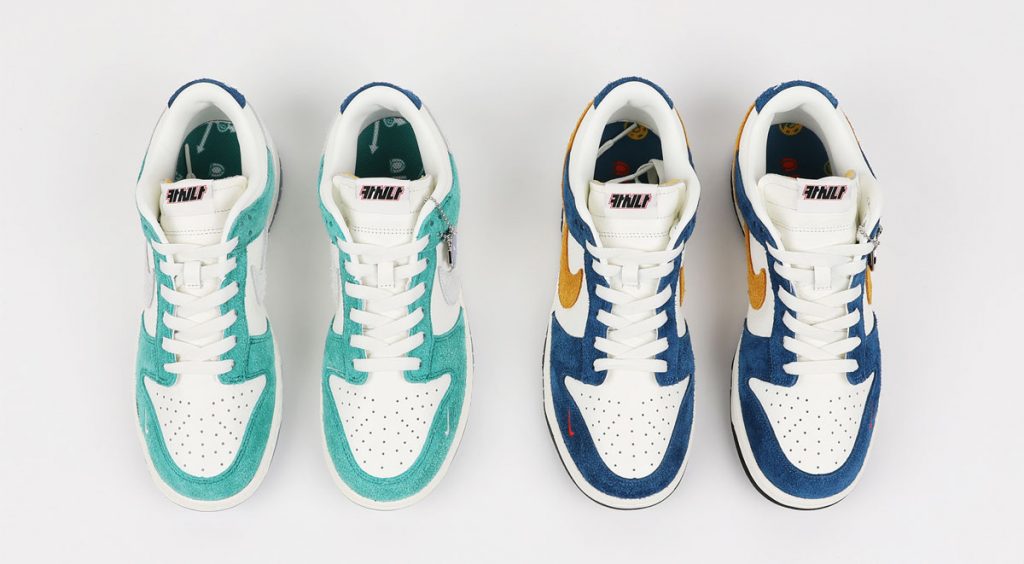 The Kasina x Nike Dunk Low in Neptune, which drops September 18 exclusively at Kasina, is inspired by the signages along the Gyeongbu Expressway which connects Busan and Seoul. On this colorway, the words “Busan” and “Seoul” replace the traditional Nike branding on the heel. The Neptune Kasina Dunk Low comes with a highway sign hangtag. Up front, “Kasina” is written in Hangul on the tongue tab, taking the place of the Nike Swoosh.

The Industrial Blue colorway, which drops September 25, will see a wider release since it’ll be available at Kasina and Nike SNKRS. This colorway draws inspiration from the Korean buses of the ‘80s and consequently, comes with a steering wheel hangtag. Like the Neptune colorway, “Kasina” is written in Hangul on the tongue tab.

Stay tuned for more updates on a Singapore release.