Kuala Lumpur Street Culture Has Lots to Offer, If You Know Where to Go

Kuala Lumpur Street Culture Has Lots to Offer, If You Know Where to Go

Kuala Lumpur may not be the first place that’s associated with street culture, but the Malaysian capital has plenty to offer – if you know where to go. 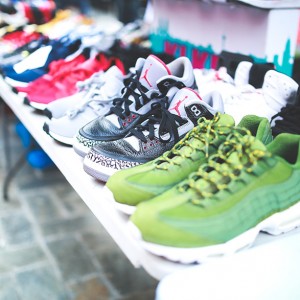 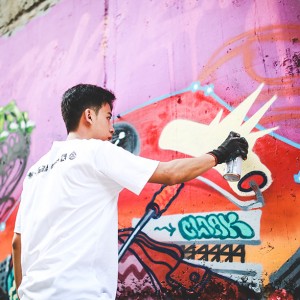 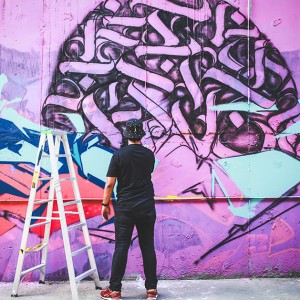 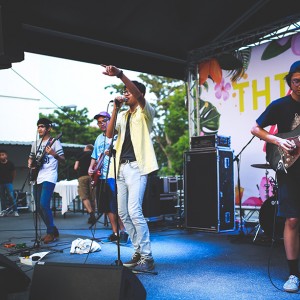 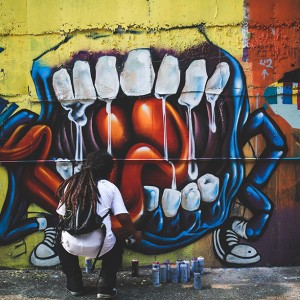 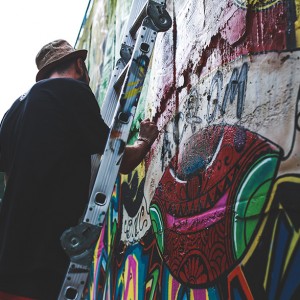 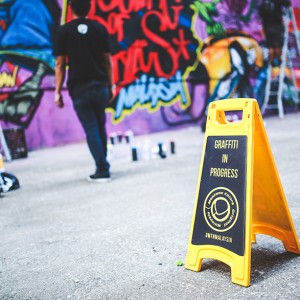 Kuala Lumpur may not be the first place that’s associated with street culture, but the Malaysian capital has plenty to offer – if you know where to go.

Sneaker launches and conventions have become a norm in Kuala Lumpur in recent times, and it’s not uncommon to see snaking queues form for the latest heat on feet. In our time there, we witnessed a queue at Pavilion Kuala Lumpur shopping mall in Bukit Bintang for the release of the adidas NMDs. Thankfully, no one got hurt.

But this is merely a single puzzle piece in the overall picture that is Kuala Lumpur’s street culture landscape, which has plenty to offer. 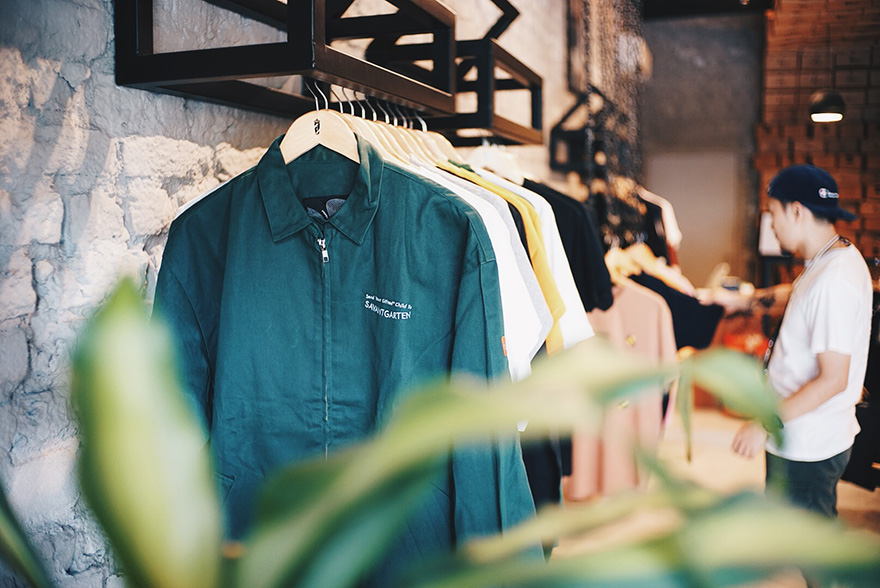 Against Lab “168” Pop-Up Shop at The Swagger Salon / Photo: Against Lab

Each of the brands has cultivated a strong sense of identity, and surprisingly, are no strangers to collaborations in spite of the competition. In fact, in April this year, Against Lab ran a pop-up store within The Swagger Salon’s store in Penang. Malaysian streetwear brands can be found in brick and mortar stores and online, you could even catch them at outdoor pop-up spaces such as the recently concluded THISCOVER Weekend. The thrree above-mentioned brands were represented through Straatosphere’s online streetwear store, Seamless, via a pop-up store.

THISCOVER, held on April 10th, brought musicians, artists and retailers out to TREC, Malaysia’s first and only purpose-built urban F&B, lifestyle and commercial destination. The event was organized by creative collective Indiego & Co.

“In all our seven years of playing at different kinds of venues in different countries, I can’t say that there has been a similar vibe to THISCOVER,” said Fuad Alhabshi, frontman of Kyoto Protocol. “I suppose it’s partly down to the venue, the ‘color’ that the vendors add to the scene, the people that attend and last but not least, the unique identity that Indiego & Co brings to all their events. At first glance, the music scene might seem quite segmented, with the different genres that co-exist. But what I think is super swell are the moments when all these different scenes come together, like at THISCOVER,” he added.

Looking ahead, Lim Kok Kean, one of the co-founders of Indiego & Co (also Culture Manager at Red Bull Malaysia), tells us he hopes to take a yet more egalitarian approach to the curation of forthcoming editions of THISCOVER, so that the events will appeal to the interests of a wider audience.

“What I would like to do in the future is to combine our personal interests, whether it’s vintage furniture, street food or anything else with local flavor, into something that would be a new experience for most folks out there,” he said. Serious night owls can check out the night markets in Kuala Lumpur that stay open till the crack of dawn. Known colloquially as “bundles”, short for “bundle sale” or “bundle deals”, these night markets are thrift shopping at its best.

We visited the one at Jalan Raja Bot and were surprised to find clothing and accessories you could easily categorize as “hype”. Band tees, dad caps in every pastel color (seemingly POLO, but who knows really?), Supreme tees, Champion jackets, second-hand sneakers, you name it, Raja Bot has got it. The lines between hanging out and selling start to blur, but who cares when you’re having fun at Raja Bot?

People get on their knees and dive right into piles of clothing in search of treasure. It’s fun, but here’s a caveat: The legit-checking is your responsibility.

Bundles are a true eye-opener to the world of thrift buying and selling. It’s also a firm reminder that the thirst for “hype” remains so real people would rather wear a disheveled Supreme tee than buy a brand-new tee from UNIQLO, for example, which offers friendlier prices.

But it’s all in the name of the thrift shopping game, and from what we saw that night at Raja Bot, it’s a game that many in the city happily play. Plenty of headwear at the Raja Bot bundle to choose from

Kuala Lumpur’s urban art scene is worth checking out too. A spot to visit would be Minut Init, a contemporary gallery space in Petaling Jaya established in November 2010.

Our visit to Minut Init coincided with the launch of the Time x Space group exhibition, which was attended by some of the best Malaysian artists including Mohd Anuar (better known as Fritilldea), who recently designed Malaysia’s first limited edition Red Bull can.

The showcase included trippy acrylic artworks, short films and even comic strips that invite the audience to determine the storyline’s outcome. James Ly, one of the gallery’s co-founders, said, “I believe we’ve become a sanctuary for the outré and adventurous. But what’s most interesting is that for most people, Minut Init represents a gateway to another world that they were unaware existed in Kuala Lumpur.”

Housed in a shophouse space, Minut Init recently added a lounge and bar to the second floor, one level below the gallery. The addition has helped to facilitate its founders’ ideal of linking the arts with people from different layers of society. While on the topic of art, you can’t overlook the fact that Malaysia is home to some of the best graffiti artists around. That the freedom to paint walls can be yours as long as you ask for permission from building owners or, to a lesser extent, the government, certainly creates a more welcoming environment in which graffiti artists can pursue their dreams without fear of prosecution.

Central to the Malaysian graffiti community is a spot known as the District Shop & Gallery, a graffiti supply store and event space run by artists who go by the monikers Bee, Bone and Katun. Located in Bukit Bintang, District organizes meet-ups whether to “bomb” a wall or bond over a barbecue. In early April this year, District organized the Meeting of Styles KL graffiti street meet which brought 50 artists from Asia and beyond to Kuala Lumpur to paint a stretch of wall beneath the Dato Keramat station. The camaraderie amongst the artists who attended the meet-and-greet barbecue held on the eve of the actual event was palpable.

“Meeting of Styles was a success for the Malaysian scene. Seeing so many artists come here and share their love for graffiti art is very humbling. Eventually, we want to get more international exposure for the graffiti scene here,” Katun said. Among the international line-up of artists was Singapore-based graffiti artist, Asno. As a frequent traveler to Kuala Lumpur, the five-hour bus rides no longer faze him. These trips are in fact what he looks forward to.

“Kuala Lumpur is my second home because of its raw energy. I paint most of my pieces in KL and both the public and government appreciate street art. The chance to meet and collaborate with friends from all over the world is also an appeal,” he said. Meeting of Styles KL drew graffiti artists from Singapore, some of whom prefer to paint in Malaysia

Despite what Kuala Lumpur already has to offer in terms of street culture, Lim thinks the digital age that we live in will push the city to offer more: “I agree with Hiroshi Fujiwara’s saying that there isn’t really any underground subcultures – before any subculture can gestate and develop fully, it would be talked about to death, shared and dissected online.”

“The irony is that because there’s so much information and things out there online, people tend to not go really in-depth or study a certain subject matter,” he added. “As a result, it’s always about the next cool new thing whether it’s a sneaker, fashion, music or art. Always next, next, next.” James Ly, co-founder of Minut Init, believes his gallery represents a gateway to another world people were unaware existed in Kuala Lumpur

But if this is indeed true, some believe Kuala Lumpur is poised to deliver that next big thing, whatever it may be.

“I feel that we are on the verge of an art and culture epoch similar to New York in the 1980s, where many connections were made between the fine arts and street culture,” Ly said.