A representative from Louis Vuitton Singapore has confirmed that a pop-up store is not scheduled to open in Singapore.

However, the Louis Vuitton x Supreme collection will be available in Singapore sometime in mid-July.

Check back with Straatosphere for more information closer to the release date.

According to Hypebeast, the seven pop-up stores in addition to the one in Sydney will be open from Friday, June 30. 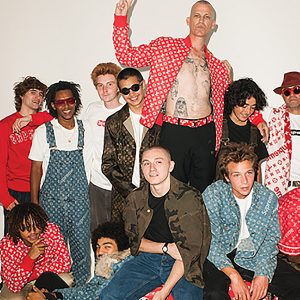 The Louis Vuitton x Supreme collaboration collection pop-up store will be open to the public in Sydney, Australia, first, on Friday, June 30.

The Sydney drop includes a wide array of garments and accessories from the collaboration’s 2017 Fall/Winter collection (source: Sydney Morning Herald). Both brands have remained tight-lipped on what else to expect from its Sydney store.

Despite the speculation, the French luxury brand has yet to confirm or reveal the full list of pop-up store locations and dates they will open.

The collaboration was initially scheduled to launch on Thursday, June 29, in New York, but the Manhattan Community Board denied the use of the space chosen to run the pop-up.

According to Fashionista, the Board overturned the brands’ request in May 2017 due to concerns that the launch may be too rowdy for the quiet street.

The Louis Vuitton x Supreme Sydney pop-up will take place at 95 Roscoe Street, Bondi Beach, New South Wales 2026, Australia. The store will open from 10am – 6pm on Mondays to Sundays and from 10am – 7pm on Thursdays.