Supreme x Louis Vuitton: here’s a round-up of what went down at its launch at Paris Fashion Week. 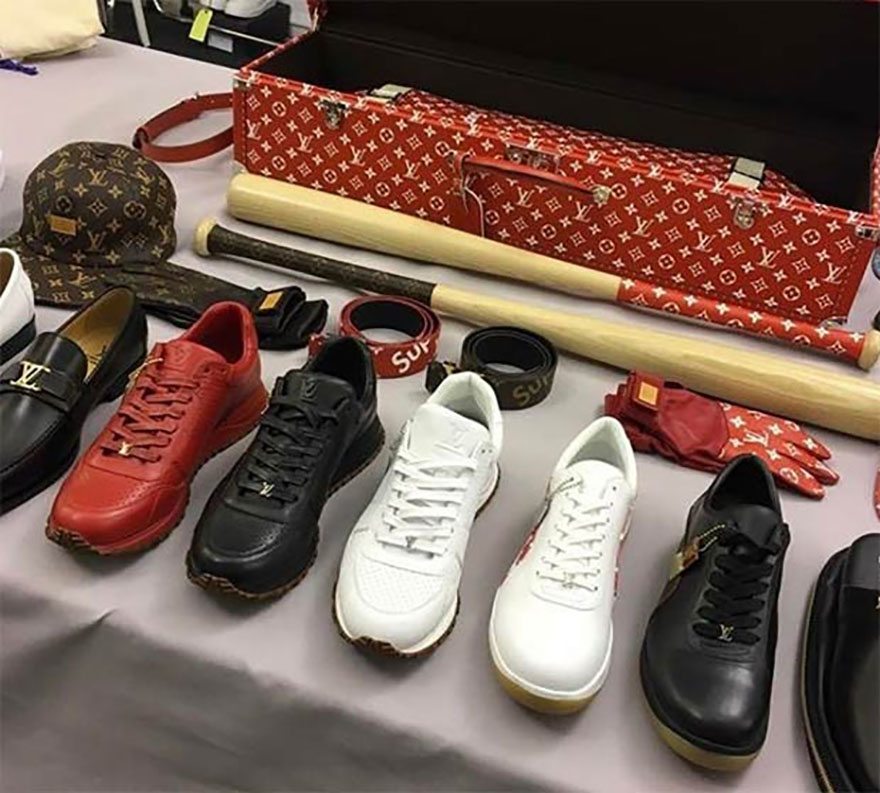 Supreme x Louis Vuitton: a collaboration not without its controversy. From the runway to the streets, we’ve picked out our favorite moments of the drop.

The collection made its runway debut at the Autumn/Winter 2017 show at the Paris Fashion Week. It couldn’t have been given a more fitting introduction, with the first look of the show being a relaxed fit suit paired with a bright red Supreme fanny pack.

The collection focused on loose, relaxed silhouettes that were a mix of street smart and brunch meeting-ready looks. There were chains hanging from belt loops, shirts untucked and denim monogrammed in ways that Louis Vuitton is best at. Accessories from the collection were peppered throughout the looks, with both the symbolic LV monogram and the Supreme slogan standing out across the pieces.

Check out our favorite looks below.

The collection is slated to drop on July 17th, 2017, at select Louis Vuitton stores and other possible pop-ups. “We’ll probably make separate stores in areas where both of them are popular,” said Kim Jones, creative director of Louis Vuitton.

Meanwhile, prices of some of the accessories have been released, courtesy of Luke Leitch, contributor to Vogue‘s runway reviews. According to him, these pieces will set you back more than just a dollar:

Of course, it wouldn’t be a Supreme drop without the release of an iconic box logo t-shirt. According to Reddit user ofwgtylor, a box logo tee has already been seen on rapper Travis Scott (image below), so hopefully there’s more where that came from. 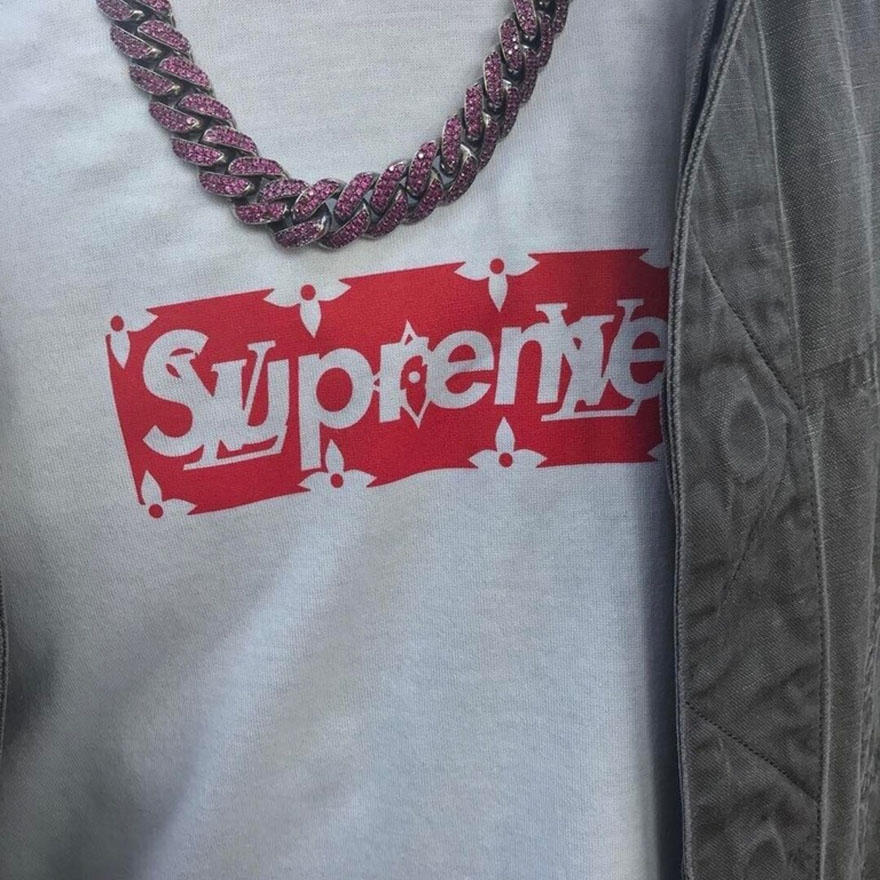 Despite the alleged bad blood between Supreme and Louis Vuitton, it’s hardly surprising the French luxury fashion house is incorporating streetwear sensibilities into its offering. Streetwear has enjoyed its time in the sun recently, and, on a more personal note, Jones himself has fond memories of Supreme.

In an interview with WWD, Jones said, “I used to work when I was at college unpacking boxes of Supreme at a company in London that distributed it when it was just starting out, so it’s something I’ve known all along in my life. I just feel that the strength of their graphic versus the strength of the Louis Vuitton graphic, and that kind of Pop Art feeling — it works together perfectly.”

Well, when titans don’t clash, they collaborate. Whether you like it/hate it/wish you could afford it, the Supreme x Louis Vuitton collection has become a thing.

Leave your thoughts on the collab in the comments below.

Read More: A Supreme x MTA Collab Is Reportedly in the Works