Michael Miller is the first to draw his sword. 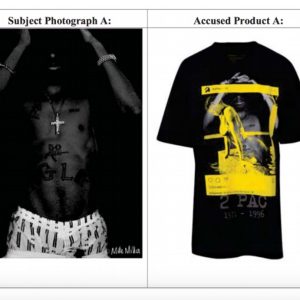 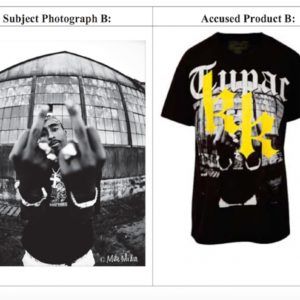 According to The Daily Mail, the Jenner sisters’ clothing brand Kendall + Kylie has responded in a statement to say that photographer Michael Miller’s claims are “baseless”.

The statement revealed that only two Tupac t-shirts were sold before being pulled from distribution. In addition, Kylie and Kendall Jenner’s lawyer Todd Wilson claims that the duo had no role in making and designing the t-shirts.

Let’s see how this suit unfolds.

Fashion photographer Michael Miller is suing the Jenner sisters over the uncredited use of the photos he took of Tupac and Biggie on their t-shirt collection.

Miller is seeking a compensation of US$150,000 per copyrighted image, reports The Fashion Law.

The amount is expected to increase, depending on the number of t-shirts sold and produced by the Jenner sisters.

As of today, neither Kendall nor Kylie have disclosed the exact number of tees produced that bear Miller’s copyrighted images.

To rub salt into the Jenner sisters’ wounds, the photographer also released a statement stating that he would never want to work with the Jenners, especially Kendall.

Miller cited the model’s disastrous PR stints as reasons for not wanting to work with her, referring to her involvement with Fyre Festival and Pepsi.

The issue over the duo’s vintage t-shirts first started when the collection received major backlash on Twitter in June 2017.  The shirts designs of the Jenner sisters’ faces and initials plastered over portraits of Tupac and Biggie.

Then, they were served letters by the estates of Biggie and Jim Morrison.

Following that, both Kendall and Kylie issued apologies online. The t-shirts have also been pulled from the Kendall + Kylie e-commerce website.