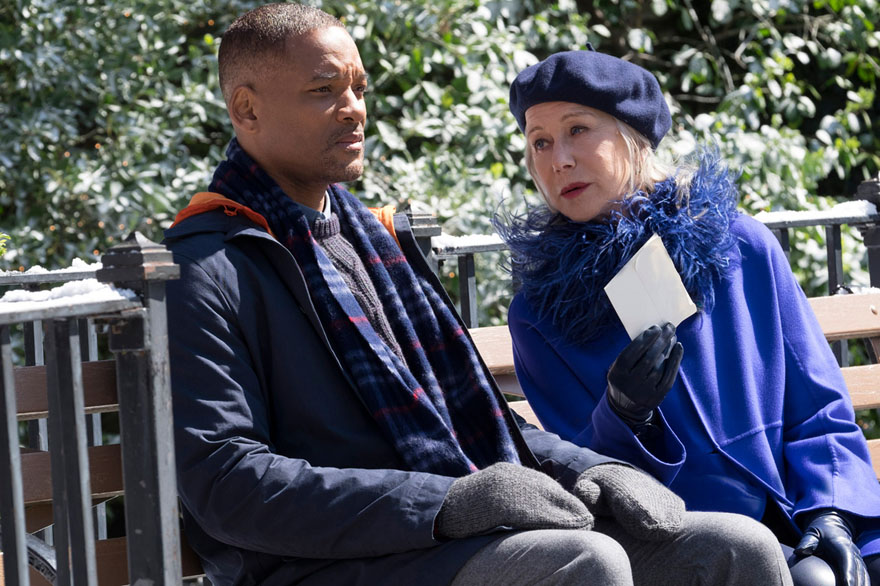 Howard (Will Smith), once a successful advertising executive in New York City, suffers an emotional meltdown, only finding solace in sending letters to entities Love, Time and Death. His friends, desperate to save him from tragedy, put together a plan that sees Howard receiving personal responses from those he sends his letters to. Prepare the tissue ‘cos this movie has all the makings of a tearjerker.

Collateral Beauty will be out in cinemas on 5 January 2017. The movie that got tongues wagging about Brad Pitt’s rumored affair with Marion Cotillard, Allied sees the romance between Canadian intelligence officer Max Vatan (Pitt) and French resistance fighter Marianne Beauséjour (Cotillard) put to the test as they deal with the pressures of war and suspicions that Beauséjour is in fact, a German spy. When an alien species arrives on Earth, expert linguist Louise Banks (Amy Adams) becomes the link between mankind and the extraterrestrials, whose intentions are unknown. In a bid to find answers before war breaks out, Banks will have to take a chance and risk her life to communicate with what could be humankind’s biggest adversary yet. Split could very well be M. Night Shyamalan’s return to glory, following a string of box office flops. The story centers on Kevin (James McAvoy), a twisted man with 24 split identities, and how his disorder will cause harm to a trio of unfortunate victims, who must play the same mind games to escape from his clutches.

It’s nice to see Vin Diesel reprising the role of Xander Cage, the government operative who emerges from exile to save the day once again. Going up against a range of opponents, led by Xiang (Donnie Yen) , Cage must prevent Pandora’s Box, a device that allows for military satellite control, from falling into the wrong hands. Keep a look out for a cameo appearance by famed footballer Neymar Jr. in this upcoming film.

Read More: 2016 Gets Turned Into a Horror Movie