Mark Ong, better known as SBTG, is a pioneer in the Singapore sneaker scene. 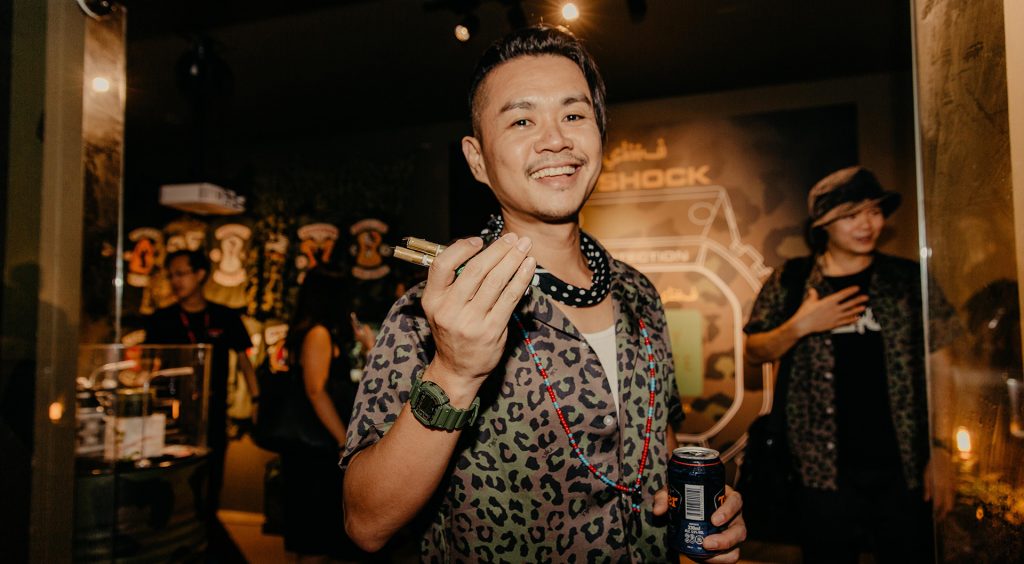 With countless collaborations under his belt, Mr SBTG reminisces about his past works on his Instagram.

Mark Ong has been an OG in the sneaker game both in Singapore and internationally, with his earlier works dating back to the early 2000s. A sneakerhead at heart, Mr SBTG is known for his famous camo print that has graced the likes of a Nike SB Dunk Low, a credit card and even a Be@rbrick, to name a few. With the start of the new year, the sneaker customizer has taken to Instagram to showcase some of his works over the years, naming the series “SBTG Retrospective”. Here are some of our favorites from his series so far.

We’ll start off with the first item in Mark’s retrospective. Not many people get to collaborate on the Nike SB Dunk Low, the sneaker that arguably set off sneaker culture all around the world. Joining the likes of Stussy, Futura and Stash, Mr SBTG is the only Singaporean to have made his mark on the silhouette. Dressed in his signature camo, the Nike SB Dunk Low x SBTG pair will go down in history as one of the best to come out of Singapore.

The Be@rbrick by Medicom is arguably one of the most popular “toys” in the industry. Coming in many different sizes, the Be@rbrick takes popular characters and reimagines them as bears. Mr SBTG got a chance to put his own twist on the figurine and released it in two different sizes, a 100% and a 400%.

A noted inspiration for his recent Limited Etd. x Asics collaboration, this inline Thrasher model showcases Mark’s creativity and outgoingness. Slapping on a lace cover and adding the crossbones to give a unique look to the sneaker shows his adaptability to customize any sneaker. An avid skater in his early days, the Thrasher collab must’ve been a big achievement for young Mark.

Sbtg retrospective : out of the many things that we reimagined in camouflage , this Globetrotter luggage sure is one of a kind . Commissioned by @tangssg and purchased by @djbigboycheng Circa 2014.

Not many people can say they designed a suitcase, especially not one with the heritage and reputation that Globe-Trotter has. Again, this is an example of how SBTG is able to adapt and reimagine different items in his signature camouflage. We absolutely adore the interior skeleton graphic, it’s like someone was hiding inside.

With his signature camouflage and even the name of his brand, SBTG Surplus, having strong ties to the army aesthetic, Mark was bound to create a product embodying the army lifestyle. This collaboration with Amongst Few and G-Shock is one of our favorites for its strong concept and presentation, coming in a rifle case. The custom Air Max 1s and Jordan 1s were a special treat too.

Make sure you follow Mark Ong on his Instagram to get the latest in his SBTG: Retrospective series.

What are some of your favorite Mr SBTG collaborations? What would you like to see him customize next? Let us know in the comments below.