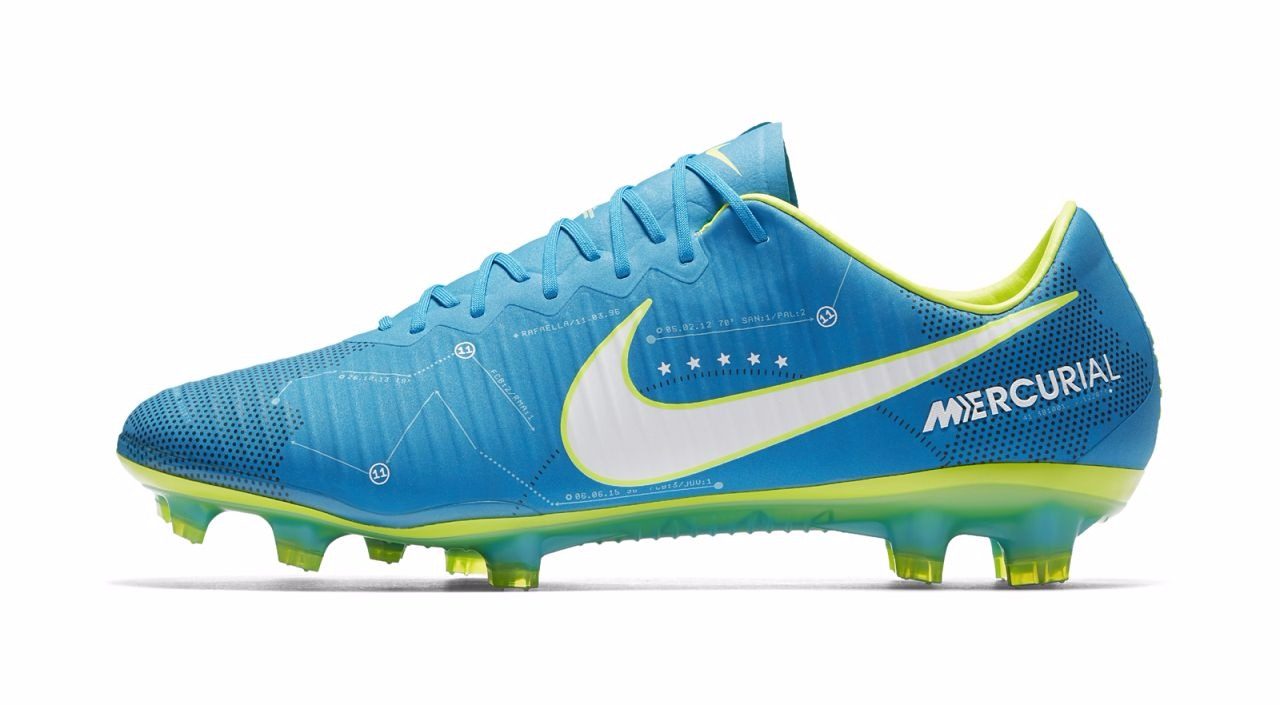 The Nike “Written In The Stars” Mercurial Vapor celebrates the major accomplishments in Neymar’s in life.

The boot features a striking blue upper with lime green accents and white Nike Swoosh on the sides. It also comes with constellation graphics that represent key moments in Neymar’s life and football career.

They include his debut goal for the Brasil National Team and last summer’s gold medal win in the Olympics. His winning goal in the 2015 Champions League Final is also highlighted on the boot.

Neymar even honored his family by including the birthdays of his sister and son. Other career achievements include his 100th career goal on his 20th birthday and his legendary goal against football rival Villarreal.

“I grew up wearing Mercurial as a kid, so it’s like a dream to have my story on this boot,” said Neymar Jr in a statement. “It means a lot that it’s not just about me, but my family and the moments I shared with great teammates on the pitch.”

Neymar Jr.’s “Written in the Stars” Mercurial Vapor drops on July 28 at Nike Miami and July 29 on Nike.com. Pricing for the shoe has not been announced.