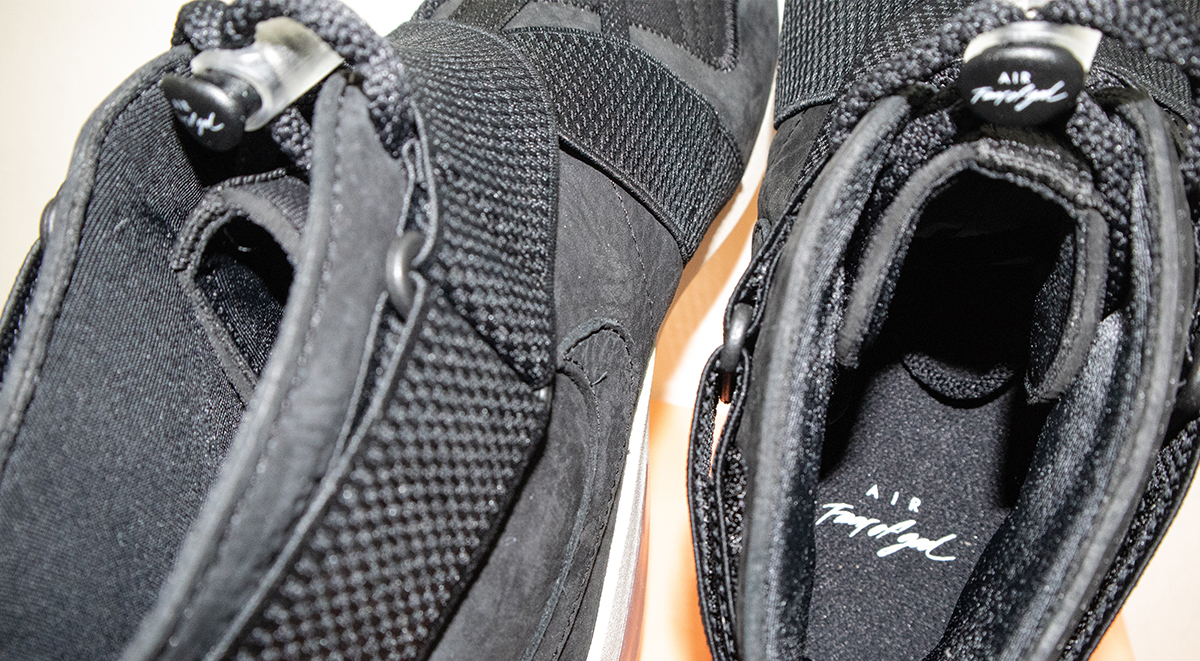 Thankfully, we’ve got our hands on the coveted Nike Air Fear of God Raid in Black early. Here’s all you need to know before copping.

Nike has taken the year by storm with a whirlwind of sneaker collaborations. But none comes close to the partnership with Jerry Lorenzo’s Fear of God. While Virgil Abloh set the ball rolling in 2017 with the deconstruction and reinterpretation of Nike’s ten most iconic sneakers, Lorenzo’s collaboration effort almost seems like poetic reconstruction. Rarely has it been the case that a collaborator gets to build a sneaker from the ground up. While the upcoming Nike Air Fear of God Raid is a modern remake of Nike’s Air Raid, there’s no doubt that Lorenzo’s refined design aesthetic and influence played an important part in the creative process. Get a closer look and check out our guide to copping the strappy mid-top sneaker that’s launching this Friday, May 17. 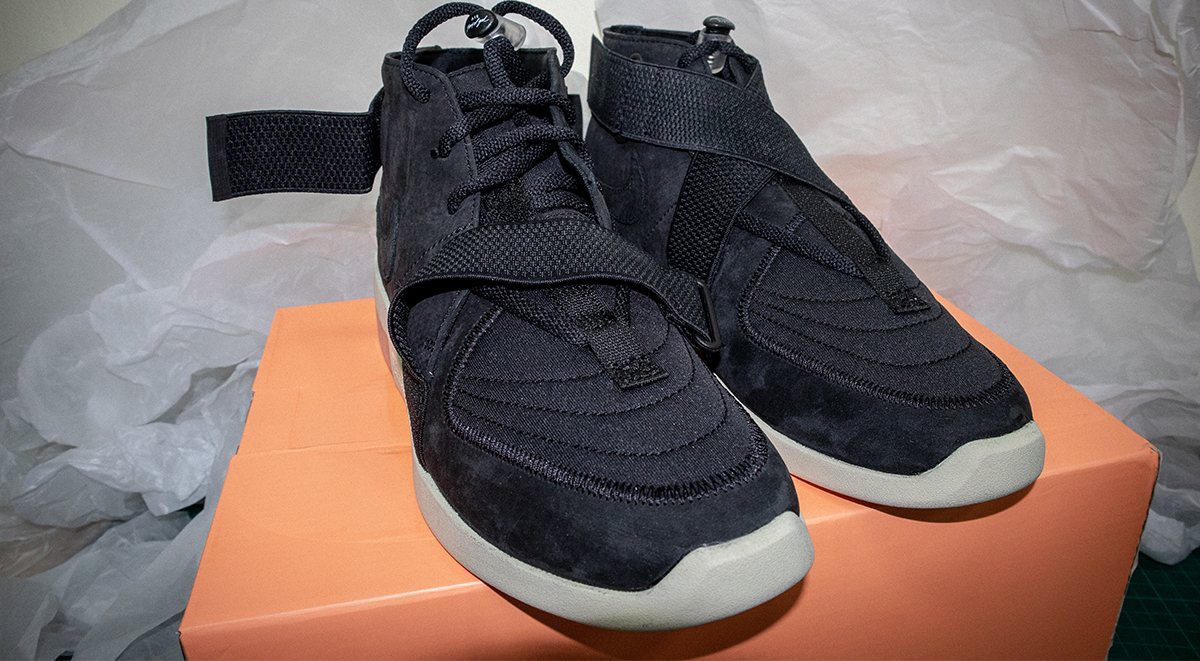 Following the clean “Light Bone” release last month, the sneaker arrives in Black this time around. While some of the details are drowned out with this darker shade, the luxurious touch and feel is nothing short of immaculate – from the brush of the lush suede across the upper to the glistening mesh/neoprene toe box lined with premium stitching. Zooming in on the interior, the Nike Air Fear of God Raid features a generous amount of padding. That, coupled with the hardy criss-cross straps across the midfoot and toggle lace-lock, will give you a customized fit that hugs pretty well.

Key tip: cop half a size bigger if you don’t fancy a snug fit.

The Nike Air Fear of God Raid in Black (S$239) launches this Friday, May 17, together with two new Nike Air x Fear of God Moc (S$229) colorways in Particle Beige and Black.

Where to buy:
Nike.com from 10am, or DSM Singapore (in-store) and DSM E-Flash online from 11am.

What do you think of the Nike Air Fear of God Raid? Did Jerry Lorenzo kill it with this one? Sound off in the comments below.

Read more: The Jordan without its swooshes: On-feet look at the next “Defiant” series colorway