“The Grail” makes a comeback just like Mike in ’95

“The Grail” makes a comeback just like Mike in ’95

The Air Jordan 11 Concord has long lived in the memories of sneakerheads and basketball fans since its debut in 1995. After a 17-month long hiatus, Michael Jordan marked his return to the game wearing a never-before-seen sneaker, the Air Jordan 11 Concord, now described as the greatest sneaker of all time

The Air Jordan 11 Concord was as much the focal point as was Michael Jordan’s return to basketball in 1995. The Grail of sneakers is set to make a monumental return this December.

Before it drops, here are 11 things to know about the sneaker, including its history and impact on basketball and sneaker culture.

1. The Air Jordan 11 Concord will be released again in December 2018 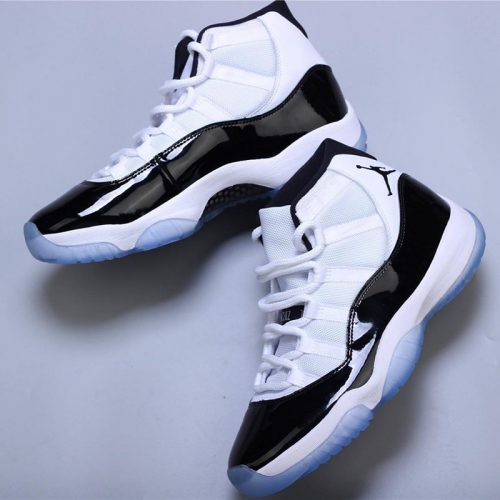 It has been seven years since the last Air Jordan 11 Concord colorway was publicly released and to say that it has been a long time coming is a gross understatement for what many have deemed “the grail” of sneakers. If you’ve spent decades trying and failing to get your hands on a pair, keep it locked on Nike.com on December 8 for your chance to get the Air Jordan 11 Concord sneakers.

The 2018 iteration comes in the iconic OG colorway with slight changes in the details. Besides the number 45 on the heel, the shoe comes with a higher cut patent leather compared to past Concord releases. 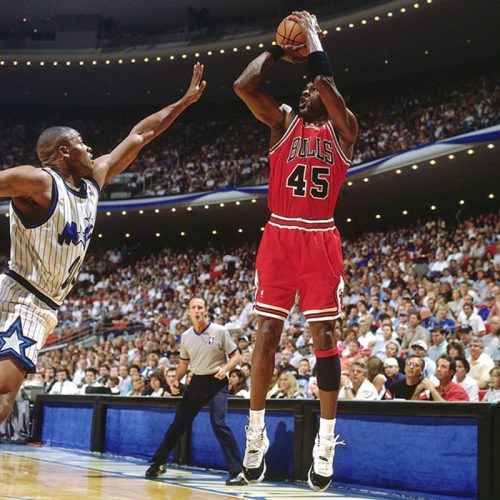 Jordan marked his comeback wearing the number 45 instead of 23. The change in number signified a new beginning

Jordan was famously known for wearing the jersey number 23. But the first-ever AJ 11 didn’t come with the number 23 on the heel of the shoe. Instead, MJ walked on court in AJ 11s bearing the number 45, which he took upon his return from retirement.

Why 45? Well, prior to his return to basketball, Michael Jordan tried his hand at Minor League Baseball and used the number 45 – the number he wore playing baseball in his youth. Speaking of the number change, Jordan said, “When I came back, I didn’t want to play in the last number that my father had seen me wear. Because he wasn’t around, I thought of my return as a new beginning.” Jordan enjoyed an incredible season, in part due to the Air Jordan 11 shoes he wore

Not only did the Air Jordan 11 signify the return of Michael Jordan, it was also the shoe that took Jordan and indeed the Chicago Bulls to reach a record-breaking 72 wins in the 1995-96 season. The AJ 11 was Jordan’s footwear of choice when he dominated the All-Star game and bagged the MVP award. It was the shoes he wore when he shot to championship victory in the 1996 Finals, leading him to bag the Finals MVP award. If there was a shoe that symbolized greatness, that was it. The Air Jordan 11 earned a place in history alongside the sporting victory some say it helped MJ achieve. 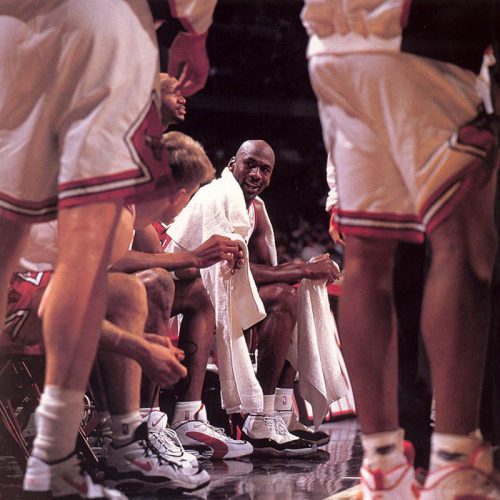 The AJ 11s aren’t just a sneakerheads’ favorite, Michael Jordan himself had a soft spot for them

The Greatest of All Time has said that the Nike Air Jordan 11 ranks at the top of his list of favorite sneakers. It’s easy to see why. The Air Jordan 11 Concord was the comeback sneaker MJ wore for his first full (and really successful) season back from retirement, and, the sneakers are arguably the classiest iteration in the entire Jordan lineup.

5. The Air Jordan 11 Concord isn’t entirely in a Concord color 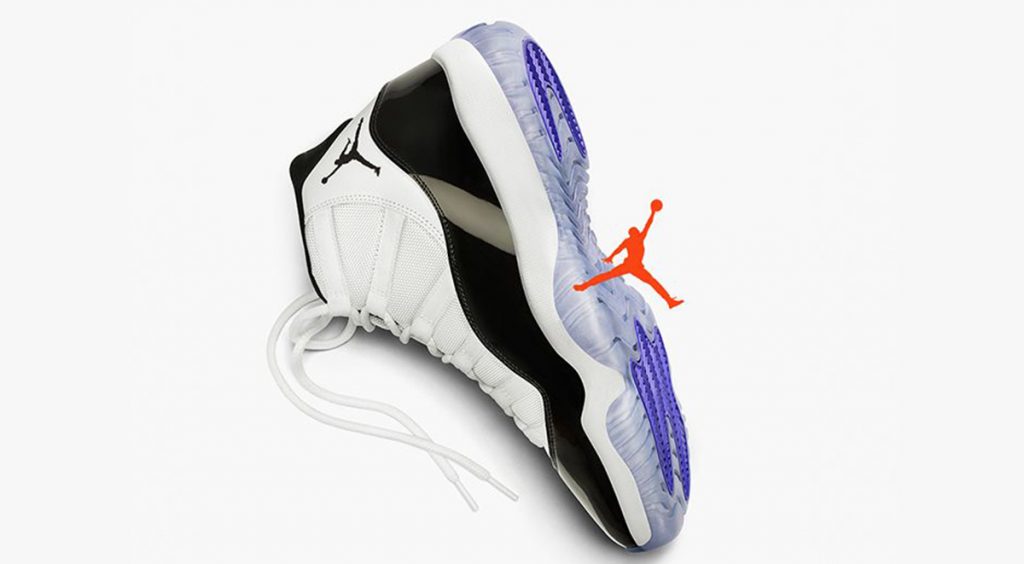 Air Jordan 11 Concord: all in the details

To be clear, even though the sneaker might be named “Concord” – a grape-like color – its uppers are in black and white. The Concord colors are applied to the tiny Jumpman logo in the middle of the lacing system and to the translucent soles. Why Nike named a predominantly black and white sneaker “Concord”, we’d never know. All we know is the name sticks and everyone wants a pair.

6. The Air Jordan 11 Concord courted trouble with the NBA 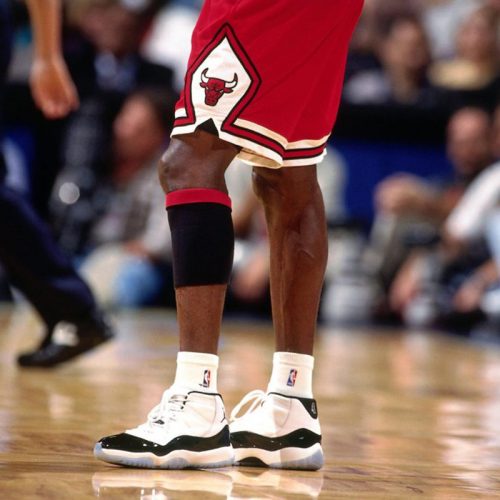 Michael Jordan always had something special to offer, but no one expected the revolutionary sneaker he debuted in 1995, least of all the NBA

7. The Air Jordan 11 Concord isn’t the only popular colorway in the lineup

The Concords may be one of the most covetable sneakers in the world, but in the iconic Air Jordan 11 lineup, there are other colorways that are just as popular. You only have to take a look at the Air Jordan 11 Columbia – the sneaker Michael wore in the 1996 All-Star game. Of course, there’s no denying the significance of the “Space Jams” especially when it appeared in the namesake Hollywood movie, which starred Michael Jordan himself. Then there’s the Air Jordan 11 Bred – one that would go down in history as the sneaker Michael wore when he clinched the 1996 NBA Championships.

8. Releases of the sneaker are often chaotic 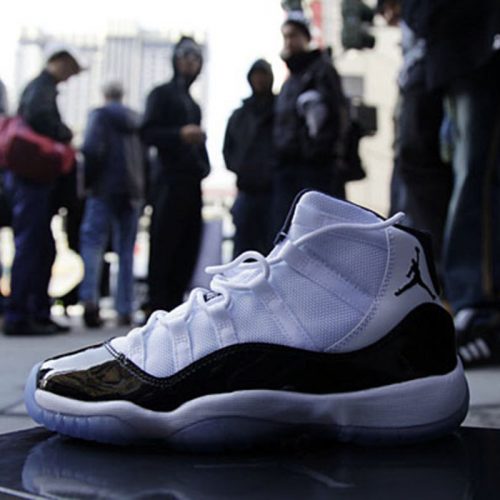 Never a dull moment whenever the Air Jordan 11 Concord drops

The hype for the Air Jordan 11 Concord was real. The first retro release in 2000, five years after the original, was an instant hit. In fact, every retro release has been met with chaos due to the demand for the sneaker. Imagine lines spanning thousands of people, damaged property and police intervention, all for a sneaker. Can we blame the people? From the patent leather – never before seen on a performance sneaker prior to its debut in 1995 – to its storied history, the AJ 11 Concord deserves the cult status it has attained.

9. It had an unforgettable commercial

The sneaker that’s etched in basketball history deserves a memorable commercial and boy did the Air Jordan 11 Concord get one. The 28-second ad sees MJ with a basketball in hand, facing the tallest hoop we’ve ever seen. Of course, the legend isn’t fazed. Fitted with a pair of AJ 11 Concord, MJ takes flight and dunks the ball straight into the net. The ball falls to the ground, but we see MJ clinging onto the hoop. Truly, the Jumpman in action.

10. The Air Jordan 11 Concord isn’t made just for basketball 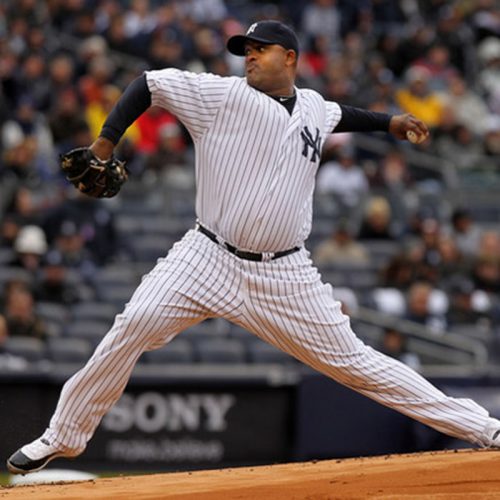 The revered Air Jordan 11 Concord wasn’t just spotted on the hardwood, an exclusive cleated version was also seen on the feet of New York Yankees’ C.C. Sabathia on the opening day of the 2011 Major League Baseball season. It would be interesting to note that the player is one of the few athletes in MLB signed to the Jordan brand.

11. The classiest pair of sneakers the world has ever seen 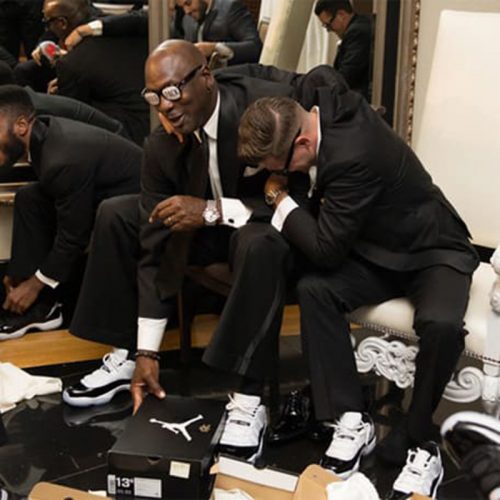 Jaw-dropping on the hardwood, eye-catching on the ballroom floor

The sleek shape of the sneaker together with the patent leather that runs entirely from toe to heel just atop the midsole of the shoe makes it quite the classy pair. Reiterating that notion, Michael Jordan even wore the Air Jordan 11 Concord – the low top ones – to his brother-in-law’s wedding. If it’s classy enough on the court, it’s classy enough for a wedding.

The Air Jordan 11 Concord has had a big part to play in basketball and sneaker history. As the shoe’s tagline reads: “Tinker made them shine, Mike made them Fly, You made them iconic.” Get yours from Nike.com on December 8.

Would you cop? Let us know in the comments below.

The product(s) featured above will be available from our affiliate partner, Nike. We do our best to recommend item(s) that are relevant to you.

Read more: Nike React ISPA: The newest silhouette from Nike made for the urban commuter