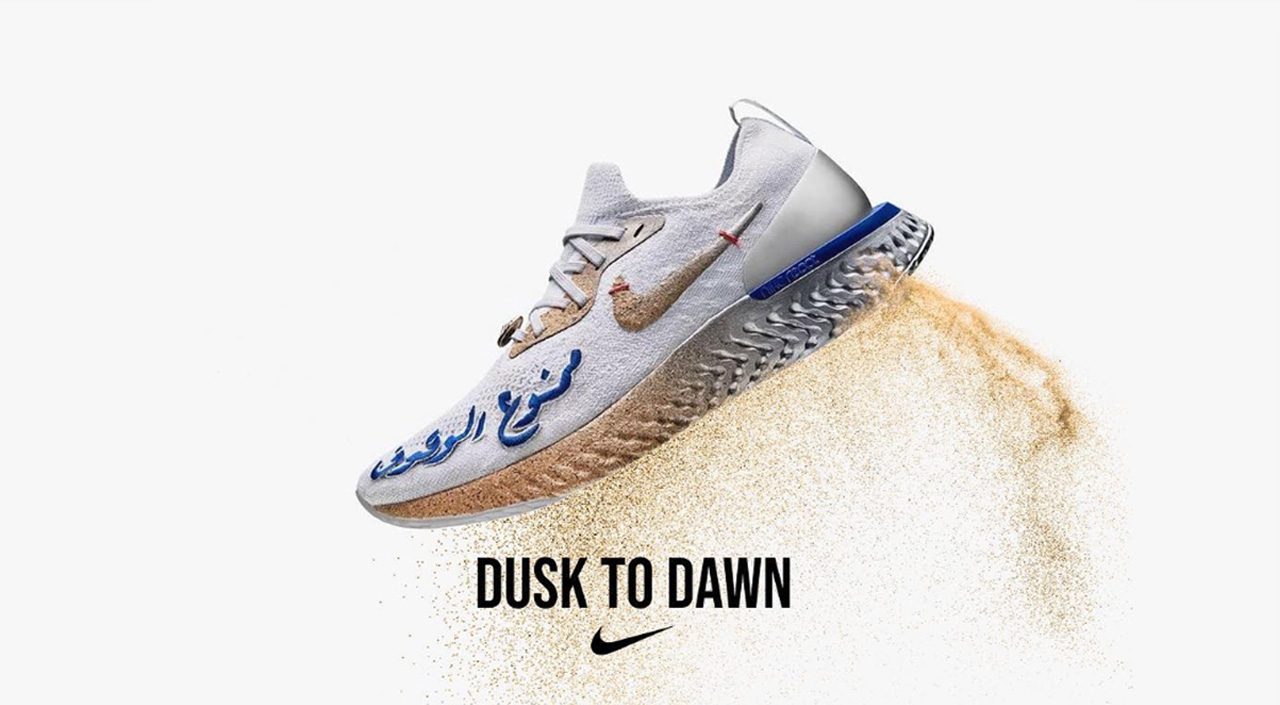 It won’t be easy getting your hands on the Nike Epic React Dusk to Dawn shoes. 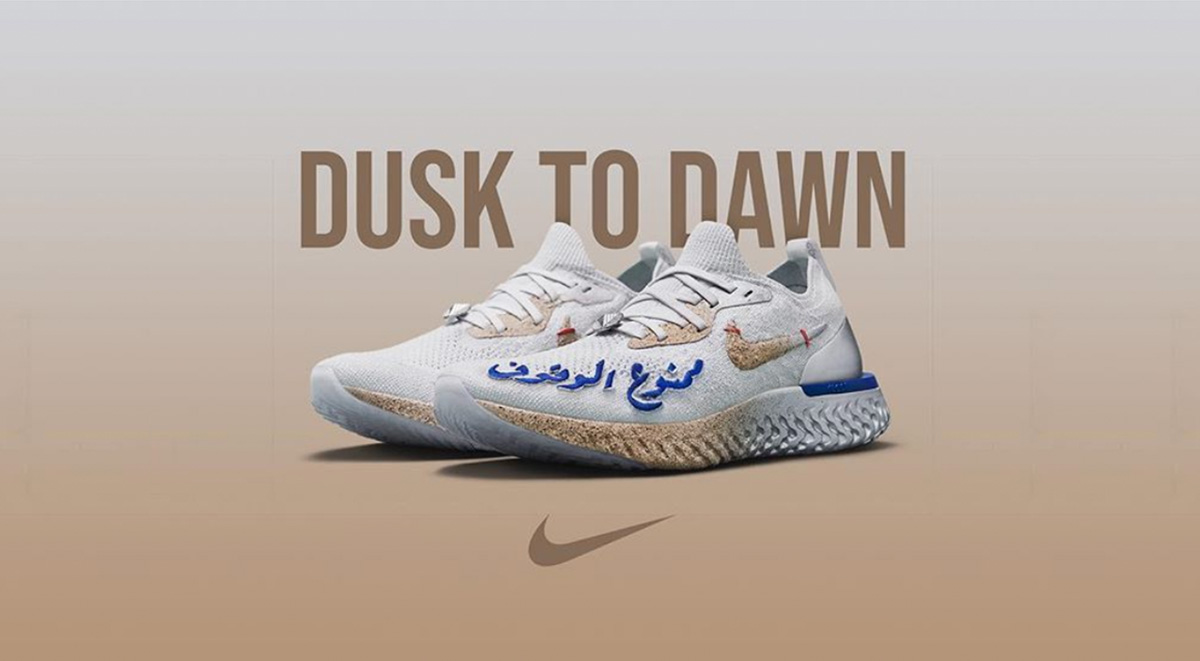 Nike Running Club app users will have to run for their chance to win this pair.

Designed by Saudi-based artist Ali Cha’aban, the “Dusk To Dawn” sneaker will be limited to just 30 pairs worldwide. It will be released via raffle within the United Arab Emirates and Saudi Arabia. To take part in the raffle, participants will have to complete two runs anytime between 6pm and 6am, and run for a distance of at least 2km per run, while using the Nike + Run Club app before June 14.

The Nike Epic React Dusk to Dawn is inspired by the artist’s hometown of Lebanon. It boasts a clean white upper that is contrasted by pops of gold, royal blue and red in its detailing. The upper is adorned with a gold/silver Swoosh with red stitching. Further metallic gold and silver elements are featured throughout the sneaker in its laces, midsole and silver heel tab. The Arabic text embroidered in royal blue translates to the phrase “never slowing down”.

Would you run for these? Let us know what you think about the Nike Epic React Dusk to Dawn in the comments below.