In honor of Sandy Bodecker, here’s our selection of the top 10 Nike SB Dunks

In honor of Sandy Bodecker, here’s our selection of the top 10 Nike SB Dunks

The Nike SB Dunk creator, Sandy Bodecker, may have just passed away, but SBs will live forever. 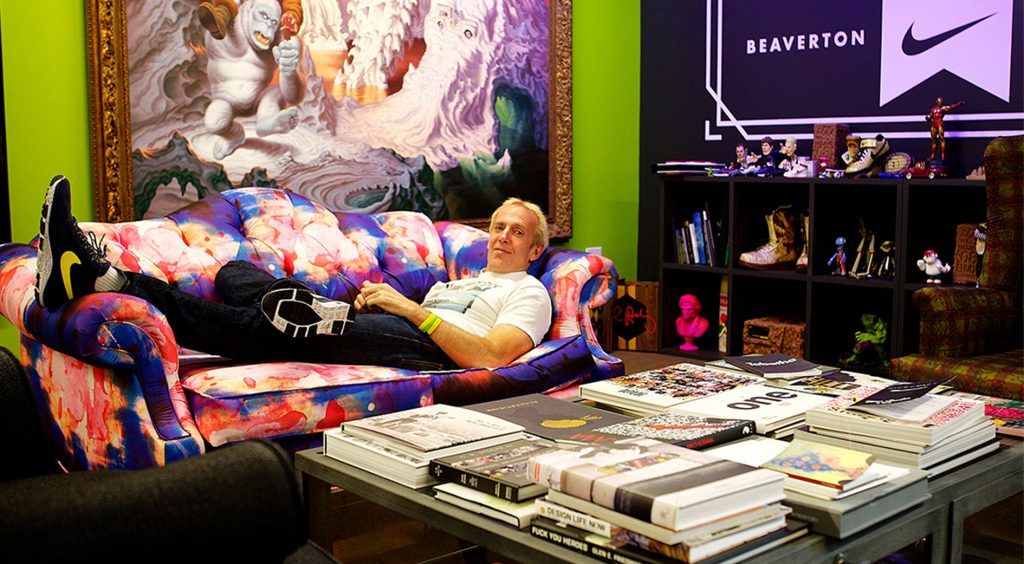 The Nike SB Dunk has been around for 16 years since its first release. In honor of the passing of Sandy Bodecker, the man behind Nike’s skateboarding wing and the SB Dunk, we trace the history of the shoe and list ten of its most iconic colorways.

There has been a resurgence in the popularity of Nike SB Dunks in recent times, in part to Travis Scott wearing a pair of WhatTheDunks for the gram. But Travis Scott aside, SBs have long had their own cult following.

Here’s a quick history lesson on the shoe before we go into our picks of the top 10 most iconic Nike SB Dunks.

How it all began

In 2002, Nike SB (short for “skateboarding”) made the bold decision to enter the skateboarding scene. Taking inspiration from the Air Jordan 1, Nike introduced a skate shoe called the SB Dunk.

The shoe came with extra cushioning on the tongue as well as added Zoom technology in the insole for extra protection when skating. Nike launched with four sneakers, one for each of their team riders (Richard Mulder, Danny “Supa” Supasirirat, Reese Forbes, and Gino Iannucci). The collection was named “Colors By” and the idea was that each rider was given the freedom to choose their own colorway.

From the outset, customization and versatility were key to the concept of SBs. The sneaker was the perfect canvas for creatives, artists and even Nike team riders to customize on and go crazy with. That set the precedence for all the SB Dunks that dropped in the years to come, and the SB Dunk was the shoe for collaborations for the better half of a decade. 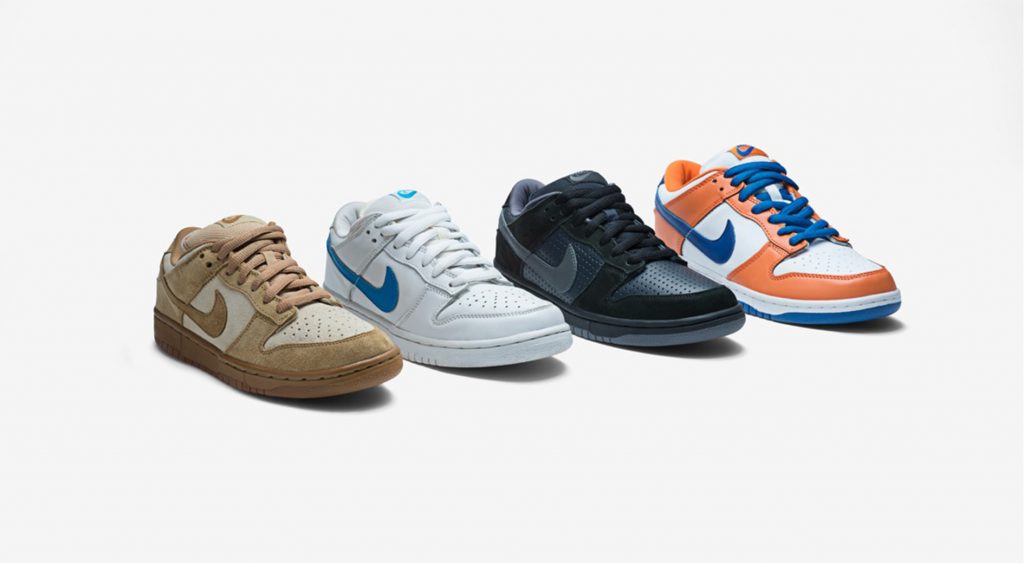 Thinking about the box

For the first year of the line, Nike SB sneakers came in the standard orange and brown box used by the company. Nike SB did not have its own shoeboxes until 2003, which is known as the Silver Box era. 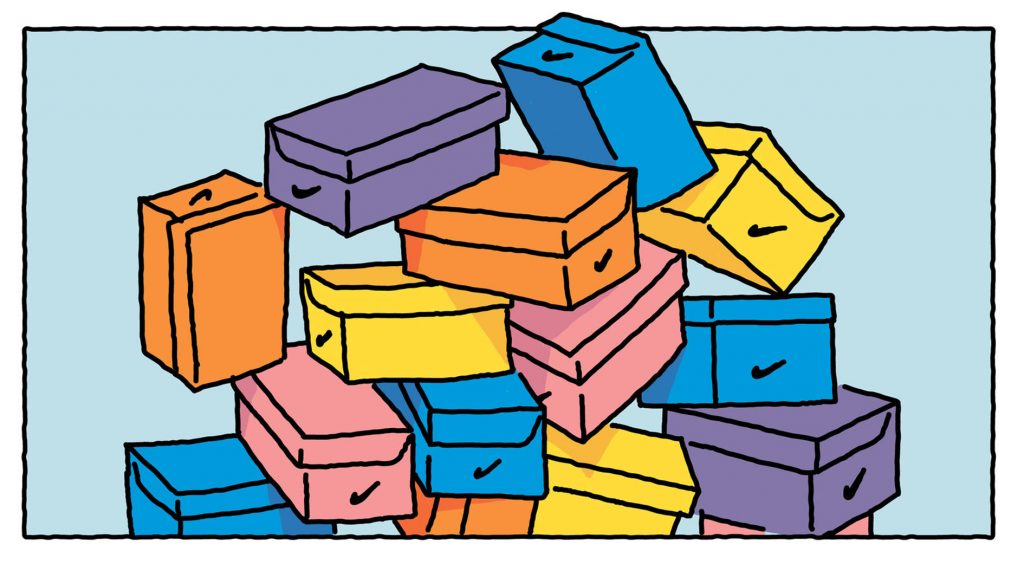 Ok enough history. Let’s get to the list. Disclaimer: the shoes on this list do not appear in any particular order, nor do we claim for it to be exhaustive. It’s our curation, so let us be.

The “What The Dunks” Dunks is arguably one of the most iconic Nike SB Dunks to have been released during the four eras in which the shoe was at the peak of its hype. Comprising 32 different elements across 32 iconic collaborations, no panel on the shoe is the same. Some of the designs of the other SB shoes on this list reference the “What The Dunk”, so see if you can figure out which ones.

Although there were three other colorways from the “Colors By” pack, the one done by Danny “Supa” Supasirirat was the one that got everyone sitting up. As it was the first Nike SB shoe to be released, it came in the orange and brown box during the “Orange Box” era. These do not even have the SB under the Swoosh on the tongue label. Known as the shoe that “started it all”, there was no way the “Danny Supa” Nike SB Dunks could not be on this list.

The “Zoo York” was Nike’s attempt to draw more eyeballs to the brand. Zoo York was one of the big players in the skate and street scene in that era and it just so happens that Danny Supa was riding for them. And thus was the “Zoo York” Nike SB Dunks born. With its black upper, gum sole and tabloid headlines detailing, this shoe was as New York as it could get. There were only 444 pairs of the sneaker released.

While technically not an SB, the AlphaNumeric Pro Bs should be viewed in the same light because of their story. Originally the first prototype of a Nike SB Dunk, these were the first Dunks to come with the padded tongue and they were limited only to the friends and family of the skate brand Alphanumeric. These were the first shoes to have any sort of logo or icon on the Dunks, which can be seen in the front panel and you can say it paved the way for many more of the same concept.

The first “Silver Box” era shoe on the list, the Heineken SB Dunks cannot be missed. Although there is actually no connection with the beer company, with its eye-catching green and red color-blocking and the star on the heel panel, the Heinekens are still one of the most sought-after pairs of SB Dunks till this day. 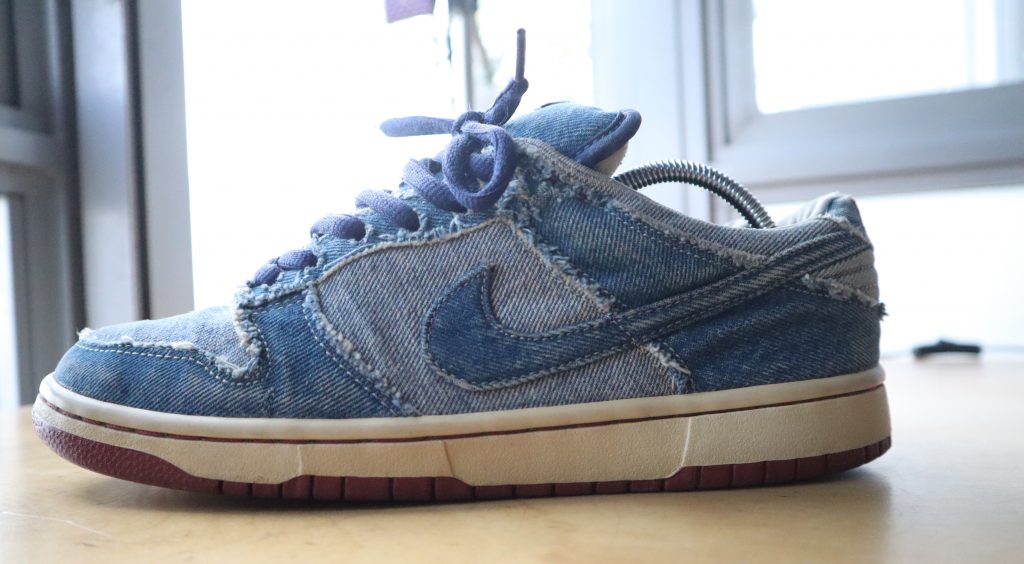 Nike team rider Reese Forbes’ denim take on the Nike SB Dunk was a game-changer. It showed that one did not have to limit themselves to the typical materials when it came to making a shoe. The raw hems and selvedge denim made these shoes an instant collector’s item. 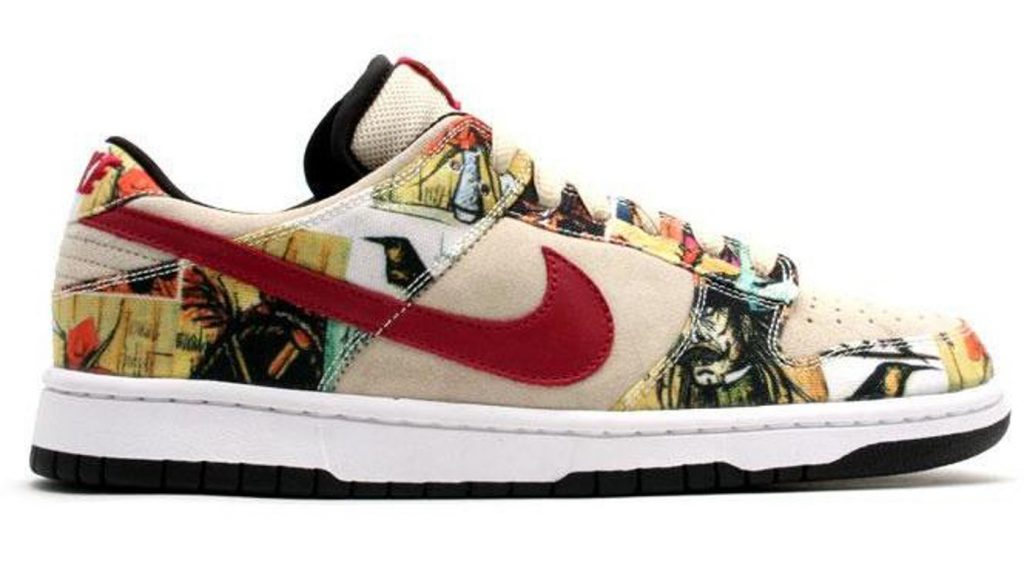 With probably the most expensive resale price tag in the whole list, the Paris Dunk from the “City Pack” is probably one of the most heralded shoes in the sneaker game. Considered to be on the Mt. Rushmore of Nike SB Dunks, only 202 pairs of the sneaker were released. The design was created by a French artist named Bernard Buffet and each sneaker takes some of its designs from a painting done by Buffet. No panel on any one of the 202 pairs is the same as the other.

Launching in the same year as the original release of the Dunk, this marks the first time Supreme and Nike SB came together to collaborate. Taking inspiration from the Air Jordan 3 with the elephant print, these sat on shelves when they first dropped. Now, they are the grails of some and safe to say one of the most difficult to obtain. 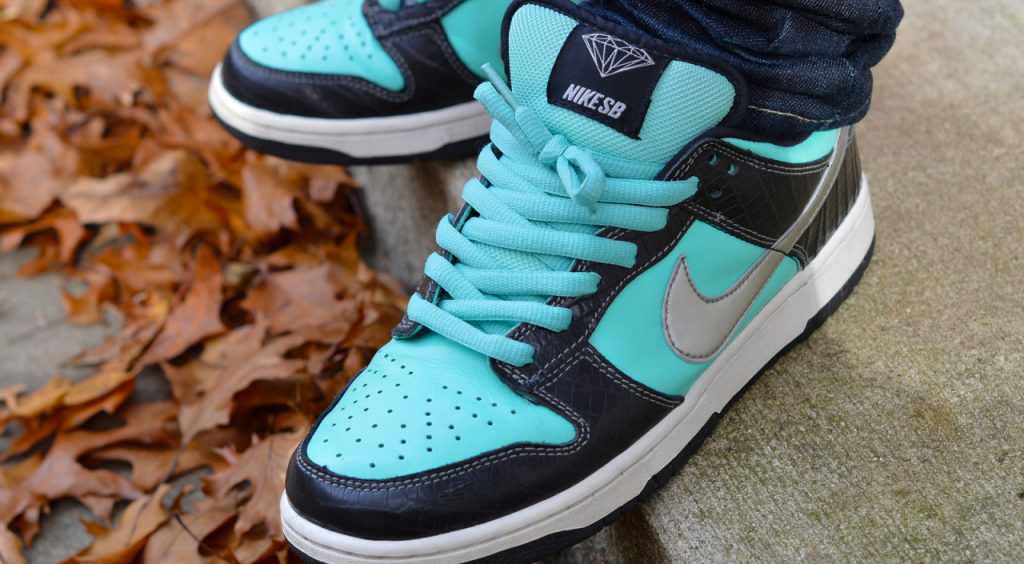 Arguably one of the two SBs that propelled the Nike SB Dunk to mainstream popularity (the other being the Pigeon Dunks, which we’ll get to in a bit), the “Tiffany” Nike SB Dunk was designed by Nick Tershay of Diamond Supply Co. Part of the “manager” series, a spin-off of the original “Colors By” series, this Nike SB Dunk might own the title of the most popular SB Dunk in the collection. With black alligator leather, a chrome Swoosh, and the famous Tiffany colorway, this shoe is a grail for tons of sneakerheads out there. This is the first “Pink Box” Era sneaker on the list and many would say it was this era that cemented the SB Dunks’ position as the most sought-after shoe of the time.

The launch of this shoe caused a riot. Literally. NYPD had to shut down the launch and the first 20 in line who were able to get the shoe had to be ushered out the back of the store and rushed into cabs. Part of the “City Pack”, similar to the Paris Dunks, these were arguably one of the pairs that caused the Nike SB Dunk to rise to stardom. With the now iconic Staple Pigeon on the heel of the shoe, combined with the Cool Grey suede upper and pink highlights, this shoe is also up there in the Mt Rushmore of Nike SB Dunks. Only 150 pairs were made, and these are the absolute grails of not just SB collectors, but of sneakerheads in general.