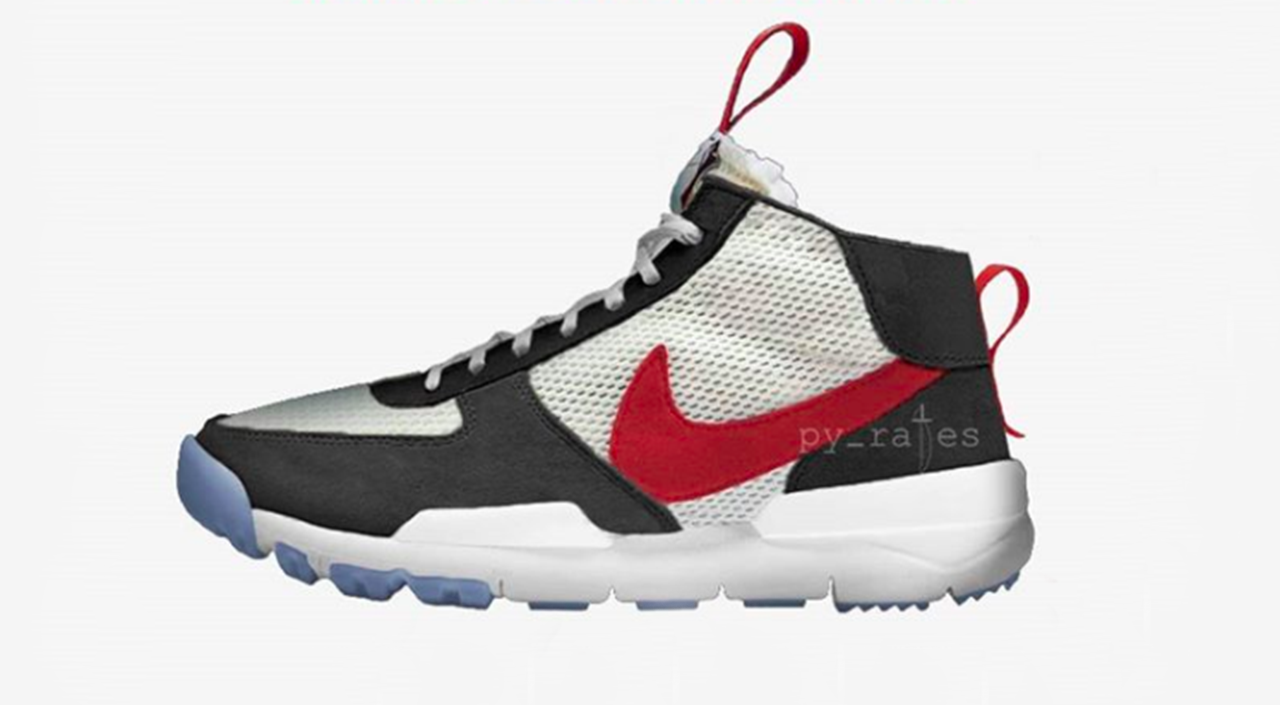 A mockup of what could potentially be the latest Nike x Tom Sachs Mars Yard Mid has surfaced online.

@Nike x @tomsachs are back with a brand new shoe dropping this September. The ‘Mars Yard Mid’ will be dropping in a White/Sport Red/Black/Cobalt Bliss colour-way. Let us know what you think to our mock up! Tag a friend who will appreciate ’em. #NoMoreSecrets ?

Judging from last year’s massive re-release of the Nike x Tom Sachs Mars Yard 2.0, this could very well turn out to be another hit.

Leaked by the often reliable @py_rates, the Nike x Tom Sachs Mars Yard Mid will supposedly drop later in September this year. As you may have guessed from the name, the sneaker will feature a new mid-top construction to go with the new Black/White colorway.

The new iteration also appears to retain the same red accents on the swoosh, heel and tongue tabs. Further details include the unique outsole – borrowed from Nike’s Special Field Boot – finished in a Cobalt Bliss color.

Tom Sachs’ first super-rare Mars Yard in 2012 was in a planet of its own, so to speak. But an issue with durability led to last year’s updated release with better materials. If rumors of the Nike x Tom Sachs Mars Yard Mid are true, it will be only the third iteration ever produced since its inception and the first time a new colorway has been applied to the Nike x Tom Sachs Mars Yard shoe.

What do you think of this new iteration? Let us know what you think in the comments below.