The Off-White x Air Jordan 5 returns in a “Sail” colorway that will probably sit better with sneakerheads than its predecessor did. 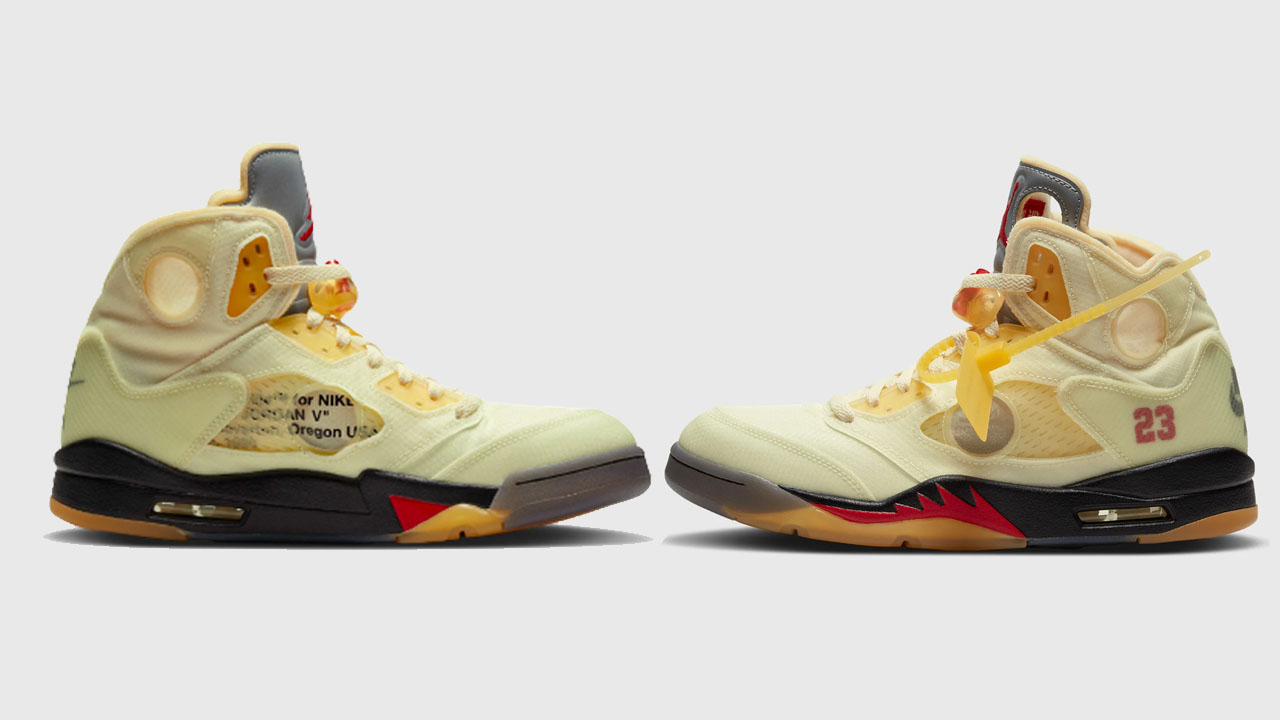 When Virgil Abloh first released his take on the Air Jordan 5 in a black colorway in December last year, people weren’t impressed. The holes in the upper and its black ripstop-like material didn’t sit well with sneakerheads.

But just as the sneaker dropped, Abloh took the chance to tease an early rendition of the Off White x Air Jordan 5 Sail or, as it was known at the time, “Plot Twist”.

The “Sail” changed how fans perceived of the sneaker. Its cream-colored upper made the unappealing ripstop texture more palatable. To some degree, it looked more like the classic white leather used on AJ5s.

Now that official images of the “Sail” colorway have been released, we can see that the midsole will come in black versus the cream midsole previously seen in the earlier renditions. This minor tweak paired with the silver reflective tongue and red flames on the midsole, the “Sail” colorway now emulates an aged “Fire Red” AJ5. Furthering this vintage aesthetic is the yellowed outsole and plastic lace eyelets. We can expect the same thin paneling all across the upper with holes on the tongue, ankle collar and medial panels. Just as Abloh preaches, sneakerheads can take a penknife to these panels and cut open the holes to really break in the kicks. Completing the retro kicks is an embroidered “23” emblem on the ankle and “Nike Air” on the heel.