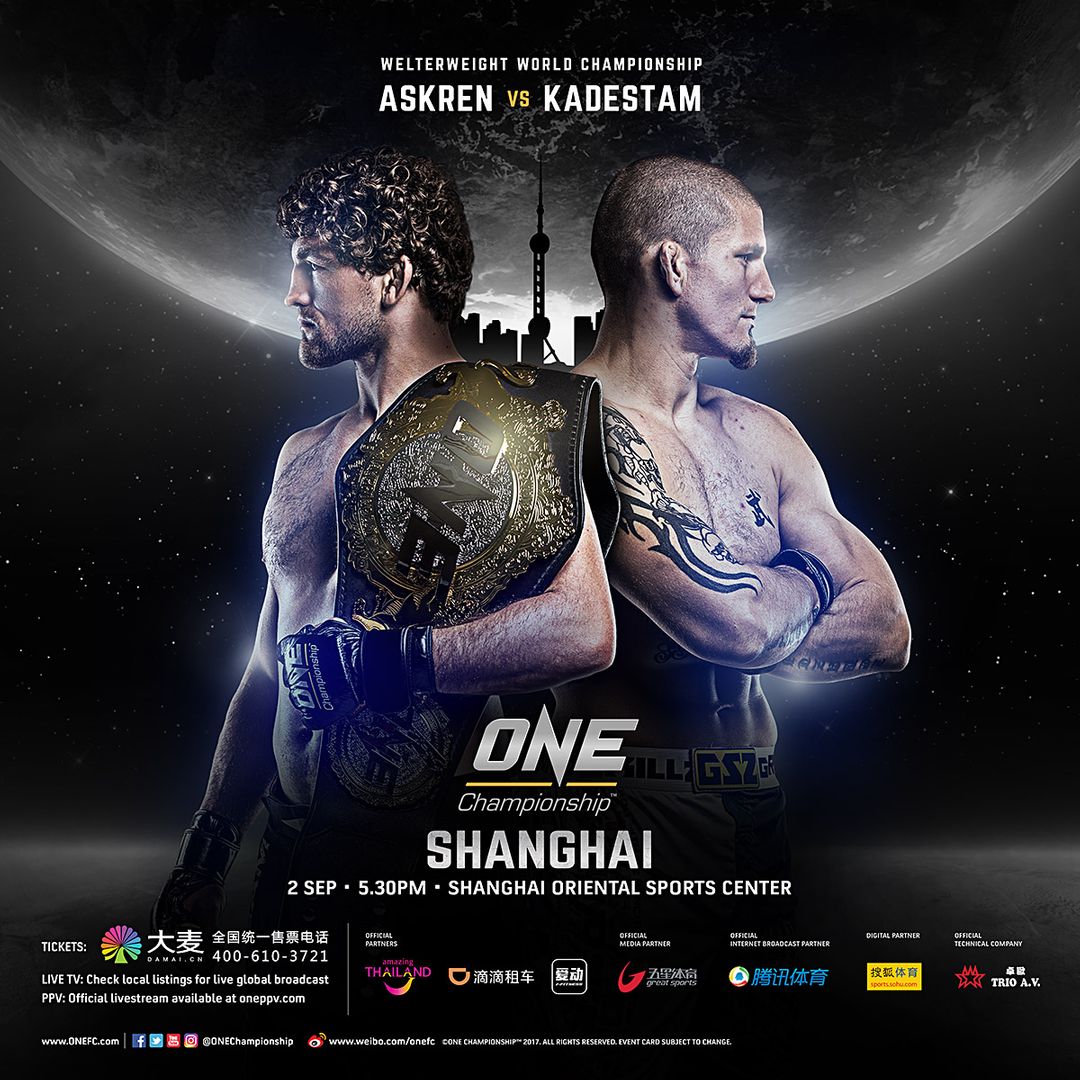 The ONE Championship Shanghai event this Saturday sees undefeated Welterweight Champion Ben Askren fight to defend his title for the third time.

Also headlining the event will be some of China’s rising stars including professional boxer Xu Chun Yan and ONE Changsha Bantamweight Tournament champion Ma Hao Bin. The ONE Championship Heavyweight Champion Brandon Vera will also be making a special appearance at the event.

Before the show kicks off, let’s take a look at the fighters and what we can expect when they step into the cage come Saturday night. 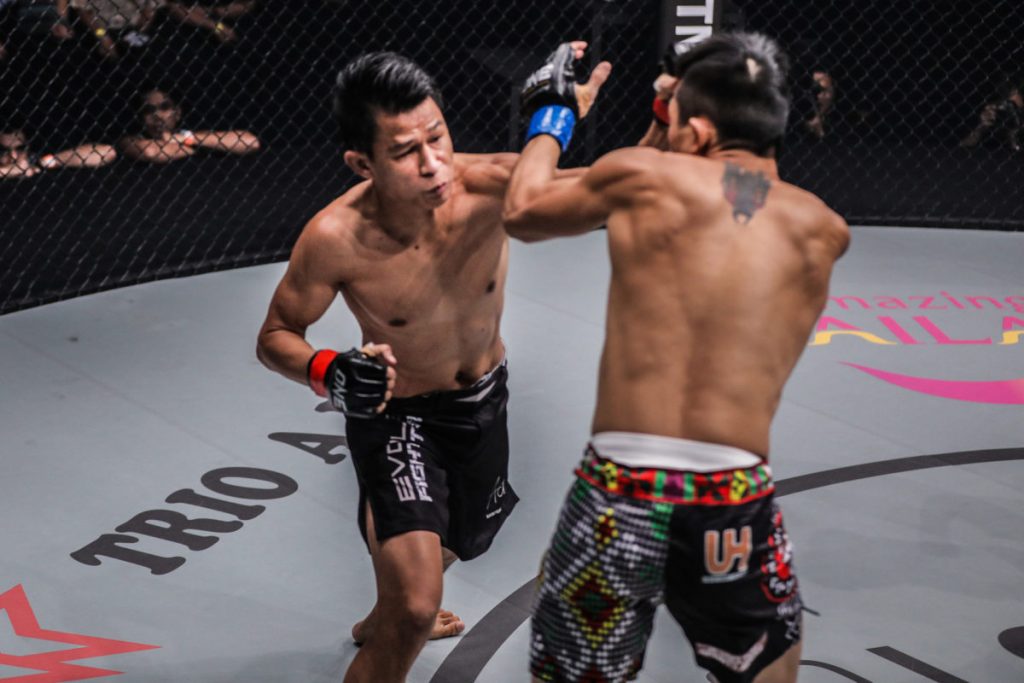 Petpayathai made quick work of his opponent, Kelvin Ong, in March

Sagetdao Petpayathai’s reputation precedes him; he’s a three time Lumpinee Champion, two time MAX Muay Thai Tournament Champion, and former WBC Super Lightweight Champion. A veritable juggernaut from the Muay Thai world. With a pedigree like that, it is almost certain we will see a display of high level striking right from the referee’s starting signal.

Across the cage from him will be Egypt’s Mahmoud Mohamed. Mohamed is coming off a loss and will be looking to secure a win after almost a year away from the sport. While a heavy underdog, Mohamed has shown his grappling capability in the cage with three of his four wins coming by way of submission.

The fight is the classic meeting of striker vs grappler. Petpayathai showcased excellent takedown defense against his previous opponent, Kelvin Ong, so it will be no easy task for Mohamed to bring the fight to the mat. Both fighters will be looking to establish their gameplan early so keep your eyes peeled for a dynamite first round.

The two countrymen will be making their promotional debuts this Saturday and both will be looking to stake their claim in ONE Championship’s Strawweight Division.

Chen’s background lies in Muay Thai but he has recently been honing his ground game, earning a blue belt in Brazilian Jiu Jitsu and winning a handful of national tournaments. His newfound skills will come in handy when he faces Peng, a man with a polished grappling resume. Capturing China’s Youth Greco-Roman Championship in 2014 was just the beginning for Peng. He transitioned to MMA in 2016 and hasn’t looked back, bringing a solid work ethic that fellow wrestling alums can attest to.

This match has the potential to be one of the best grappling battles of the night. Watch closely or you might miss an absolute clinic on the finer aspects of groundwork. 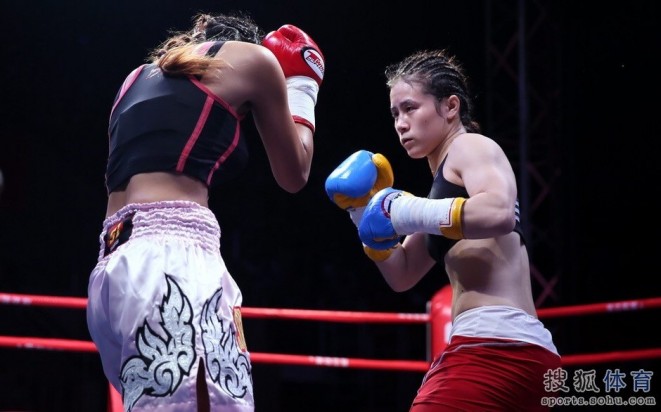 First came Holly Holm and then there was Heather Hardy – both are decorated boxers who made the jump to MMA. Xu will be joining the club; herself a WBC International Featherweight Champion on a four-fight win streak. With three of her last four wins coming by way of TKO, it is clear Xu has power in her hands.

Stepping up to face her will be Cambodia’s Eh Ya Nut, a Pradal Serey practitioner, hoping to score a win after a frustrating split decision loss in her home country. There is little doubt that this will be a stand up battle from start to finish (however short that may be!).

Hexigetu was originally slated to fight Danny Kingad in ONE Championships inaugural event in Surabaya, Indonesia. After its postponement, however, “The Wolf of the Grasslands” will now face “The Southern Eagle” Ma Hao Bin. Hexigetu is an excellent physical specimen with unpredictable movement and a solid ground game. With roots in Mongolian Wrestling and Brazilian Jiu Jitsu, three of his four wins have come by way of submission.

Ma Hao Bin is no stranger to wrestling either and when he slams his opponents, the entire arena is going to feel it. Ma captivated the ONE Championship audience with the hard hitting takedowns he landed on Chan Rothana last year.

All signs are pointing to a scrappy physical war between the two that is sure to entertain. Who said wrestling in MMA is boring? 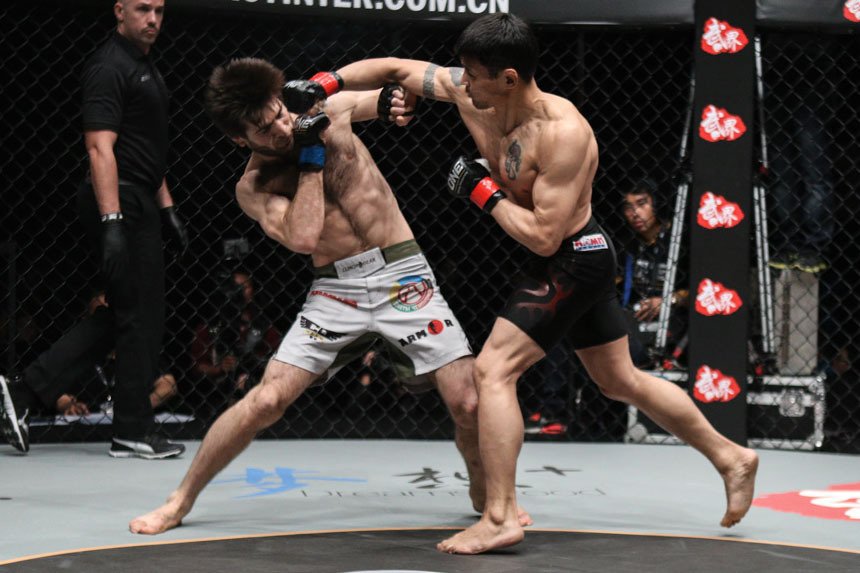 Ever dangerous on his feet, Jadambaa hopes to get back into the title picture

After failing to recapture the ONE Featherweight Championship, Narantungalag Jadambaa is looking to bounce right back into the fray against Japan’s Tetsuya Yamada.

Jadambaa is an excellent striker. He’s fought some of K-1’s best champions, knocked out Eric Kelly, and who could forget that spinning wheel kick that knocked down Kotetsu Boku? However, he has found trouble with high level grapplers such as his nemesis Marat Gafurov.

Yamada might prove to be another difficult obstacle in his path back to the belt. The Japanese is a versatile fighter with an arsenal of submissions at the ready. His last victory came by way of a vicious kneebar.

But Jadambaa seems to get better every time he suffers a defeat though and this will be the perfect opportunity for him to overcome his weakness and jump back into title contention. 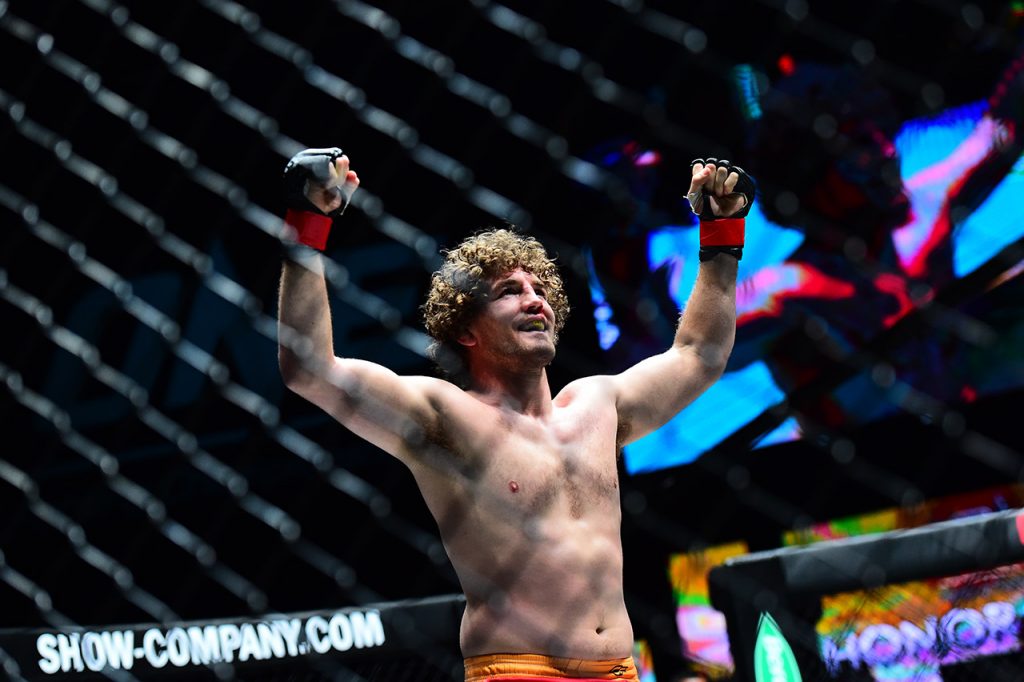 The King in the East: Ben Askren has been stalwart during his reign as ONE Championship Welterweight Champ

In ONE Championship, Ben Askren is like a rock. You just can’t move the guy off the top spot. Askren has successfully defended the ONE Welterweight belt twice but before that, he defended the Bellator strap four times. He remains undefeated in 16 fights and will be aiming to make it 17 by the end of the night.

So, what can move an immovable object? Coming off a brutal knockout victory in Singapore, Zebaztian Kadestam surely believes that he is the irresistible force in this equation. Kadestam has knockout power in his hands, legs, and knees which will make him a tough one to control. He has shown susceptibility to superior grapplers, however, in his losses to both Hakon Foss and Juho Valamaa. And when it comes to grappling, not many are better than Askren.

It will be an interesting fight that will likely come down to whether Kadestam can resist Askren’s deft takedowns. If he can somehow shrug the champ off, that’s when the real fight will begin. 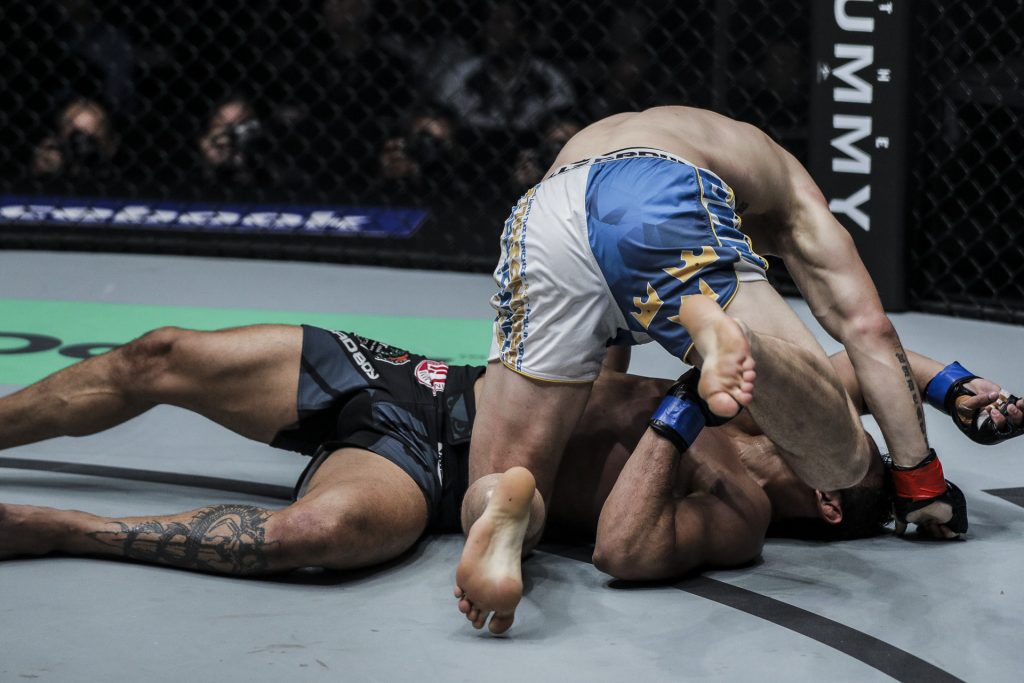 Kadestam’s vicious knees stopped Askren’s former rival, Luis Santos, in the third round of their fight

In what is hopefully the first of many visits to the city, ONE Championship Shanghai has all the makings of a memorable and exciting card. The event kicks off at 5.30pm (GMT+8) while the main card starts at 7pm (GMT+8).

Get your tickets to the fight or the pay-per-view livestream here.