Thank Yeezus It’s Friday: Kanye West’s worldwide PABLO Temporary Store set up shop at Suntec City, Singapore. People from all around the island congregated to get their hands on exclusive PABLO merchandise. 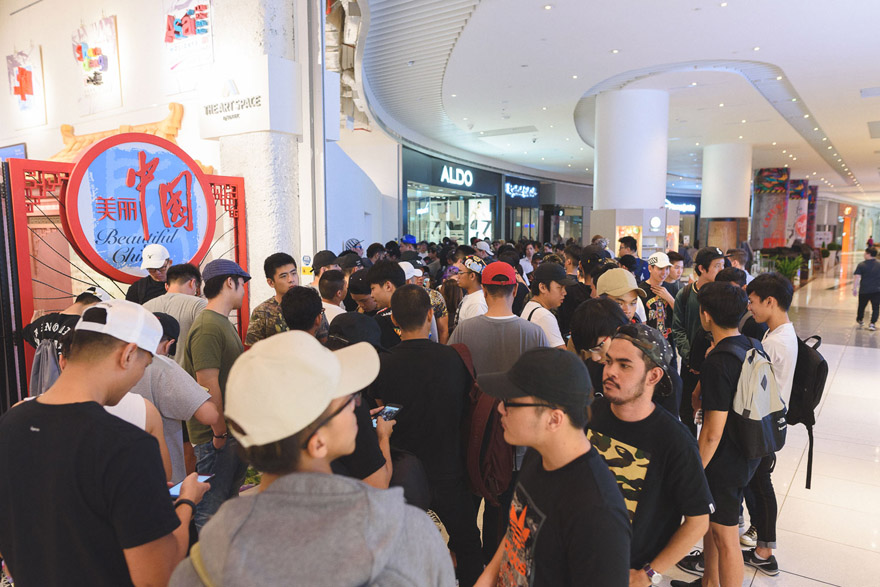 PABLO Temporary Store Singapore, located at Tower 1 of Suntec City, opened at noon today and it brought the island-nation’s streetwear-loving people in droves.

The store in Singapore – the only one in the whole of Asia – will be open today, Saturday and Sunday (August 19th to 21st) from 12pm to 8pm.

To put things in perspective, today’s turnout dwarfs the crowd that showed up to the adidas Yeezy Boost 350 ballot back in February this year.

From the moment the location was announced late last evening, many made their way down to camp out in hopes of hitting the jackpot and being among the first to cop the exclusive apparel. 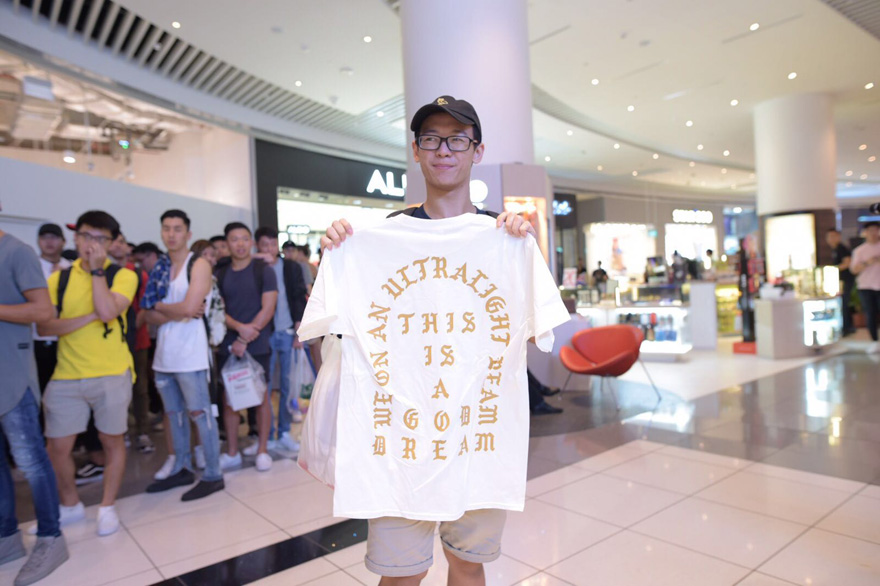 First in line was a student who only wants to be known as Ian. Staking out the place from 9.30pm last night with his group of friends, he searched high and low for the unmarked store’s location.

“We took a while to identify the exact location, as there were multiple hoarded up stores in the mall,” he said. “We peeped through a small hole at the side of the wall here and saw clothes hangers, which was a big hint that this was it.”

Although they were forced out of the building due to a “no overnight queuing” policy, Ian and his crew decided to keep things organized by compiling a list with the names of people who were lining up throughout the night.

The orderly bunch resumed queuing when the mall re-opened at 6am today, preventing the camp-out from potentially turning ugly. 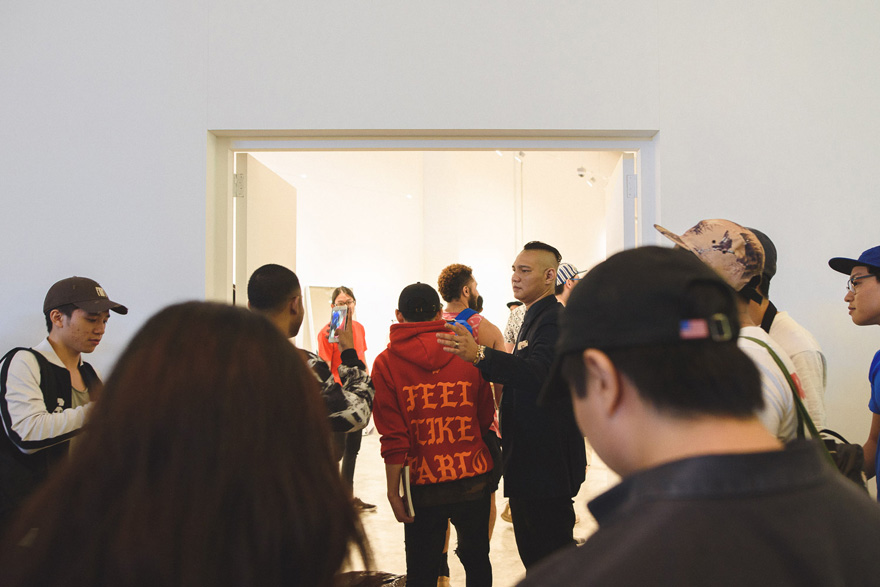 Out-of towners join in the fun

Even tourists who happened to be in Singapore lucked out. Alex Miler and Robyn Hart, travelers who came to Singapore for a last stopover before returning to London, unexpectedly found themselves rubbing shoulders with Singaporeans as they joined in the wait.

“I saw a picture of the queue on Instagram (@yeezytalkworldwide) this morning, and since we had nothing to do today, we rushed down to see what was going on,” Alex said.

“I was expecting there to be more people in the queue,” Robyn added. “When it comes to such launches, people camp out for days back in London.”

They couple also admitted that they came armed with their credit card, ready to shop. Alas, the store’s 5-items-per-person policy helped to inadvertently perform damage-control. 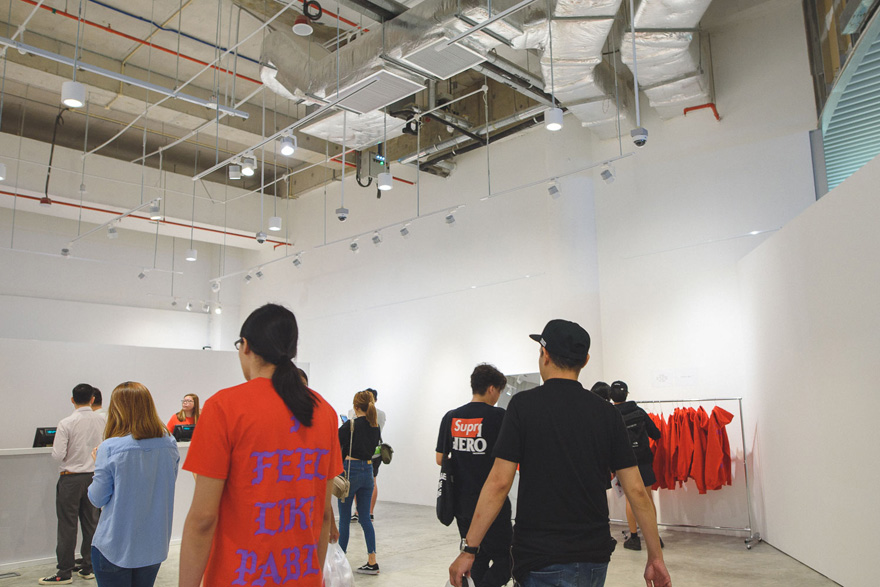 Resellers have their ways

The restriction on the number of pieces each customer is entitled to purchase poses but a weak deterrence to resellers. We espied some of them selling their loot in the vicinity of the store. A quick search on Carousell, a marketplace app, turned up many listings at inflated prices.

But with no concrete information on the exact quantities that have been allocated, this may well be a similar case to the KAWS x UNIQLO collaboration, where initial demand was quashed by a surplus in stocks.

“There are 21 stores worldwide opening for three days, which is a long time,” said Ricky Babra, an exchange student who was among the last to queue. “Because there’s so much stock out there, many people will have the opportunity to buy. No matter what, I don’t think resale prices will get that high, so resellers can resell all they want, to be honest.” Barely an hour into the PABLO Temporary Store’s opening (only 20 customers were allowed into the space at any given time), the growing crowd forced the mall management to set up a second, snaking line outside the mall.

It’s not too late to try your luck at the PABLO Temporary Store since it will also be open over the weekend (August 20th to 21st). But if you’re hoping the crowd will peter out, don’t bet on it – after all this is PABLO we’re talking about.