It’s the Reebok Pump’s 25th anniversary, and the brand has lined up numerous collaborative releases to celebrate the iconic shoe. Here’s a look at Jonathan Fong and Dexter Tan, co-organizers of Sole Superior, straating their soles in the Limited Edt x 25th Anniversary collab.

Photos by Haq Anuar
Apparel from A.P.C. and Front Row
Special thanks to Tanuki Raw 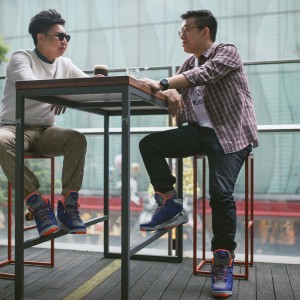 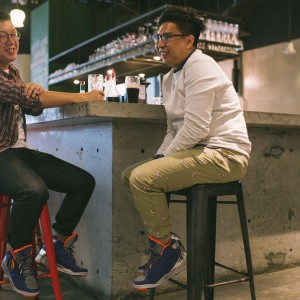 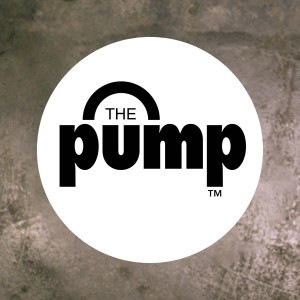 Which part of the Reebok Pump appeals to you most?
“It’s got to be the technology and history behind it. Reebok was the first to introduce the air bladder system and it was truly ahead of its time. I mean, being able to pump the tongue was the coolest thing ever!”

Why did you choose to wear the Limited Edt Reebok Pump 25 collab?
“Limited Edt has been one of our strongest supporters right from the very start. Not many people may know this, but they were the first we ever pitched Sole Superior to and they said yes without even batting an eyelid. Till today, Limited Edt’s support is one of the biggest we have, be it for advice, information or products to giveaway to our attendees.”

What gets you all pumped up?
“That’s simple, wearing a fresh pair of kicks, or any kicks that I want. Good shoes just give me an extra spring in my step.”

Which part of the Reebok Pump appeals to you most?
“I guess it’s the history of the shoe. It first came out when I was a teenager. To me, the Pump has always been fascinating because it is a futuristic shoe that I couldn’t afford back then. Being able to afford the Pump eventually is a magical thing. Also, it’s the Reebok technology that stands out from others. Even today, you still see people like WWE wrestler John Cena wearing it.”

What’s the relationship like between Limited Edt and Sole Superior?
“They’ve been 100% supportive of us from the get-go, so it’s a real honor that the Limited Edt x Reebok Pump is being released at our event. It’s the first time this is happening and a dream come true for us. It’d be even cooler if next year, Reebok calls us to do a collaboration, we’d definitely take that call!”

What gets you all pumped up?
“Enjoying life to the max with good live music. And raising a five-month-old boy – the whole fatherhood experience, really.”