The Latest Riccardo Tisci Air Force 1 is a Mix of Sport, Street and Elegance

The Latest Riccardo Tisci Air Force 1 is a Mix of Sport, Street and Elegance

The Riccardo Tisci Air Force 1 is easily the standout item of the collection. 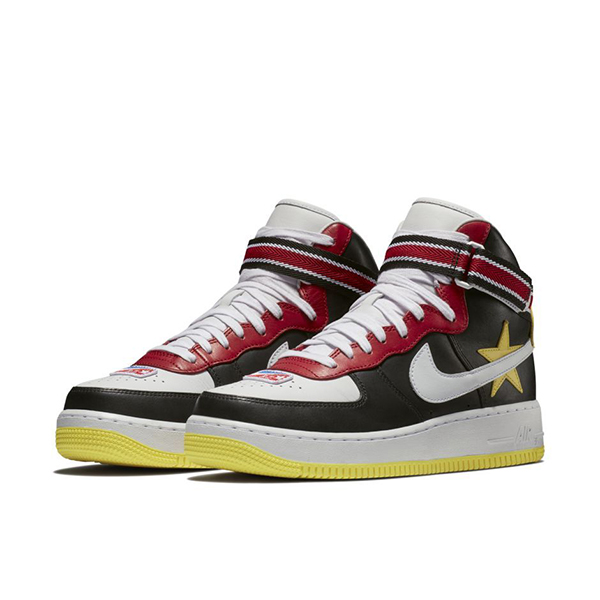 Nike.com has unveiled the release date of the Riccardo Tisci Air Force 1 High on its launch calendar. The collaboration sneaker drops this Thursday, March 1. A Sunblush colorway will also be released alongside the predominantly black colorway; both will retail at S$229.

Riccardo Tisci – former creative director at Givenchy – teams up with Nike once again to deliver a collection celebrating basketball through fashion.

The Riccardo Tisci Air Force 1 High, easily the hero product of the delivery, has been gifted bold colors and an impeccable retro look, making the sneaker a standout.

Tisci has chosen to give the predominantly black silhouette touches of red on the lace overlays and straps, while bright yellow is the color of choice for the star motif under the swoosh, the heel and the outsole. Adding to that, the signature R.T. patch can be found embroidered on the toe box of the sneaker.

“I live for sports,” says Tisci. “There’s always been sportswear in my style, and I believe the mix of sport, street and elegance is really good.”

So if a bold statement is what you aim to make, consider the mission accomplished with these Nike x RT AF-1 High. Looking to cop? The sneaker will be released at NikeLab DSM Singapore early March 2018 (exact date is yet to be confirmed); it retails at S$229. Stay tuned for further updates.

How would you rate this modern-vintage iteration of the Air Force 1 High? Let us know in the comments below.

Read More: Are You Game Enough for the PG2 x PS4 Sneaker?