Rip-offs and inspired-by design: Are they all bad?

Rip-offs and inspired-by design: Are they all bad?

In this edition of Straat Talk, we speak with creators and culture observers to find out how they differentiate between rip-off and inspired-by designs, and whether there’s a place in the industry for either. Chinatown Market’s claim to fame was their inspired-by designs and one of their most popular designs has been this Gucci-inspired tee.

In our first edition of Straat Talk, we asked what you, our readers, thought about rip-off and inspired-by designs, and you made your feelings known. It’s a big topic, so we’re keeping the conversation going.

This time, we’ve spoken with creators Zec Elie Meiré of German fashion label Colrs, which Virgil Abloh allegedly copied, and Obra.ip, whose sneaker designs can be perceived toeing the line between rip-offs and inspired-by designs. Founder of Instagram meme page Team Feezy, known for calling out fake Yeezys and streetwear apparel, and Brendan Dunne of Sole Collector and the popular podcast “The Complex Sneakers Podcast”, also said their piece. 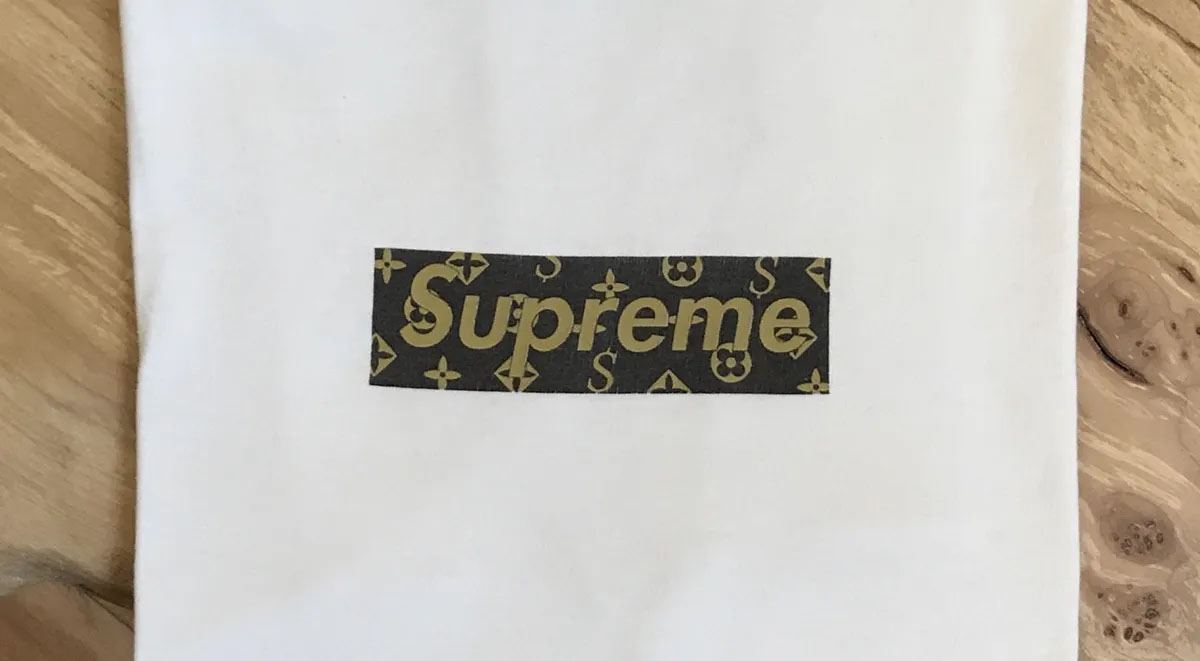 One of Supreme’s most valuable and recognizable tees is their bootleg Louis Vuitton monogram bogo tee.

Dunne summarized it simply: “You know it when you see it. Any design that closely echoes an established shoe, that immediately calls to mind an existing model, fits in the rip-off category.”

Elie Meiré of Colrs defines inspired-by designs as creations that require a closer inspection to see the link between the end product and the original piece. “After three times, and you’re like, ‘I can see where he’s coming from’; that’s inspired-by, but a rip-off is when you can’t even tell the difference—there’s no question.”

Team Feezy said, “I think a rip-off is as simple as taking one design, removing the original brand’s logo, and then adding yours. Inspired-by designs are when brands take inspiration and are fair game in my eyes.”

Sneaker designer and Instagram curator, Obra.ip explained, “A rip-off blatantly takes colorways and same design elements from the original shoes.” He acknowledges that his upcoming sneaker is inspired by the Air Jordan but his approach sets it apart from a rip-off. “What differentiates my shoes are the colorway combinations I used. I merged the dunk colorways with Jordan 1 colorways—there’s a distinction there.” The Bape Bapesta is a streetwear icon and yet its resemblance to the Air Force 1 is undeniable.

Rip-off and inspired-by designs have been mainstays in streetwear. Brands like Supreme, Stussy and Chinatown Market have faced their fair share of cease and desists. “These things pull from a long lineage of re-appropriating existing imagery and designs,” Dunne explained.

To some degree, looking out into the world to look for inspiration is part of the creative process. “Sometimes you got to see the things that have already been made to make your own,” Obra.ip offered. 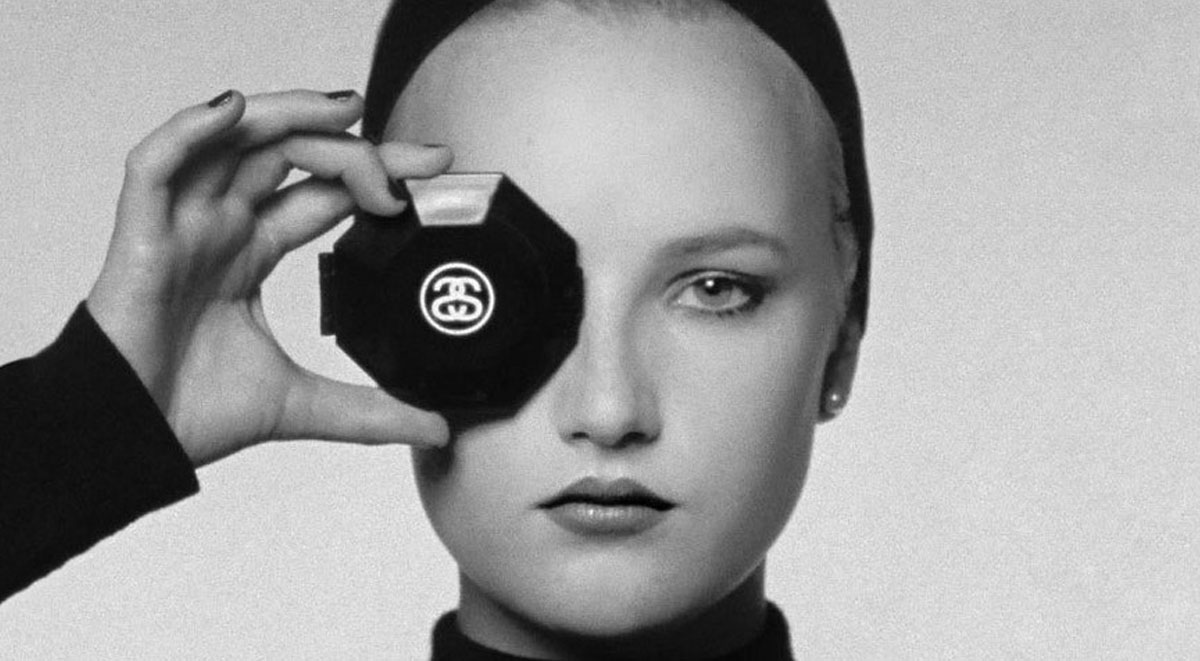 Context is also key. As much as referencing existing work can be part of a designer’s creative process, call-out culture has led to the community being less tolerant of inspired-by designs, much less rip-offs.

In the ‘90s and early 2000s, the streetwear community welcomed Stussy’s Chanel-inspired emblems and Supreme’s LV monogram bogo tees, but we don’t see such designs going down too well with today’s crowd. The growth of Instagram pages like Team Feezy best exemplifies this resistance.

Team Feezy has over 132,000 followers and creates content that points out fakes and ripped-off designs. After getting scammed by a schoolmate, the founder of Team Feezy, who prefers to remain anonymous, decided to learn how to legit check Yeezys.

“Later down the road, I got the idea that there should be an Instagram account that is based on people sending in fake shoes they see being worn in public,” Team Feezy explained via email.

At its core, Team Feezy noticed that rip-offs, just like fakes, enable some sneakerheads to artificially flex a rich lifestyle and that hits a nerve in the community since many members hustle to score their coveted grails.

Imitation is the best compliment

When Off-White showed its Fall/Winter 2019 collection, it was Elie Meiré, the creator of a fledgling German streetwear brand, Colrs, whose phone was blowing up.

Turns out, one of the pieces in the Off-White collection, a yellow coat, bore a strong resemblance to something Elie Meiré’s brand had debuted the year before, and Instagram fashion call-out page Diet Prada had picked up on it.

“I think it was good. Because it was like, enough is enough, you know what I mean? It’s kind of weird because someone in that position shouldn’t need to snatch designs,” said Elie Meiré.

The saga unlocked more accusations of Abloh’s alleged plagiarism. In response, Abloh told The New Yorker that Diet Prada was hyper-focused on “the use of a yellow fabric with a pattern on it” and reasoned that the accusations were only boosted by social media’s thirst for negativity.

“I’m not trying to protect Virgil or anything, but I see where he’s coming from. The world is full of haters and social media gives them an international launch pad,” said Elie Meiré. 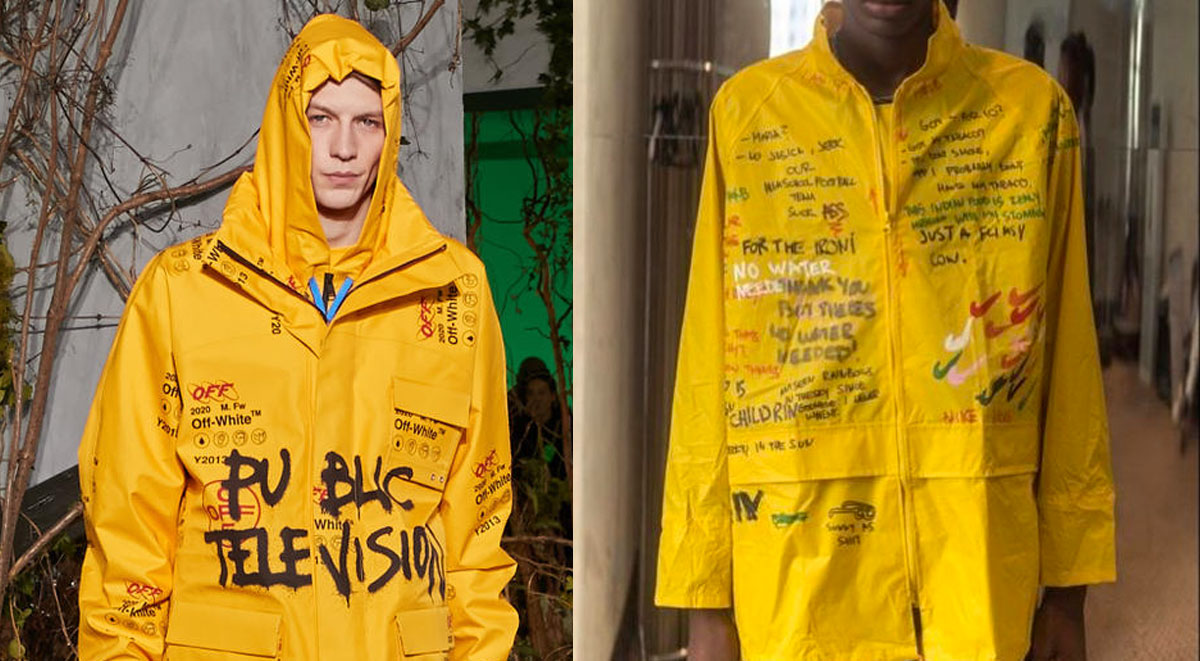 No doubt, the controversy gave Colrs plenty of attention with thousands of strangers taking Elie Meiré’s side. And even though, by his own admission, the attention brought Colrs lots of publicity and sales, he wished Abloh’s approach had been different.

“If Virgil would’ve asked me to come to Paris and give my opinion or collaborate, I would’ve paid for my own ticket to be there,” he said, “If someone copies something, it’s easy to hate. But if people work together on something, then it’s more difficult to hate on it”.

As consumers, we have the responsibility to hold designers accountable. If you feel something too closely resembles the original, there’s nothing to stop you from supporting the original designer and promoting them instead.

At the same time, we need to understand that designers look to the world for inspiration, and that can sometimes include designs that have come before. As Obra.ip summed up, “Nothing new has been made under the sun.”

This interview has been been edited and condensed for clarity.