The Samsung x Supreme collaboration is not what it seems. 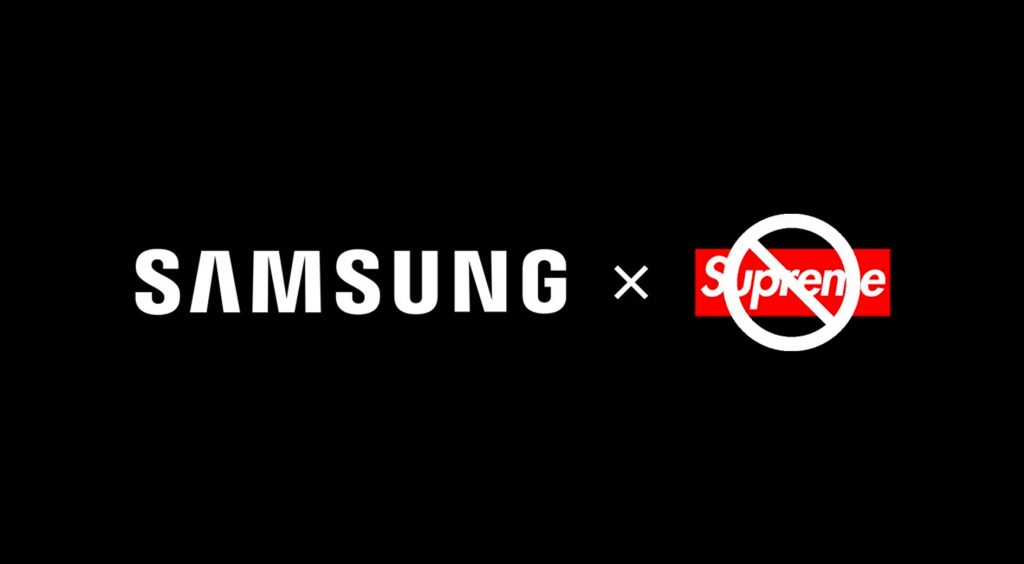 Samsung is NOT collaborating with Supreme NYC

There is a Samsung x Supreme collaboration in the works, though it is not in partnership with Supreme NYC but Supreme Italia.

What is Supreme Italia? Well, it is a Supreme-inspired brand based in Barletta, Italy. This being the same “Supreme” that beat Supreme NYC in a legal battle as to who gets to use the brand name in Italy. Design-wise, though, Supreme Italia makes no effort to differentiate its merchandise from that of Supreme NYC’s, which is what irks streetwear fans the most.

Anyway, back to Supreme Italia’s collaboration with Samsung. The partnership was announced at the launch conference of the Samsung Galaxy A8s phone held in China on December 10. Samsung China’s Head of Digital Marketing, Leo Lau, boasted about how the partnership marks the first time Supreme has made its presence in China.

Lau then proceeded to invite the CEOs of Supreme Italia onstage. The two talked of their plans to have Supreme Italia enter the Chinese market in 2019 with the launch of a seven-storey flagship store in Beijing. “Supreme” will also be hosting their first runway show at the Mercedes-Benz cultural show in Shanghai next year. The CEOs of Supreme Italia

Supreme NYC, in a request for comment put forth by Hypebeast, said, “Supreme is not working with Samsung, opening a flagship location in Beijing or participating in a Mercedes-Benz runway show. These claims are blatantly false and propagated by a counterfeit organization.”

Check out the stream of the Samsung Galaxy A8s launch where this bizarre announcement was made – you can find the stream here.

What are your opinions on this Samsung x Supreme collaboration? Let us know in the comments below.