Here’s a peek into the upcoming EP that Singaporean Soul/R&B artist Slodown has in store for us.

Dropped just a couple of hours ago, the track “Khaled” is quickly moving up the ranks on our list of go-to hits this week.

The track is longer than your average, nearly hitting six minutes, segueing into a more mellow vibe that almost functions like an outro at its halfway point.

While the content samples DJ Khaled’s iconic lines that spawned a whole generation of memes, the context is anything but laughable.

“The whole EP was actually written three years ago, during a time when myself, along with many close friends, got into breakups and started to get into more casual and shallow relationships that never lasted long,” said Slodown, who has just touched down in New York to embark on a two-year academic journey at the School of Visual Arts.

“I wrote the EP hoping that it’s a story that can encapsulate and summarize these different stories about lust, heartbreak and emptiness experienced by myself and people I know. “Khaled” is just one part of that story,” he added. 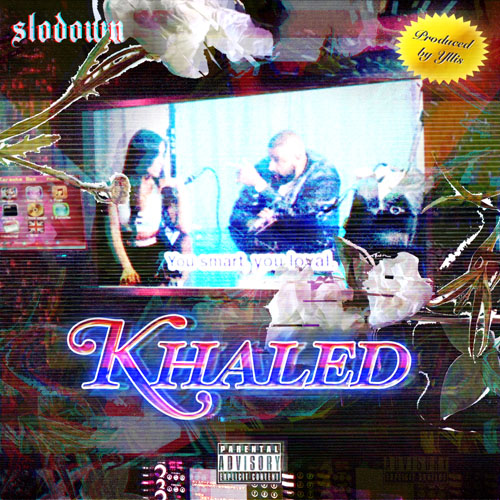 In terms of how the track was brought to fruition, he experimented making music he liked, basing it off soul and R&B, until he met YLLIS (aka Wang) who felt that they could push it further on the production front by using samples taken from the music of Chinese culture such as soundscapes used in getai (“ghost festival”) performances.

That, fused with Yllis’ trademark blend of electro-future house and Soul/R&B resulted in “Khaled”, as well as Nomance, an aural storyline of lust, heartbreak and emptiness reflected by the youths of the “Tinder Generation”, something we’re all too familiar with.

To be subtitled “A short story by slodown”, the EP is a narrative that spreads across five tracks, with “Khaled” at the heart of the story. With the EP release coming up in the near future, you can expect at least two more singles before that.

Slodown may be busy in school now, but that doesn’t mean he won’t be putting more work into making music. “I’m still wrapping up with Nomance, but I already have plans for the follow-up, so stay tuned for more tunes.”

Boy, we sure will.