First on the list is the Nike Foamposite One in the obsidian/Anthracite-black colorway, nicknamed “Galaxy”. The rare design of the NASA-inspired upper along with the glow-in-the-dark sole made this one of the most popular releases of 2012. It was also the first ever multi-colored polychromatic printed base featured in a Foamposite.

Image via Kicks on Fire 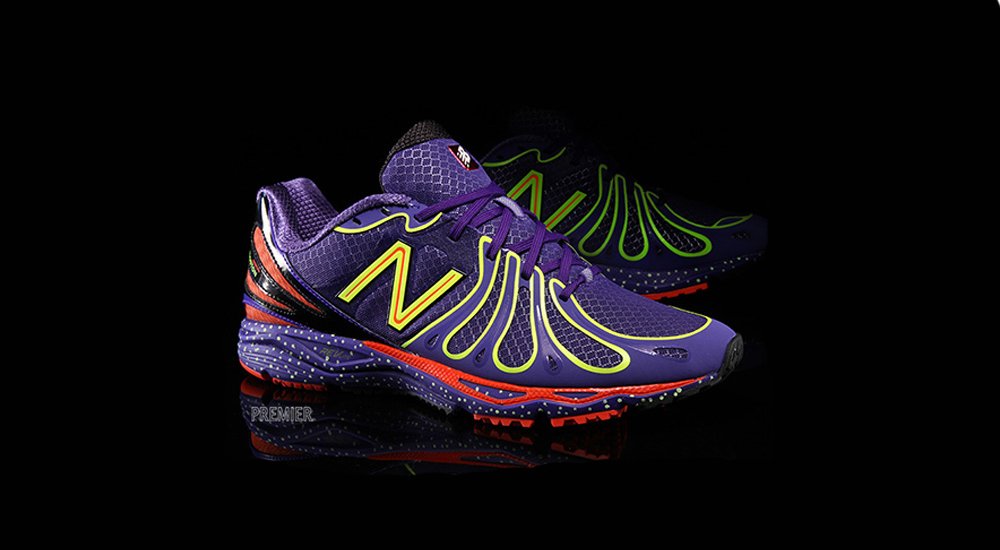 New Balance released the limited edition 890v3 running shoes in conjunction with the 2013 Boston Marathon for the night runner. The glow-in-the-dark stars on the midsole and “lantern” yellow accents across the uppers celebrate Paul Revere, a patriot in the American Revolution, and his famous midnight ride to warn the Colonial Militia of the approaching British forces. Subtlety is not Jeremy Scott’s strong suit. In addition to putting wings on shoes, the designer also decided to make some of them glow-in-the-dark. The sneaker features a luminous faux-leather upper with minimal black accents and a “Jeremy” teeth lace dubrae. How do you forget a shoe like this? 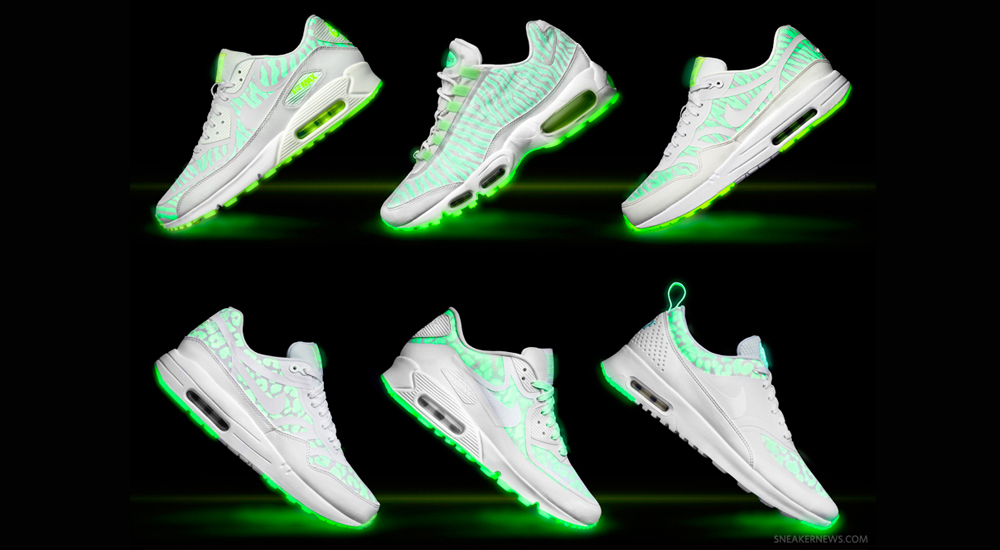 Launched in Singapore at the Sole Superior 2013 sneaker convention, the Nike Air Max Glow collection consists of glow-in-the-dark versions of the Nike Air Max 1, Air Max 90, Air Max 95 and the WMNS Air Max Thea silhouettes. The Glow collection was inspired by the need for runners to be visible during night runs. Premium tape also replaced traditional stitching for a sleek aesthetic. 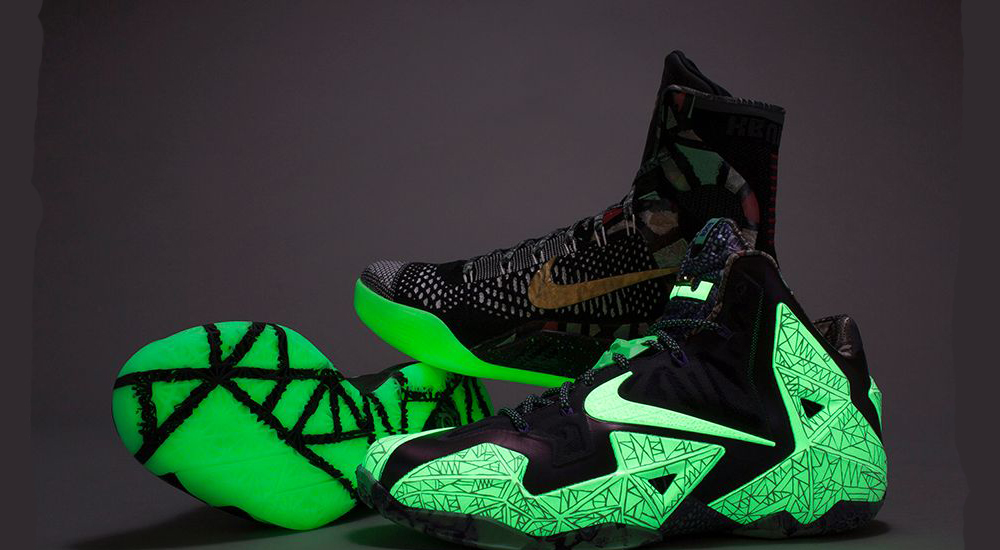 Next up is the NOLA “Gumbo League” Collection that was released during the NBA All-Star Week of 2014. The pack consists of the “Gator King” Lebron XI, “Illusion” KD VI and the “Maestro” Kobe Elite 9 in eclectic color schemes inspired by host city New Orleans’s mix of characters, music, cuisine and art. Each pair comes with a stained glass graphic shoe box and tarot card inserts. 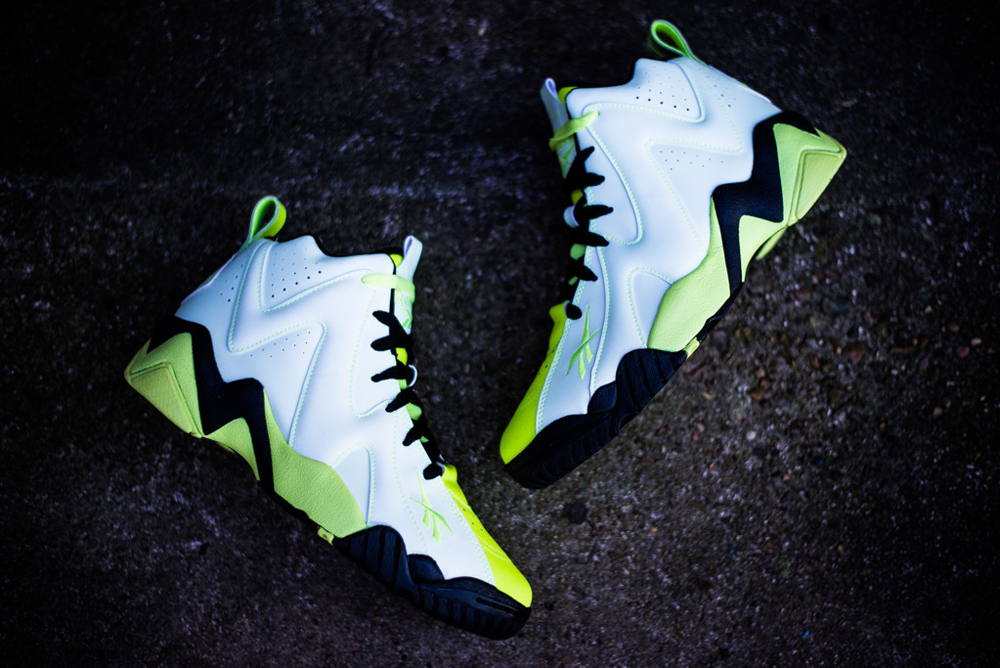 Reebok also jumped on the glow-in-the-dark bandwagon with the release of the Kamikaze II basketball shoes. Made famous by Seattle SuperSonics player Shawn Kemp, the entire upper of his signature shoe has been given the luminescent treatment with exceptions to the sole and branding. Turn the lights down and be filled with awe at the ghostly glow of these sneakers in the dark. While the Nike Air Mag, a.k.a Marty Mcfly, isn’t exactly glow-in-the-dark, we felt it deserves an honorable mention on this list for its ability to light up electronically. First debuted on the feet of Marty Mcfly, the protagonist of cult classic Back to the Future, and then released for charity in 2011, the Air Mag features glowing LED panels and an electroluminescent Nike logo in the ankle strap. The Air Mag glows for up to 5 hours per charge. Touted for another release in 2015, the high top sneakers will sport power lacing, a feature not seen in the earlier version. 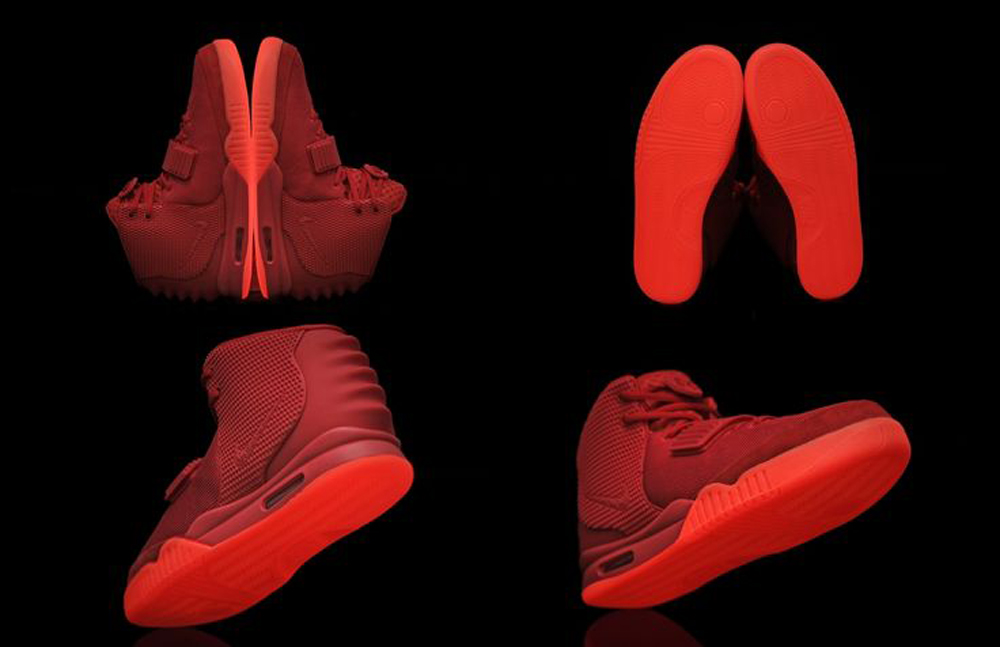 Y’all probably already saw this coming from a mile away. Every Air Yeezy ever released was a dope glow-in-the-dark sneaker. With each release looking better than its predecessor, we might go so far as to say the shoe would have sold out even without Kanye’s association.

“Hold up, I ain’t trying to stunt, man. But these Yeezys jumped over the Jumpman” – Kanye West, New God Flow

Image via F as in Frank Vintage Clothing