DJ Nesh, a Malaysia based DJ who splits his time supplying hip-hop beats at club nights and talking sneakers and style on his radio show So So Fresh, spared us some time to let us in on his sneaker stash. DJ Nesh is a stalwart in Malaysia’s music scene who has been at the decks for two decades. He came from a musical family so going into DJ-ing seemed a natural choice. However, where it came to his love for sneakers, he found himself alone in his quest for them. But that never stopped him. In this edition of Straat Your Stuff, we check out a fraction of Nesh’s collection (he’s got a couple of hundred more in his other apartment).

How did you get into sneakers?

It started in my school days. ​I used to watch basketball and see Michael Jordan, Scottie Pippen, Charles Barkley, Karl Malone on TV. These guys were slam dunking wearing those sneakers. But I didn’t come from a well to do family, so getting sneakers was out of the question back then. ​Eventually I got a job flipping burgers in McDonald’s – so thanks to Golden Arches for helping me afford sneakers. 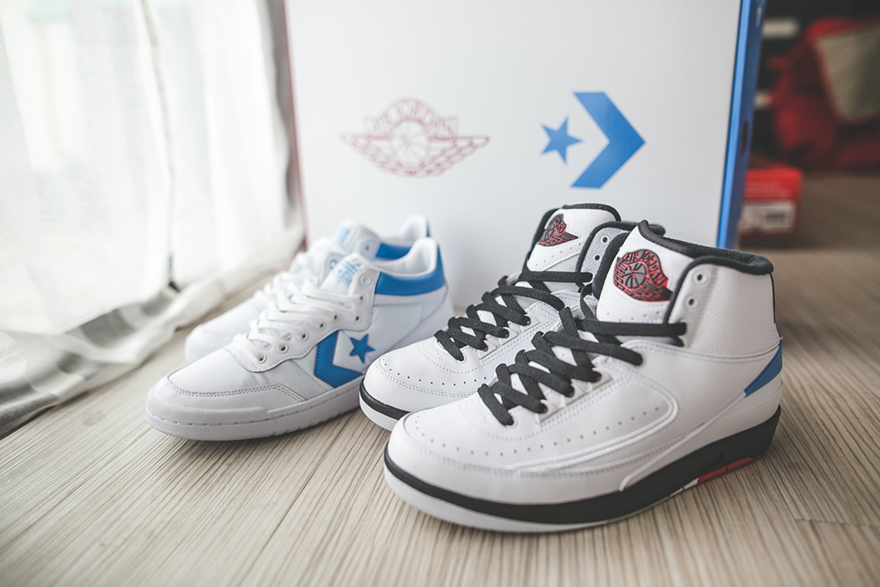 What were the first pair you got with that McDonald’s money?
My first pair of sneakers were Nike Flights. I wore it everywhere I went; I even tried it on at the basketball court. This was the year I was in Form 5 (approx. 17-18 years of age).

So you’ve been buying shoes for a good 20 years now?
Yeah, I would say it has been 17 to 18 years, minus my Nike sponsorship years. Even then, some sneakers Nike wouldn’t bring in so I had to buy them. Some weren’t even collabs, just GRs. How long were you on Nike’s sponsorship program for?
Four years. I mean I’m thankful and glad that they sponsored me. In fact they gave me the Nike Yeezys – me and Joe Flizzow were one of the first to walk around Malaysia in them.

Advertisement
Scroll to continue with content
Would you wear Adidas Yeezys?
I’ve got two pairs, but no one has seen me wearing them, nor have I posted pictures of them. What’s the point, man? I’m 41 years old – the last thing I want is to have these Zebras on my feet, walk into a mall, and see a 15-year-old with the same shoes on his feet. 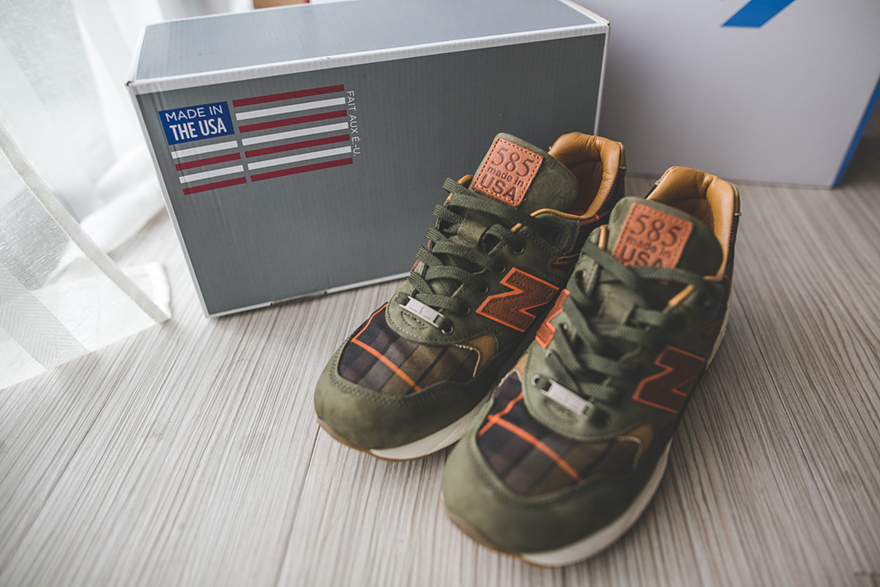 Speaking of kids having access to expensive things, there’s a Supreme LV jacket going for RM 27,777 at SneakerLah.
Nowadays it’s like that – kids just go, “Mom, Dad, I want this.” If I ever tried this shit on my mom…

What did your mom think of your sneaker collection?
She used to say, “If you ever run out of money, take your shoes and make soup.” She used to lash out at me for having so many shoes, but this was before she realized I was sponsored by Nike at one point. Anyway, she always said if you want something, save up to buy it or don’t bother. 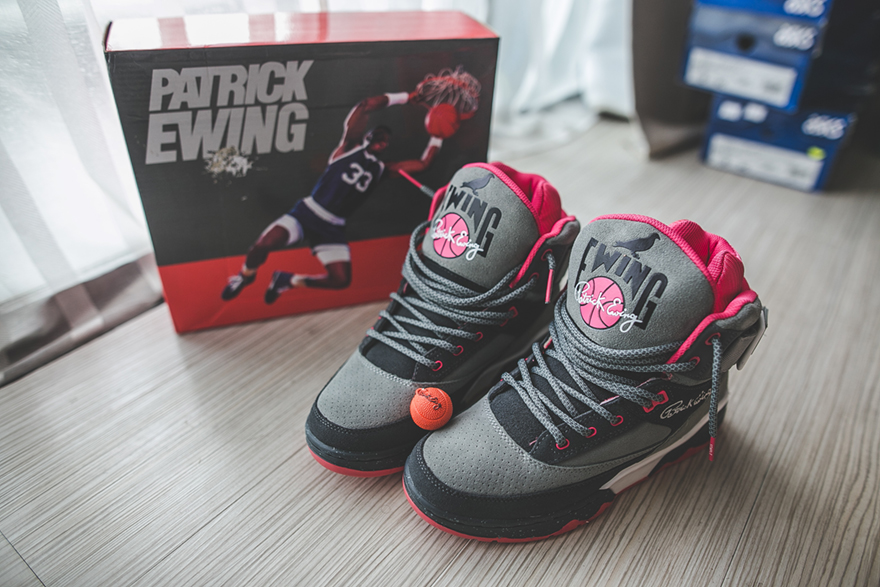 The Ewing Athletics x Staple Design (2016) sneakers are some of the unique pairs that Nesh, a Staple fan, owns

What’s the craziest thing you’ve done for sneakers?
On a trip to Taipei once, I came back with eight pairs of sneakers. And I had to keep the boxes too, so I flattened them out and chucked them into my bag. I even had to dump my toiletries and a couple of t-shirts to make space. Other than that, sometimes I can’t sleep thinking about a sneaker.

Where do you buy your sneakers from these days?

Mostly online. If you want limited stuff, you could try Goodfellas or 17 Gallery. I miss the late 90s and early 2000s when we’d go to Miz 29 at Sungei Wang or when Showroom had SB Dunks and all that. I love SB Dunks. 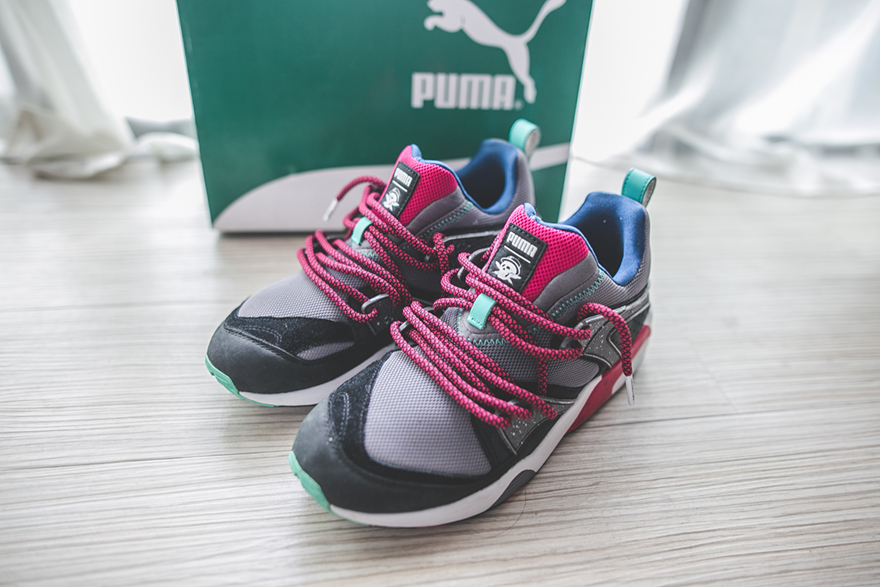 On Malaysian retailer Crossover scoring a collab with PUMA, the DJ said, “I got mad respect for these guys”

I see you have a ​Crossover PUMA collab sneaker.
I love these man (referring to the PUMA x Crossover Velvet Twin Pack “Roses”, previously featured here); the extra shoelaces, the touch of Tiffany blue here and there, the rose at the back… A local store doing a crossover with a brand like PUMA is an impressive thing. Just like when Joe Chia did the Reeboks. I got mad respect for these guys.
What’s the end game?
This has to stop eventually, but I’ve got two more pairs before I’m done. One would be the Jordan 3 Black Cement, and the final pair would be an SBTG anything. For a Singaporean to do what he does and be recognized globally? Shit ain’t funny. For Nesh, what gets to him are colorways and the stories behind the shoes and these ASICS Tigers nailed those criteria

Catch DJ Nesh on decks at 808 Zion Club KL and Lenoir KL. Or tune in to So So Fresh featuring DJ Nesh and his co-host DJ Aaron on aforadio.com.