Supreme slapped with lawsuit for their “Tribal Camouflage” print

Supreme slapped with lawsuit for their “Tribal Camouflage” print

Supreme has been served a lawsuit from ASAT Outdoors LLC over the camouflage used in their recent collection. 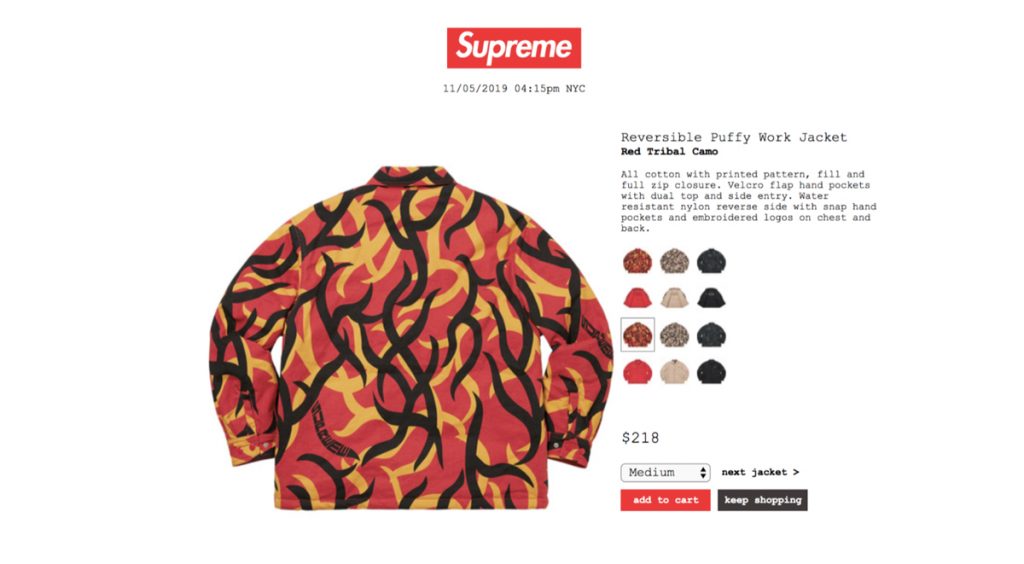 Supreme has a prolific history of copying designs from luxury brands like Louis Vuitton. Even its famous box logo is derived from feminist posters circa the 80s. However, this might be the one time Supreme faces consequences for its borrowed designs.

ASAT Outdoors LLC has filed a suit against Supreme in New York City, accusing the skate brand of using a camouflage design that is owned by and registered to them. The lawsuit is referring to a jacket in “Tribal Camouflage” print from Supreme’s Fall-Winter ’19 collection, which bears an uncanny resemblance to the camo print used by ASAT. 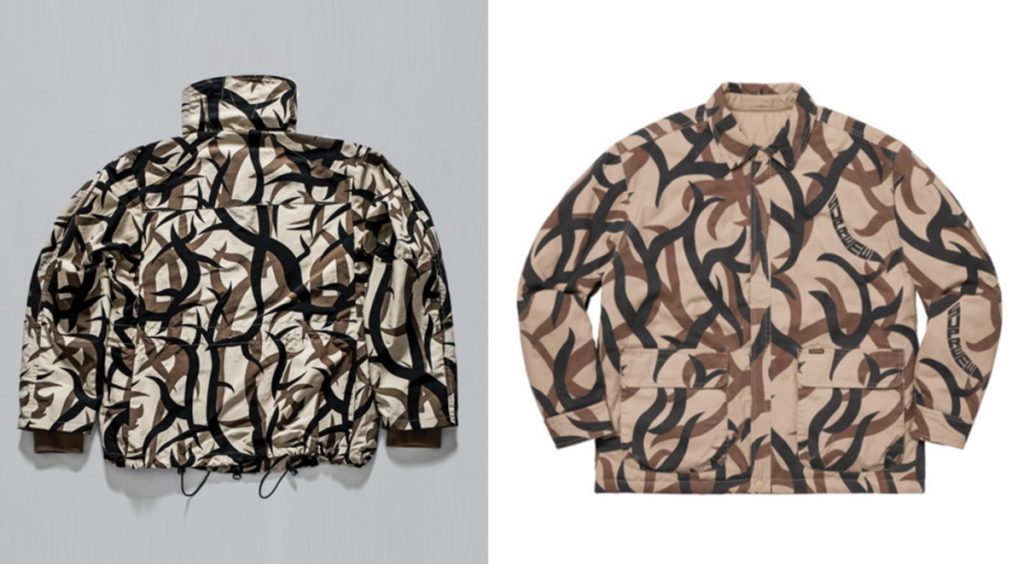 ASAT is looking to claim monetary damages, including but not limited to any profits the print has made for the skate brand or a claim of $150,000 for statutory damaged, whichever is higher. However, this is not even the worst news for Supreme.

This lawsuit does not include trademark claims like infringement or false designation of origin. According to The Fashion Law, ASAT can add these additional claims to the lawsuit if the brand can prove that consumers recognize the “Tribal Camouflage” print as theirs. It is likely to happen as their outdoor apparel and gear are stocked in many department stores in the US, like Walmart and specialist stores like Black Ovis.

This isn’t the first time Supreme is facing issues with infringement and copyright. The brand was accused of copying the font, typography and color blocking of Barbara Kruger’s graphics and art pieces for its signature box logo tee. Her most iconic piece is the “I shop therefore I am” paper bags.

Do you see the resemblance between the Supreme’s “Tribal Camouflage” jacket and ASAT’s outdoor apparel? Share your thoughts in the comment section.