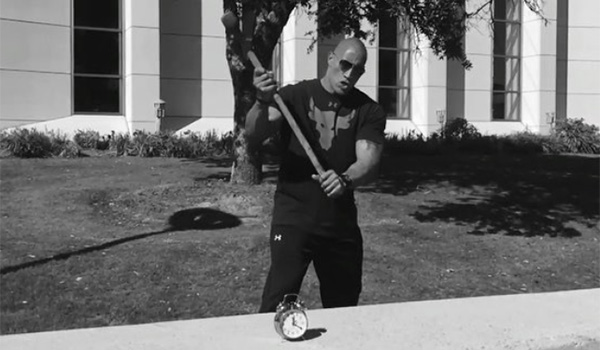 Dwayne “The Rock” Johnson, known to get up as early as 4am to hit the gym, has come up with The Rock Clock app to inspire others to wake up and reach for their goals.

More than another fanciful alarm clock app, The Rock Clock is all about motivation and the pursuit of excellence.

First, you set a goal on the app to remind you of the greatness that you can achieve. You can also pick a deadline as to when to reach that goal. Not a fan of timelines? You can also let the challenge run indefinitely.

Next, choose what time to wake up at and select one of the 25 custom alarm tones curated by Johnson himself. Notable ones in the list include Johnson’s rendition of “Good Morning Sunshine” and “Old School”, in which his voice is heard saying famous catchphrases from his wrestling days.

There’s also no snooze button, so crawling back to bed is out of the equation.

From this historic day forward – I’m waking your ass up;). The #RockClock has arrived. This app is FREE. Download NOW in my bio. We’ve spent over a year engineering this app for you. Our goal was create a free, direct, uncomplicated, cool, motivating app to help us all get after our goals every morning. I also wanted to totally disrupt the traditional “morning alarm” system we all use on our phones. We created fun, cheesy bad assery alarm tones (yes, that’s me really singing and playing guitar to wake your ass up;) and one of my favorite features of the #RockClock is the dreaded snooze button does not exist. Absolutely BEST part of #RockClock is that I’ll be able to track all your goals and you’ll track mine. We’ll chase our greatness and kick some ass. Or get our asses kicked;) Either way, we’ll do it together. Enjoy the free app, share your goals with me and world by using the hashtag #ProjectRock. I’ll be shouting you guys out personally via video messages on this app, so let’s chase our greatness, get after it and as always have some fun along the way. Aaaaand one more thing.. there’s also a function where you sync your phone with mine and you wake up when I wake up. But your candy ass probably ain’t ready for that kinda magical action ??. #RockClock #ProjectRock #ByeByeSnoozeButton #HelloGreatness

Another solid feature is Rock Time, which allows you to sync your alarm to Johnson’s. The Hollywood superstar is known for jumping out of bed in the wee hours of the morning, so you might want to keep it disabled unless you have something to do at 4am. Even Johnson himself says that “your candy ass probably ain’t ready for that kinda magical action”.

App users can also gain access to exclusive video messages from Johnson himself, usually in the form of words of inspiration. Johnson can even track your goals and push you to chase greatness together.

Available now on iOS and Android, The Rock Clock app doesn’t cost a cent and has no in-app purchases at all. 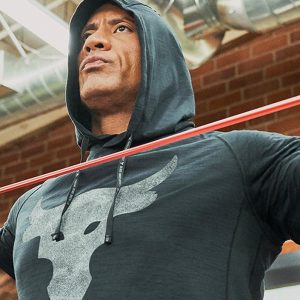