“The Walking Dead” Season 7 Premiere: The Negan Games is No Fun At All

“The Walking Dead” Season 7 Premiere: The Negan Games is No Fun At All

We find out what happens to Glenn, Rick is caught in a bind, and Negan is an absolute terror. Major spoilers ahead. Although we were only introduced to Negan (Jeffrey Dean Morgan) in the last episode of Season 6, you could tell right away that you were looking at the real deal supervillian. Fans of “The Walking Dead” comic series will, of course, know that Negan is the main antagonist. Negan is so bad, The Governor has got nothing on him.

If you recall, Season 6 ended with 11 of the main characters on their knees at the mercy of Negan and his bat Lucille, and a twisted version of a children’s game.

This should ring a bell: “Eeny, meeny, miny, moe. Catch a tiger by his toe. If he hollers, let him go. My mother told me to pick the very best one and you… are… … it” Negan then continued, “Anybody moves, anybody says anything, cut the boy’s other eye out and feed it to his father and then we’ll start. You can breathe, you blink, you can cry, hell, you’re all gonna be doing that.” Needless to say, we’ve been hanging by a thread.

Cut to the Season 7 premiere (“The Day Will Come When You Won’t Be”), which begins with a shell shocked Rick Grimes, with blood splattered on his face (we eventually find out the source of the blood) and a bloodied Lucille. Rick (being Rick) shows his defiance and says, “I’m gonna kill you. Not today, not tomorrow… but I’m gonna kill you”.

But Negan proves himself to be just the nonchalant and sick thug that we expect him to be. Undeterred by Rick’s threats, the game continues.

Round 1: Fetch my axe 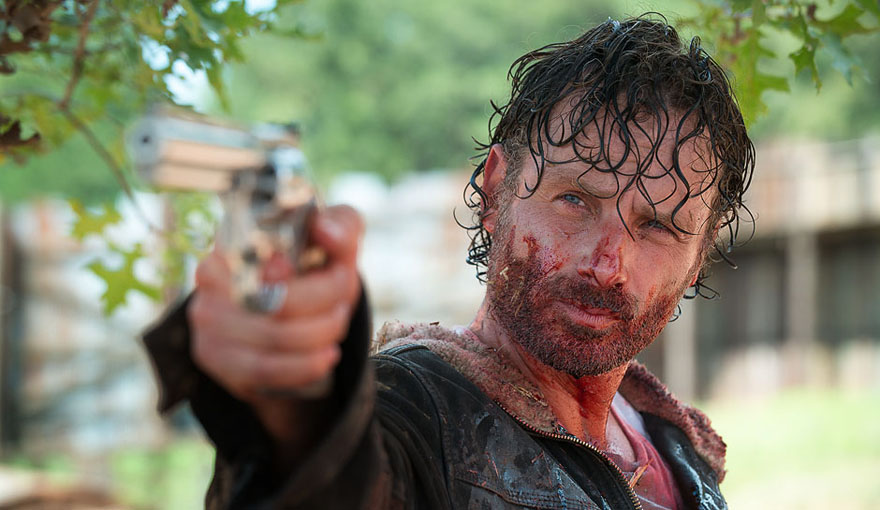 Negan drags Rick into the caravan and drives off to play a game of fetch. Negan hurls Rick’s axe into a hoard of zombies and gets Rick to fetch it for him. When Rick is eventually swarmed by the zombies, Negan bails him out. Negan doesn’t want Rick to die; he wants to “own” Rick and his gang, which he repeats several times during the episode. After endless fan theories and speculation, we finally find out who Negan chooses to kill in the final episode of Season 6 via a flashback – Abraham. In the grand scheme of things, Abraham’s death is impactful but not disastrous, considering he’s not part of Rick’s original crew. 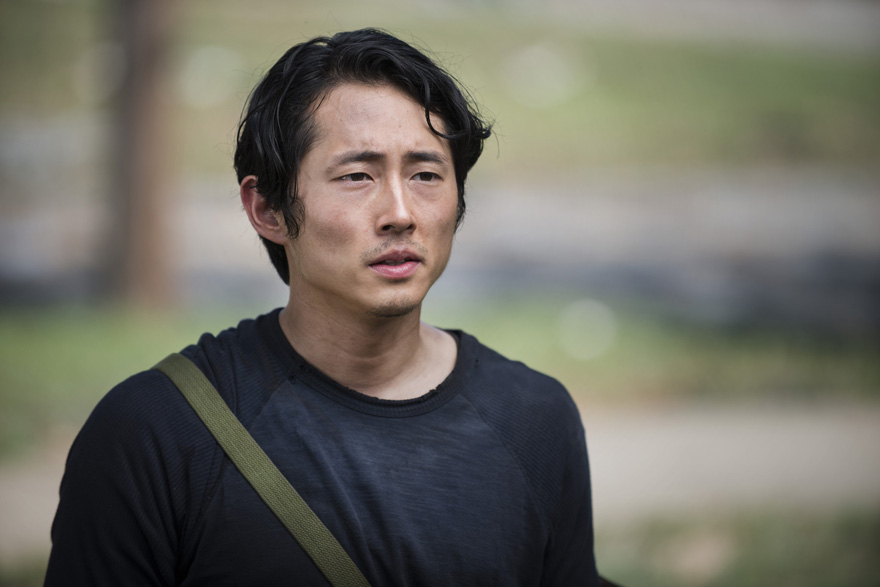 Just as we grapple with the gruesome bashing of Abraham, Negan goes and bludgeons Glenn in grand brutal fashion. To make it worse, it seems like Negan does so as an afterthought. Kudos to the showrunners for aligning Glenn’s fate with what actually happens to the character in the comics, despite the fact that Glenn is a fan-favorite. A more respectable move, especially when considered in the context of his fake death last season. 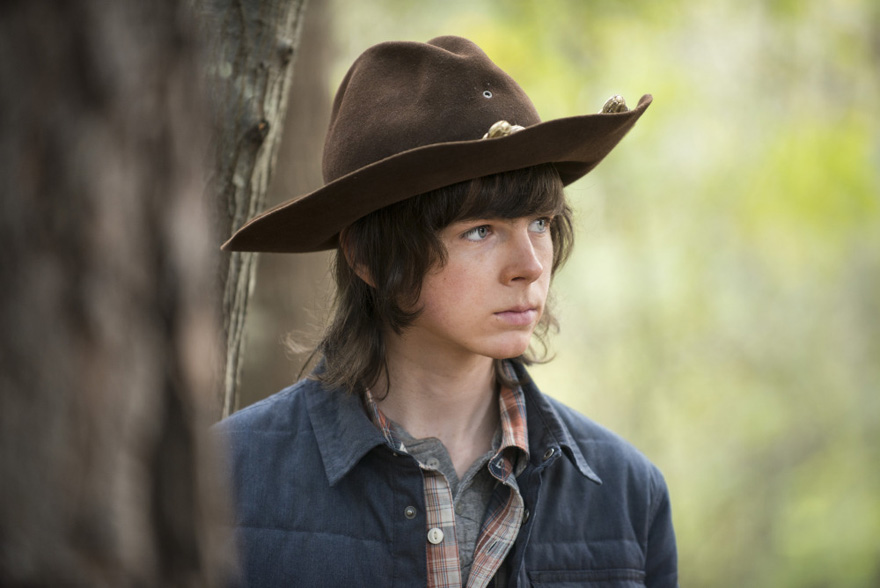 Well, almost. Negan gets Rick’s son, Carl, to extend his arm. Negan draws a line with a marker below Carl’s elbow and instructs his father to chop his son’s arm off, or everyone else dies. In typical psycho-villain style, Negan tells Ricks “I’m going to need a clean cut, right there on that line. Now I know that’s a hard thing to ask, but I need it to be like a salami slice. Nothing too messy, clean 45 degrees… give us something to fold over…” Everyone’s at the edge of their seats, but Negan has a change of heart (does he have a heart?) just as a hysterical Rick is about to bring the axe down on his son’s arm.

Everything Negan does in Season 7 episode 1 is to cripple Rick’s resolve; and it seems like it’s mission accomplished for now. In a final act of terror, Negan has his victims submit to his dominion by asking rather rhetorically, “You answer to me. You provide for me. You belong to me. Right?”

Every time we think “TWD” can’t get any better, it outdoes itself. The Season 7 premiere has been the most nerve-racking episode to date. Let’s hope the showrunners keep up the momentum for the rest of the season. Till then, the score is Negan 1-0 Rick.