Jonzi D, Saykoji, Wheelsmith and other artists join True Color Festival’s This is Hip-Hop! panel discussion to discuss cultural appropriation, hip-hop as a peacemaker and its power to transform lives. The livestream takes place on September 26, 9pm, Singapore Time. 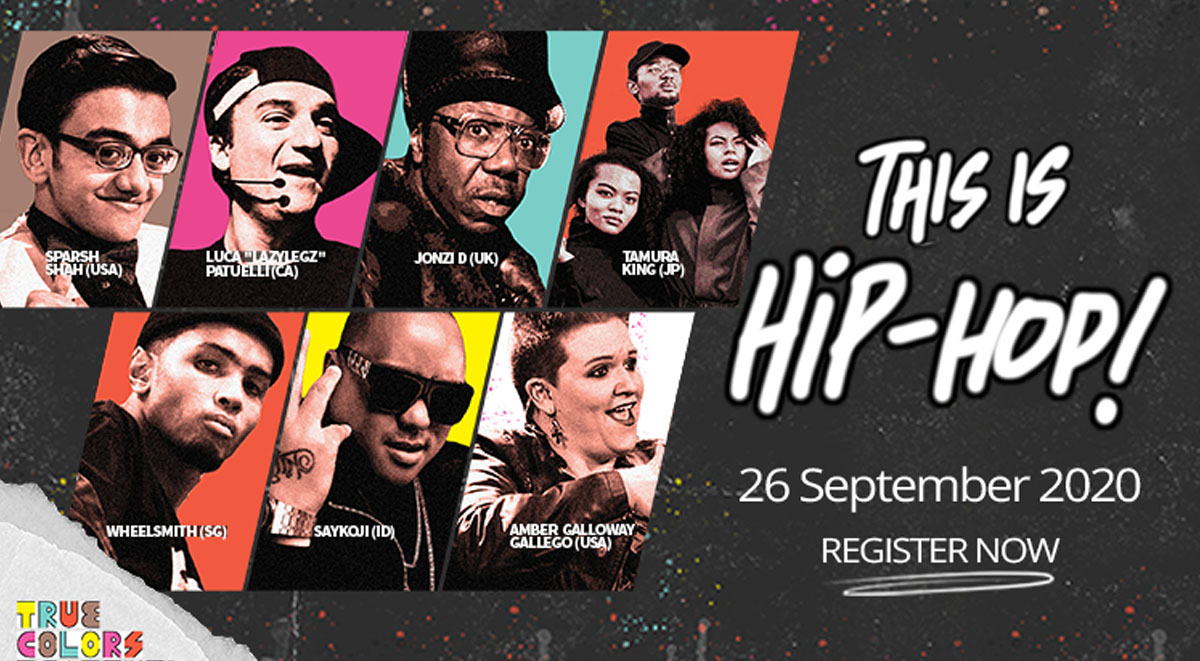 Historically, hip-hop has served as a voice for the silenced, highlighting lived experiences and perspectives that would have otherwise been ignored. Though we are more accustomed to rap music that flexes lavish lifestyles with ‘no cap’, artists like Kendrick Lamar and Childish Gambino have used their craft to shed light on the plight of their communities. In the same way, the panelists of True Colors Festival’s This is Hip-Hop! have, through hip-hop, broken barriers and pushed for social change.

Each one of these artists has embraced a different aspect of hip-hop, and this runs the gamut of dance, rap, and even theater. Singapore’s Wheelsmith joins the panel, virtually sitting alongside Jonzi D, Amber Galloway-Gallego, Luca “Lazylegz” Patuelli, Saykoji, Sparsh Shah and Tamura King. Here’s an introduction to each of the artists: 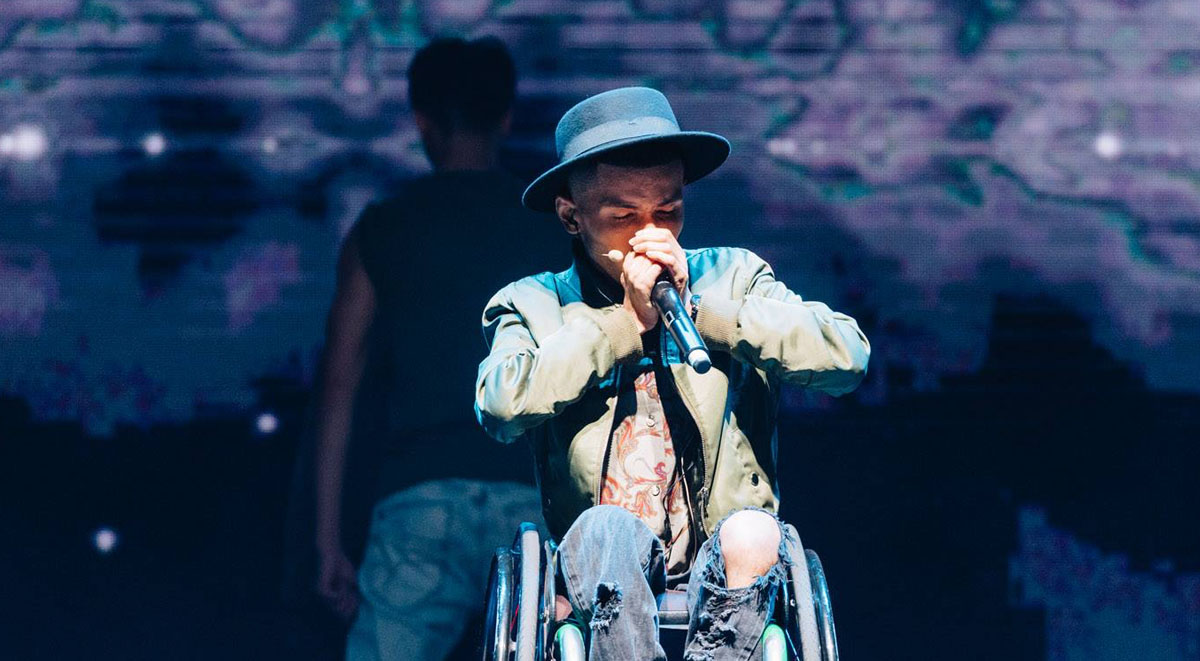 Wheelsmith is an accomplished rapper, beatboxer, songwriter and music producer. His work earned him a spot on the stage of Singapore’s National Day parade and paved his way into Singapore’s theater space. In 2019, he created the soundscape and performed in And Suddenly I Disappear: The Singapore/UK ‘d’ Monologues, a production that traveled to Singapore and parts of the UK. Have we mentioned he has also played wheelchair rugby as a part of Team Singapore? As the co-founder of Breakin’ Convention, the world’s largest international hip-hop theater event, Jonzi D is nothing short of accomplished. He has been credited for bringing British hip-hop and dance into theaters and is one of 16 Associate Artists at the renowned Sadler’s Wells Theatre. The culture innovator was awarded the title of Member of the British Empire (MBE) – a coveted title he turned down on moral grounds. Amber Galloway-Gallego has shared the stage with the Red Hot Chilli Peppers, Wiz Khalifa, Kendrick Lemar and Twista, just to name a few (in fact her list is 400 names long). And why not? As a concert and festival sign language interpreter, Amber plays an essential role in helping to make music accessible to Deaf audiences. 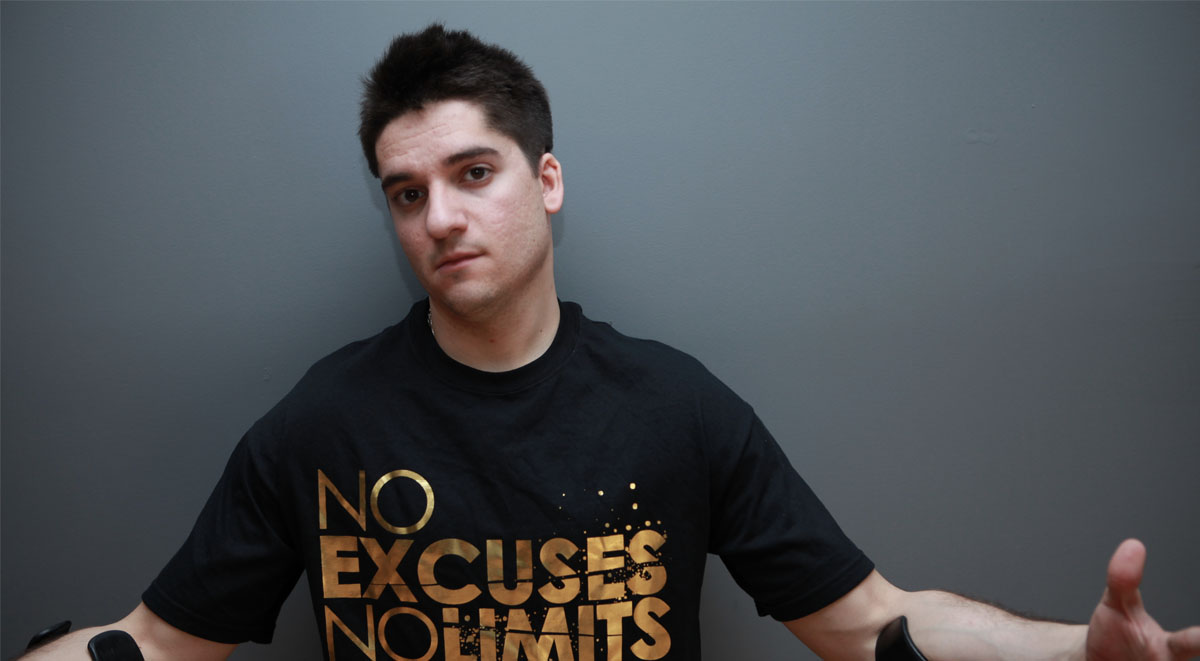 Through sheer determination, Luca “Lazylegz” Patuelli found a way to overcome Anthrogryposis, a muscle disorder that affects his legs, in order to pursue a career in breakdancing. Bboy Lazylegz, as he’s known in dance circles, makes his moves with crutches and his upper body strength! He went on to start Ill-Abilities, an international crew of differently-abled dancers, who perform for audiences all over the world. Taunted as a child for being shy, Saykoji discovered that rap helped him communicate and express himself better. As he continued to hone his craft, Saykoji began to amass a huge following. Today, the multi-hyphenate rap artist is also a producer and actor. He can soon add “filmmaker” to his list of accolades, as he’s working on a film about hip-hop in Indonesia. Sparsh Shah first burst into the scene in 2015, when his cover of Eminem’s “Not Afraid” garnered over 75 million views on social media. In fact, it gained so much traction Shady Records and Big Sean both reshared his video. Born with osteogenesis imperfecta (or brittle bone disease), Sparsh Shah is fully embracing life, balancing school, music and speaking engagements. He even created a new style of rap called “Raga Rap”- a fusion of Indian traditional music with hip-hop. 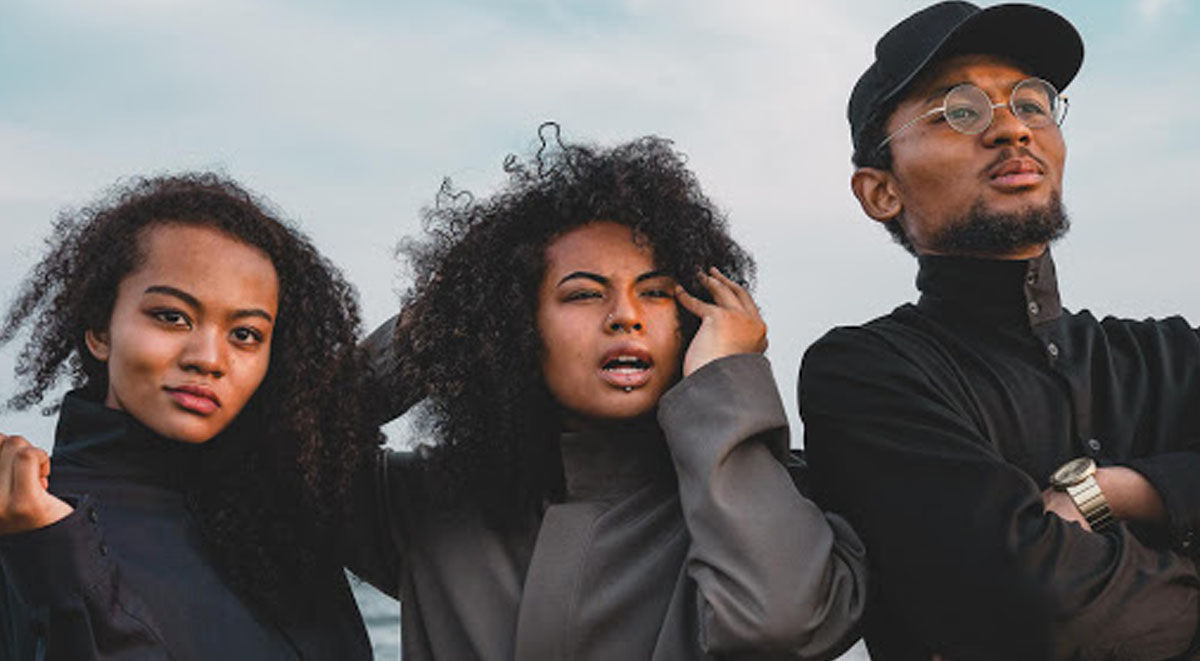 Tamura King, a trio of Ghanaian-Japanese siblings, is a group of creatives that hail from Kanagawa Prefecture. The eldest brother NASA, is a creative director while the elder sister Namichie, is a rapper and costume creator. The youngest of the lot, Mana, is a dancer. The trio is known for their unique sound and witty punchlines delivered through social media.

Catch True Color’s Festival “This Is Hip-Hop” live on September 26, 9pm, Singapore time. Stay on till the end to catch a dance freestyle segment featuring 20 dancers from four countries and a track written and produced by Wheelsmith. Register for the event here.

Burberry partners with Twitch for its first ever virtual fashion show