Thor Takes a Break, Hangs Out in Australia

Thor Takes a Break, Hangs Out in Australia

Even heroes need a break, as Thor shows in this mockumentary. 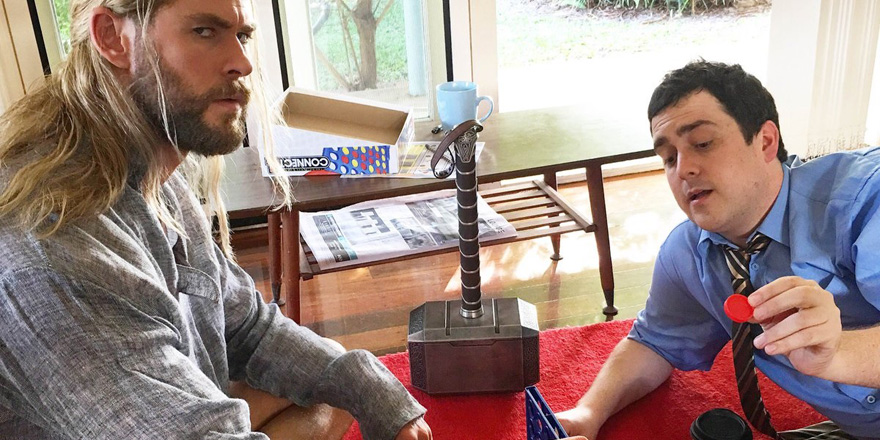 While the rest of the Marvel heroes were battling one another, Thor appeared to be having a good time Down Under.

Explaining his absence from Captain America: Civil War, the God of Thunder shows himself having a good time in Australia, making new friends and teaching schoolkids about cosmic beings.

Trading his battle armor for swim shorts, Thor befriends Darryl Jacobson, an average citizen. He gets Jacobson to send an email, or as he calls it, an electronic letter, to his fellow superheroes.

Known for his brawn more than his brain, the godlike being even gives a tour of his crib, where he’s fashioned a little cot for Mjolnir, his magical hammer, to rest in.

The Asgardian also does a comical sketch to try and explain the Infinity Stones and Thanos’ grand scheme to destroy the world.

Making a guest appearance is Bruce Banner. The allies hang out at a cafe, where a call from Tony Stark gets Thor talking about how he prefers messages to be sent via ravens rather than cell phones.

See what Thor was up to during #CaptainAmericaCivilWar! Get this & other bonus on Dig HD 9/2 https://t.co/tWbG2IIs9h pic.twitter.com/M97y6CM1Mg

This short clip is a special feature in the upcoming Captain America: Civil War DVD set. But if you’re serious about seeing the God of Thunder in action, wait till November 2017 for Thor: Ragnarok to hit cinemas.