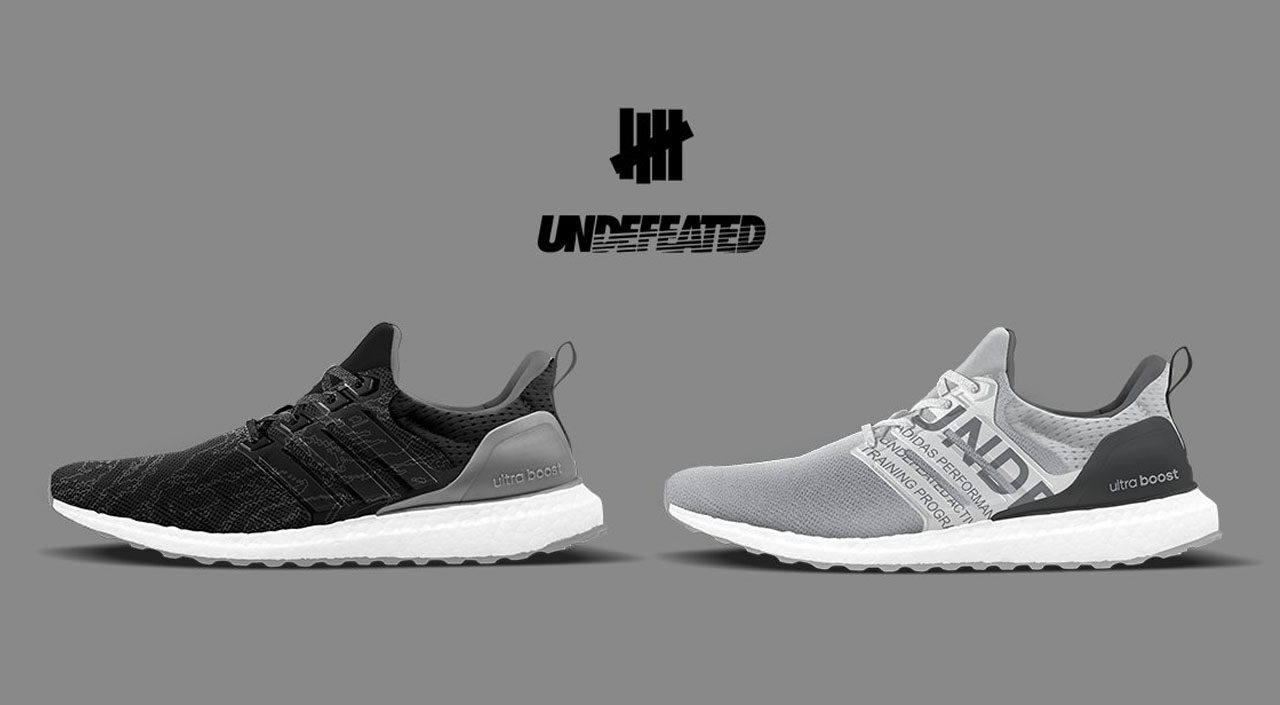 These two UltraBOOST Undefeated colorways are slated for an August 2018 release.

The Yeezy Mafia keeps us in the loop with details of more iterations of the UltraBOOST Undefeated.

All three colorways will differ from each other slightly in terms of design. The March release features Undefeated’s split branding while the August Core Black prominently sports the brand’s signature camo patterns all over the Primeknit upper. The Onyx colorway will carry the Undefeated branding seen on previously leaked images of the footwear’s insoles. If the mockups are accurate, it will be the first time any branding appears on the UltraBOOST’s lace cage.

Any of you hyped up for the UltraBOOSTs? Let us know in the comments below.