Brand Studio August 24, 2022
The products featured in this article are from our affiliate partners. We do our best to curate items that are relevant to you.

Can you imagine a time when the only source of sneaker news is a manga? @unclejackwah can. The self-proclaimed “uncle” recounts his sneaker collecting journey, which predates resale platforms and sneaker blogs. He tells us how technology has changed the sneaker culture and his quest to hunt down the shoes he missed out on as a youth. 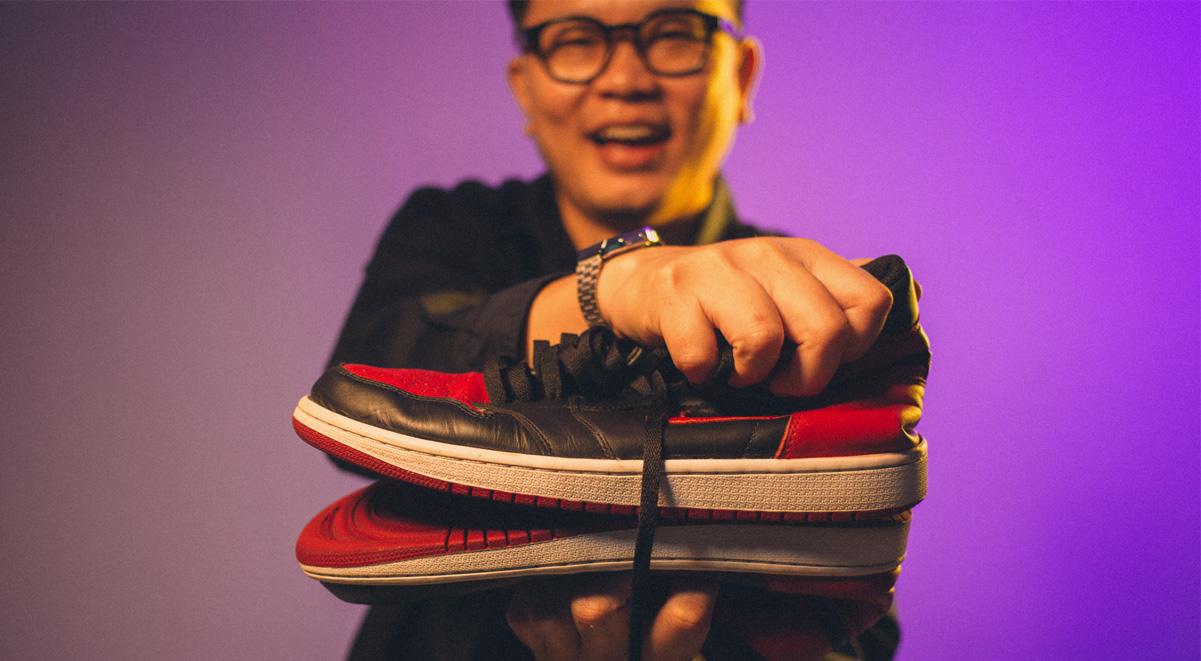 @unclejackwah isn’t precious about his sneakers – he beats up his beloved Air Jordan 1 “Bred” and plays b-ball in his Air Jordan 11s.

@unclejackwah remembers flipping through pages of the manga, Slam Dunk, and being drawn into its world of basketball and the sneakers. The manga’s life-like sketches invoked in him a curiosity about the NBA, Michael Jordan and sneaker culture. Soon, he started picking up magazines like Slam to learn more about sneakers.

Today, @unclejackwah continues to be fueled by this curiosity – he continues to hunt down the sneakers from his youth – primarily OG Air Jordans and classic Nike Air Max sneakers. @unclejackwah shares with us how sneaker collecting has changed from when he began in the early 2000s to today, especially as social media, resale sites and sneaker blogs have entered the scene.

How many pairs of sneakers do you own at the moment?
I think about 350 plus pairs and I store everything at home. Due to a few complaints from my family, I’ve been trying to cut down the number of pairs. I try to reduce it to the ones I really want to wear and take new pairs out every week. I set aside about 10 pairs every week.

How do you select what to wear?
It’s really down to what I like – what I am feeling that week. Sometimes, it’s the new pairs that I want to rock on the weekends. It’s really based on gut feeling. 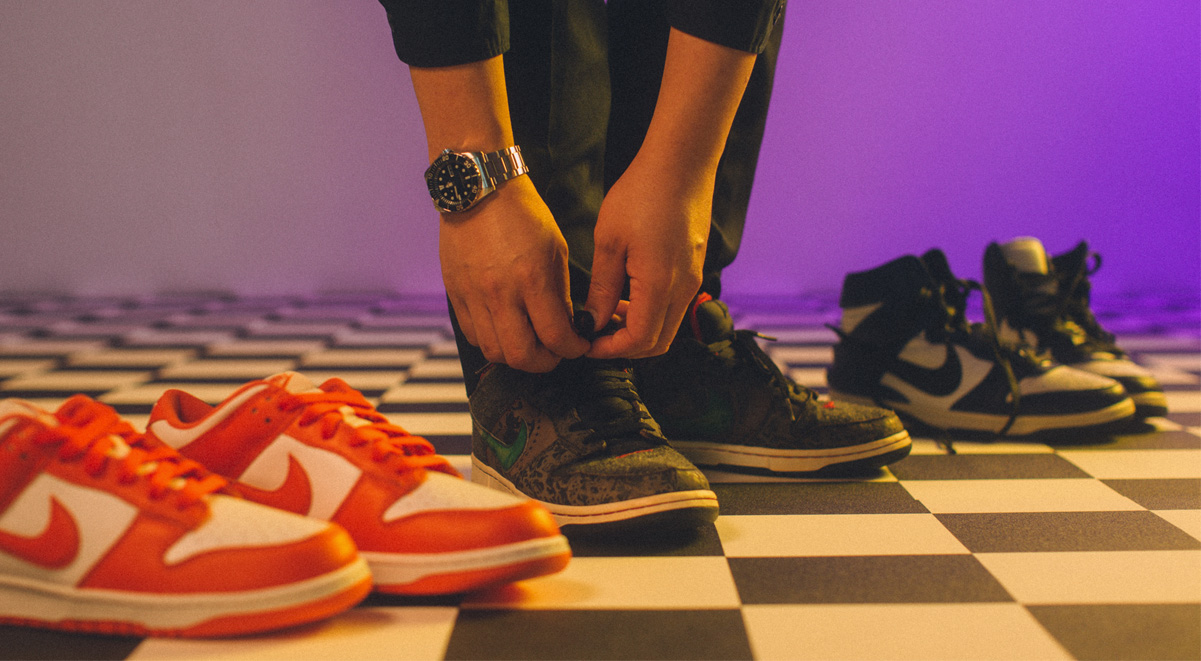 He remembers queueing up for hyped releases, especially for sneakers like the SBTG x Nike SB Dunk Low.

When and how did you start collecting sneakers?
I really started to seriously collect sneakers about 10 years ago, when I started to work full time. That’s when I started to hunt down the shoes that I wanted from my childhood. I was actually very inspired by the manga, Slam Dunk. They have very realistic depictions of sneakers. From there, I began to learn more about the NBA and Michael Jordan.

What was it like hunting down grails early on?
The forum Niketalk was where I found local sneakerheads who had the sneakers I wanted. Eventually, I became connected with sneakerheads based in Malaysia and Thailand. But it was hard to ship sneakers and the best pairs were all in America. You needed someone to fly over to buy it for you – it was super expensive. 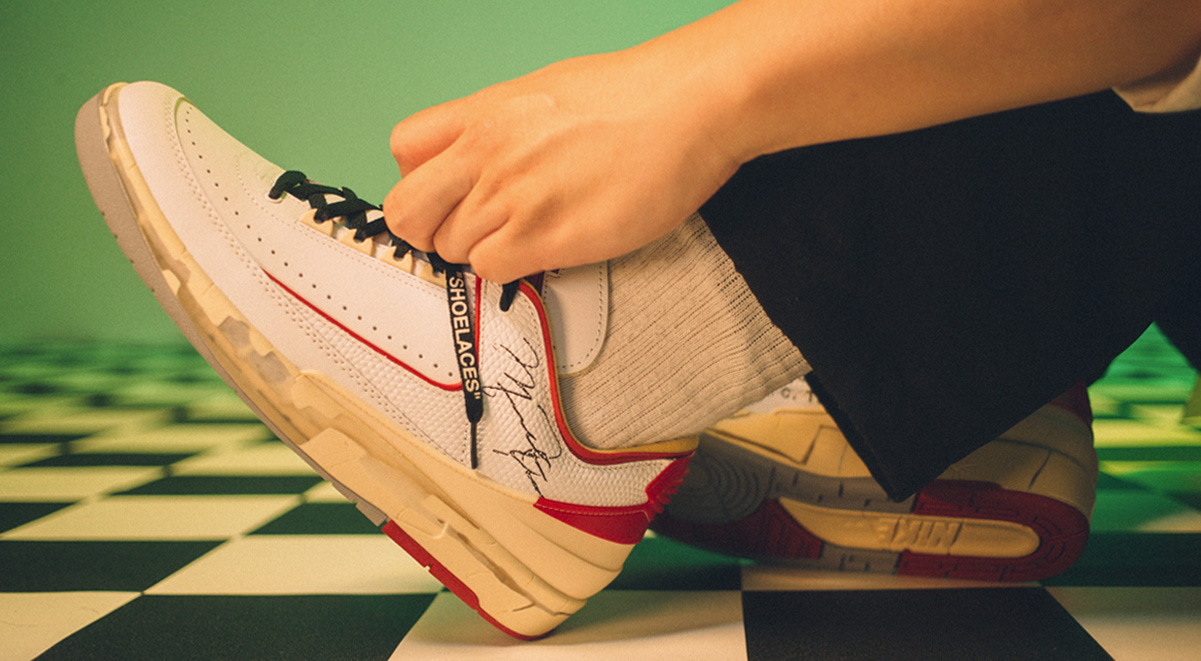 Significance to the price tag: @unclejackwah didn’t hold back on one of the late Virgil Abloh’s final creations, dropping S$1,200 due to its cultural significance.

What’s the most amount of money you’ve paid for a pair of sneakers?
I do have a limit on how much I would spend. I broke that limit last year when I purchased the Off-White Air Jordan 2 for S$1,200. Nothing else ever crossed that limit.

Which Nike collaboration stands out the most to you?
The Lance Mountain x Nike SB Jordan 1 was the first collab that I really liked. He really made something different – if he ever came out with another collab, I would buy it. A game-changer: The Lance Mountain x Nike SB Air Jordan 1 was one of the first sneakers that would reveal new colors as it wore down.

How has the sneaker game changed since you first started collecting sneakers?
The culture has changed a lot since I began collecting. We used to go to the Nike store and join the midnight queue for limited releases. That’s how we made friends – you just kept seeing the same people and starting conversations. And the resale value was not as important. You bought shoes in your size and wore what you liked. If you needed a different size or another sneaker, you just traded and swapped with other sneakerheads. There was no money involved – just pure love for sneakers. People today tend to go for the resale value rather than the sneakers themselves.

How has your collection evolved from the time you owned your first sneaker till today?
It hasn’t really change a lot in my opinion. I am still focused on OG sneakers but now, I have more collabs in my collection. But even then, it’s mostly based on OG silhouettes. Even when I play basketball, I still stick with the OG basketball sneakers – Air Jordan 5, 6, 11 and 12. They are still quite comfortable. 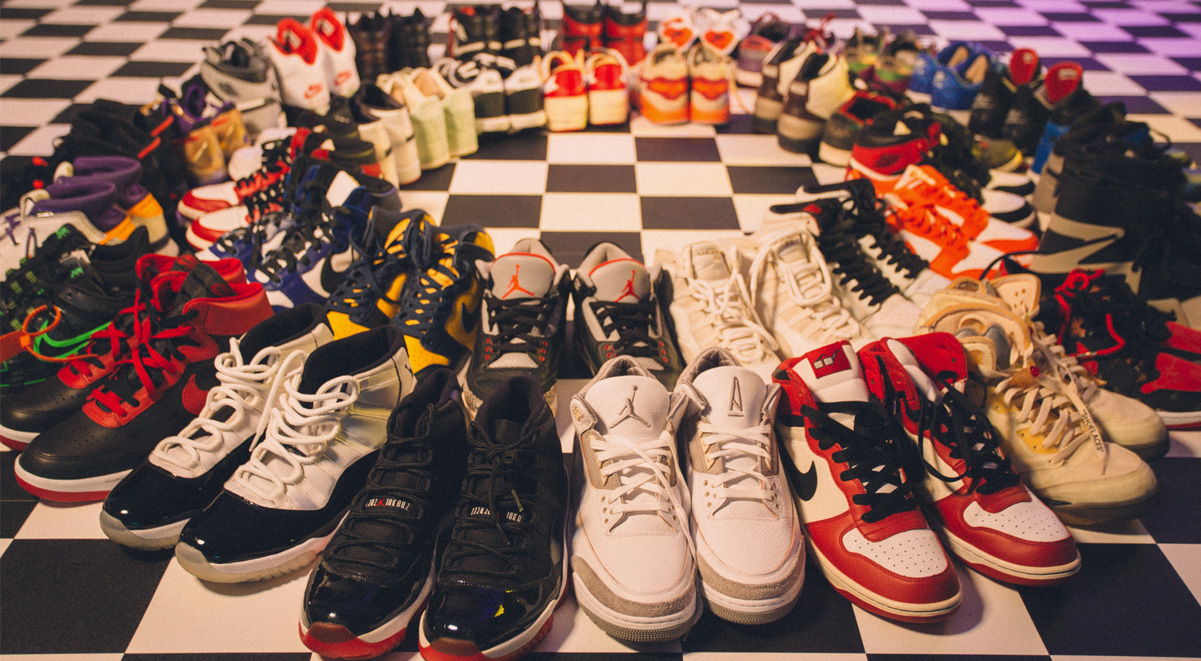 Icons only: @unclejackwah’s collection is comprised of sneakers that mean something to him and the culture at large.

How do you decide which sneaker to buy?
For me, OG colorways of the Air Jordan 1 through 14 are an instant buy, because MJ actually wore them in his prime. But for collaborations, I will consider the story behind the sneaker and its design, like colors and materials.

What are your top five sneakers of all time? Tell us why.
Jordan 1, Air Jordan 3, Air Jordan 4, Nike Dunks and Air Max 90. I must include Air Force 1, so top 6! These sneakers will always be in my permanent rotation. They all hold special memories for me and were the sneakers I wished I had as a child.

If you had to only keep one sneaker in your rotation, what would they be?
Air Jordan 1 “Bred” for sure. This is one sneaker I could wear for life. I have a DS pair at home and it will follow me to my grave. Already told my wife! Sneakers like the Clot x Nike Air Max 1 were grails for a young @unclejackwah and, when they dropped, he had to add them to their rotation.

Is there a Nike sneaker that you feel is being slept on? Why does it deserve more attention?
I think it would be the Air Max 1, if I don’t go into Jordans. It’s one of the best designs from Tinker Hatfield and has influenced the design of so many sneakers – that’s why it’s in my permanent rotation.

In terms of Jordans, I think the Air Jordan 11 is starting to get slept on. They used to be so coveted but we just saw the Cool Greys sit. But the culture always shifts and so it constantly changes. It really is one of the best shoes ever from Jordan brand.