US Open 2017: 5 Storylines Worth Losing Sleep Over

US Open 2017: 5 Storylines Worth Losing Sleep Over

The US Open 2017 is a Grand Slam where anything can happen. 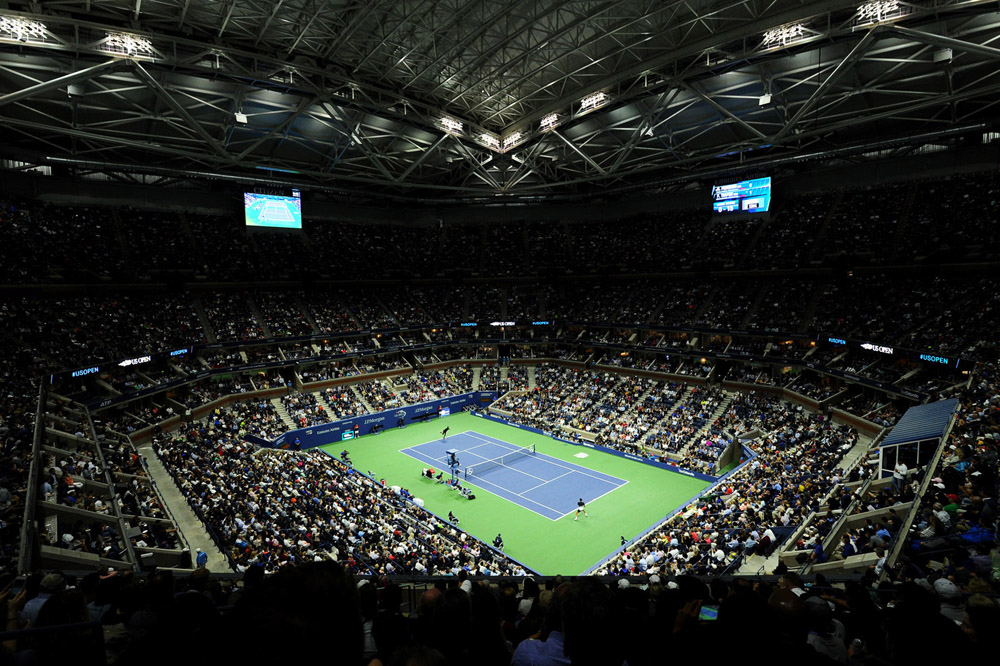 The stage: the iconic Arthur Ashe stadium in NYC

The US Open 2017 has been playing out in New York while you’ve been sleeping. The time difference makes it tricky keeping up with the final major of the 2017 tennis season, but the US Open rewards those who choose to wake up early to watch it. Here are five stories we’ll be following every morning until September 11.

Who would’ve believed it? In 2016, the career of arguably the greatest tennis player ever seemed all but over. With back and knee injuries forcing him to spend much of the season on the sidelines, Roger Federer failed to win a tournament and dropped to 16th in the world rankings – statistics not seen since the beginning of his career.

But after a measured return which began all the way out in Perth at the Hopman Cup, the maestro is in the midst of a renaissance for the ages having won both Grand Slams he has contested in in 2017 (he skipped the French Open).

Even if the man himself sees it as a “surreal” notion, Roger would love to win in New York this year – it’s hard to believe that his most recent win there came in 2008; the last of his record five straight US Open titles. Winning would bring him his landmark 20th Grand Slam title, and just might take him back to the top of the world rankings for the first time since November 2012.

2) Rafa stays in the hunt for more history

You can’t discuss Roger Federer’s 2017 without discussing Rafael Nadal’s. The two legends renewed their rivalry at the Australian Open and Rafa went on to claim a mind-boggling 10th title at Roland Garros in June.

With all the focus on Roger’s exploits, you’d be forgiven for forgetting that Rafa is “only” four Slams behind Roger in second place on the all-time list of men’s major winners. Being five years younger than Roger, there’s every chance that Rafa may yet come out on top when it’s all said and done (we’ll talk about Novak Djokovic’s chances next year).

Before any of that however, the stage is set for their next duel at the US Open 2017. Rafa arrived in New York as the world number one, putting him on a collision course with world number three Roger in the semi-finals.

Poor Venus Williams. After years in the tennis doldrums, the 37-year-old has had an unlikely revival which saw her reach two Grand Slam finals in 2017. She lost both, of course, to sister Serena in Melbourne and Garbine Muguruza in London.

Despite this resurgence, it’s unlikely that Venus will be able to play on at this level for a whole lot longer, and it would be a shame for her to finish the year without her first Grand Slam title since 2008 (and first US Open since 2001). With many of the stars of women’s tennis missing or already knocked out, Venus is in line for a well-earned last hurrah in front of a raucous home crowd.

Maria Sharapova’s wild card entry to the US Open is about as controversial as things get in tennis – she’s playing in her first Grand Slam after serving a 15-month doping ban.

Sharapova’s inclusion has drawn varying degrees of criticism from the likes of CoCo Vandeweghe and Caroline Wozniacki, but Madison Keys summed up the fallen champion’s rebound best when discussing her opening match against Simona Halep: “I don’t think any tennis fan in the world is not going to have that match on. Let’s be honest.”

Supporting Sharapova’s cause could be regarded as a slight at players who have stayed clean their entire careers, and yet, it can’t be denied that the Russian player is one of the game’s top draws. A Sharapova victory at the US Open will spark plenty of tantalizing skirmishes on and off the court.

Thirteen different players have won the men’s and women’s singles titles at the US Open in its last ten editions. For five of those players, it was also their maiden Grand Slam title – Juan Martin del Potro (2009), Andy Murray (2012), Marin Cilic (2014), Samantha Stosur (2011) and Flavia Pennetta (2015). That makes the US Open as competitive as the French Open and more competitive than the Australian Open (10 different winners, four first-timers) and Wimbledon (nine different winners, two first-timers) in that time. It’s the perfect platform for a young player to announce their arrival and a unique opportunity for a man – or woman – to finally have their day.

Catch all the US Open 2017 action on Fox Sports.