Vans’ 50th anniversary was a celebration of individuality, creativity and self-expression. 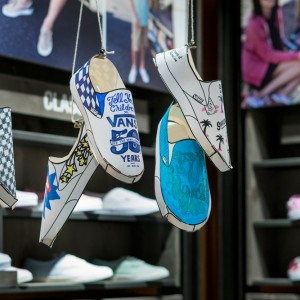 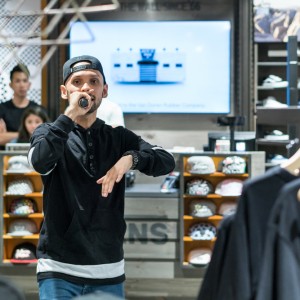 Vans’ 50th anniversary celebration at its ION Orchard flagship store was a showcase of creative expression anchored by top Singapore artists and musicians.

Among them was Kevin Lester, better known as THELIONCITYBOY, who took time off recording his latest album to perform several of his tracks at the event.

When asked why the Vans brand resonates, THELIONCITYBOY told Straatosphere, “Vans is a brand that’s tied it’s to street culture. That’s where as an artist my music is born from and as a Singaporean – street culture is my one of my favorite things about our lion city.”

“It’s a brand that I think speaks of your attitude when you have them on. There so few brands that have that effect. Gives the person wearing the shoe a voice. I dig that. Music gave me that,” he added. Art was also represented through Tell Your Children (TYC), a Singapore based art collective, that has chalked up an impressive portfolio that includes creating the Flatbush Zombies’ tour artwork. The crew was on hand to showcase their creativity in a segment that invited guests to customize their own paper Slip-Ons.

Speaking to Straatosphere, Deon Phua, one-fourth of TYC said, “Ever since we were really young, Vans has always embodied the most iconic representation of youth with its roots in skateboarding, street art, and music. The path that Vans continually paves for creativity, self-expression and individuality are all values that TYC is a strong advocate of.” 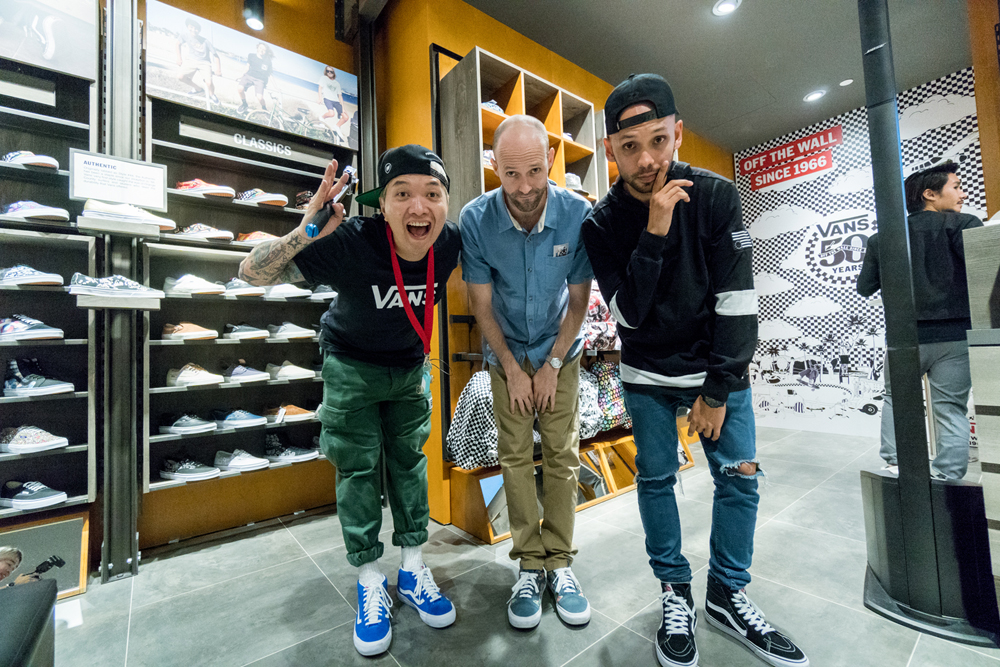 Looming large at the event, too, was the presence of Hong Kong based street culture influencer and LMF drummer, Kevin Boy.

Addressing the crowd, the hip hop artist said, “Vans is a great brand because they do not only focus on celebrities and being popular, they support people with a passion in creative expressions.

“They have been looking after me since back in the day when I was just a little drummer boy playing in the Hong Kong underground band scenes. That is why till today, I am a loyal Vans fan,” he added.

Vans’ year-long celebration of its 50th anniversary means more activities can be expected in the coming months. Check back often for the latest scoop.