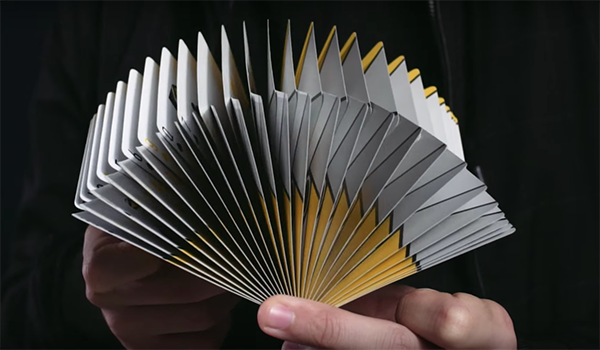 The team of five guys reveal their latest playing card deck design by showing off a myriad of deft tricks in a short three-minute video.

It starts and ends with notable quotes by the late Bruce Lee, whose ideals resonate with Virtuoso’s philosophy. The group prides itself on viewing cardistry as a vehicle for expression through movement and form, rather than a skill that builds on speed and technicality.

The playing card deck featured in the video clip is not available yet, but you can get notified once it drops.

Visit Virtuoso’s YouTube channel to see more cool videos and tutorials. Who knows, you might become a card flourishing guru yourself.

Read More: LeNERD and Koflow Perform a Live Remix of “The Life of Pablo”