XS.One The Regiment is gearing up to launch their third compilation album on January 19. Brought to you by The.XS Collective, expect some word wizardry from some of Singapore’s brightest lyricists.

After almost a decade-long hiatus, XS.One The Regiment brings us the third chapter of their compilation albums, The X’SSEMBLY. Frontmanned by Azrael, the latest project will feature 11 of the strongest X’Scape artists

If this upcoming album is anywhere close to what their previous compilation albums were, we’re in for a treat. Whipping up old school boom bap beats with mind-boggling, tongue-twisting lyrics to aggressive, in-your-face modern trap hits. These wordsmiths are not scared to be different and do their own thing, and they’re proud of it. As one of the first rap coalitions in the country, their first compilation album coming out way back in 2007, each rapper has progressed and made their own sounds over the years. But put together, XS.One The Regiment is bound to give you a sonic experience unlike any other. Imagine A$AP Mob, with Rocky and Ferg each having their own sound, but combined and as a collective, they flip a switch and bring the house down. Expect the same with XS.One The Regiment. 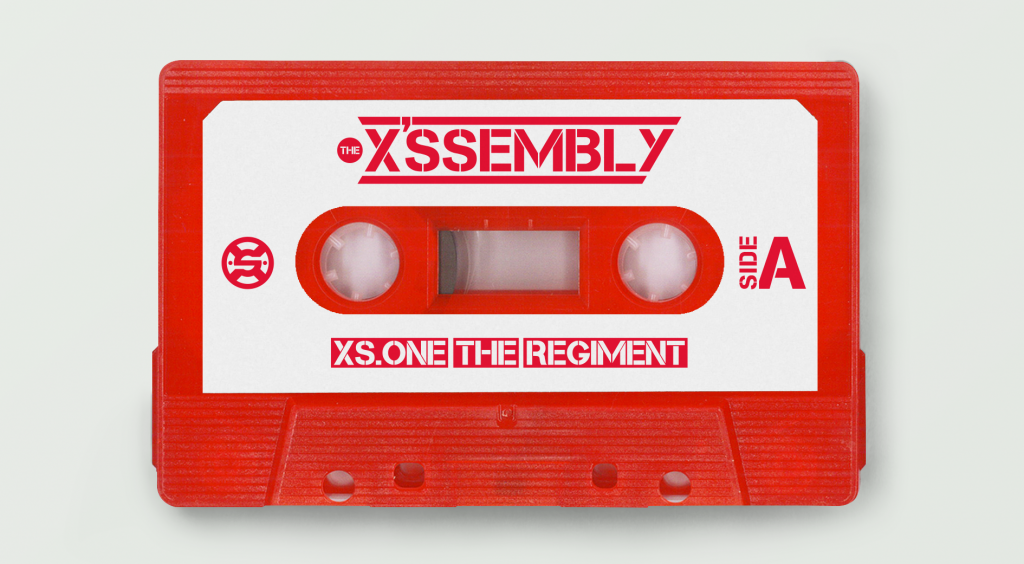 The cassette tape for the X’SSEMBLY Compilation Album.

With 20 tracks on the album, expect a journey from top to bottom with varied styles from X.Scape artists. With both a digital and physical release, we are specifically impressed with the physical drops. It will come in three different versions: a traditional CD, a USB cassette and a traditional cassette. Nothing ever beats a physical copy of tunes.

You can pre-order their album now on iTunes, while The.XS Collective digital store opens on January 19. You can also contact The.XS Collective on their Instagram if you want to get your hands on the physical copies.

Catch XS.One The Regiment tonight at Canvas for their album launch to get a first hand experience. Check out the details below.

To get a glimpse into what to expect from the album, check out the prologue by Azrael for The X’SSEMBLY.

Are you a fan of hip-hop? Who are some of your favorite rappers? Let us know in the comments below.