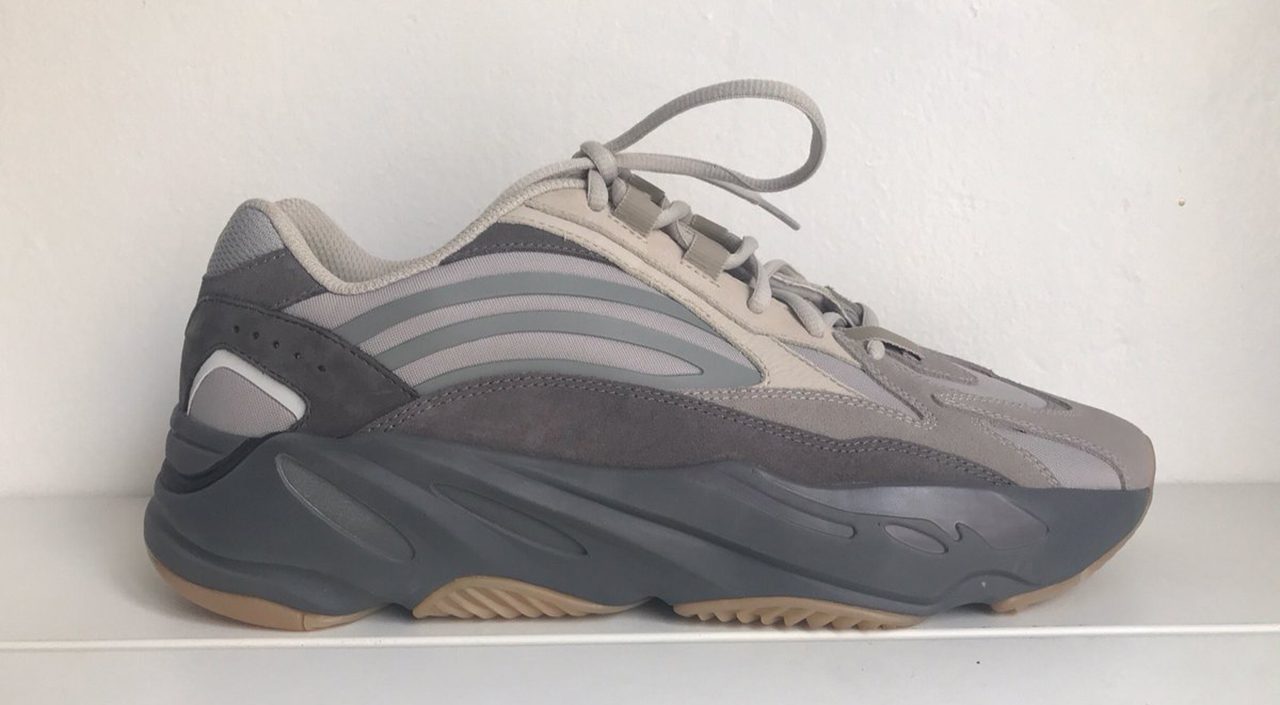 Kanye West took to Twitter to reveal a new and improved Yeezy 700 V2.

The rapper/designer certainly didn’t hold back on the use of ‘fire’ emojis. Truth be told, the shoe does look promising.

Kanye West hasn’t been shy at all about leaking never-before-seen images of Yeezy footwear since his return to Twitter. This time, Kanye seems clearly overjoyed about the approval (presumably, from Adidas) of his latest sneaker design and colorway.

According to the tweet, the new Yeezy 700 V2 colorway will drop somewhere in the fourth quarter of 2018. Which means it will likely hit stores and online between October and December this year. The key difference in this updated version lies in the shoe upper. The side panels feature a remodeled horizontal Three Stripes branding surrounded by beige leather and grey suede detailing.

While the chunky silhouette appears retro, there’s a futuristic balance in its intricate detailing and grey-scale palette as well. Finishing off the silhouette is a gum-colored outsole and a grey sculpted midsole that might just feature Boost cushioning, based on the first Wave Runner model.

It may be a long way to go before its release, but perhaps there’s reason to be excited for this one.

What do you think of the new Yeezy 700 V2? Let us know your thoughts in comments down below.