+2db will be one of the many acts bringing the house down at Attagirl’s 3rd Anniversary Party. We speak to the duo before the big night to find out more about how they came to be and what party-goers can expect. 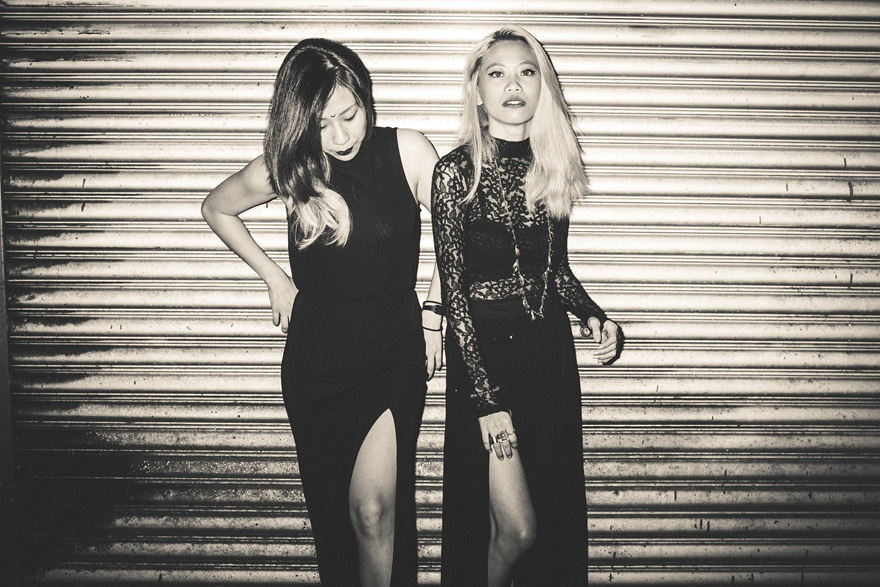 Jeannie and Jo Ann, singer-songwriters/DJs, got together to form +2db back in 2012. The duo have performed at events like Future Music Festival Asia, and their next stop is in Singapore, for Attagirl’s 3rd Anniversary Party. We catch up with them prior to their performance here.

Tell us more about how +2db was formed.
Despite growing up in Penang, we both only met in Kuala Lumpur in 2011. Jeannie was already tampering with GarageBand by that time, and one rainy afternoon – dramatic, but true story – while we were hanging out at her place, I decided to join in on the fun – that was when Syren (+2db’s debut track) came about, two days later.

What’s the story behind your unique stage name?
+2dB doesn’t really mean anything. We had a list of possible band names and made our friends pick the best one. +2dB was the crowd favorite as it’s as close as it gets to anything “electronic”, seeing that “dB” stands for decibels. We understand the name is a bit of a challenge to pronounce. For the record, it’s “two dee bee”; the “+” is silent.

Which artists influence your work?
We have a range of influences, spanning from old school Kid Cudi to Grimes, Flight Facilities, James Blake, Purity Ring and Kill J, to name just a few. 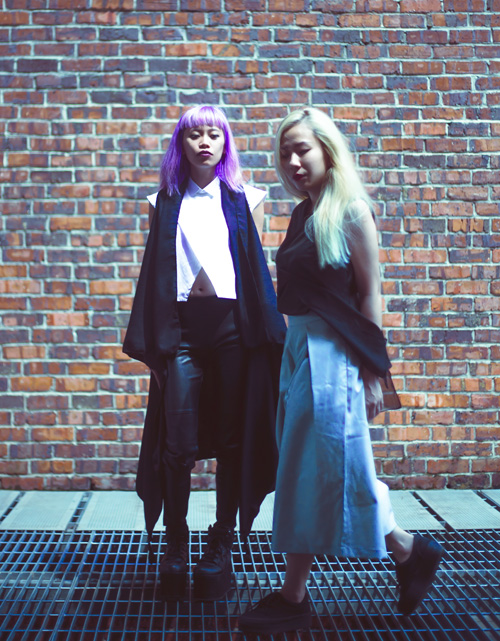 What was the turning point that made you see +2db as more than just a hobby?
We feed off the love we get from our listeners, and the more we get, the more we give back in return. The ball started rolling right from when we gathered the guts to release our first track, and it hasn’t stopped since. To be honest, it still is a hobby! We still have to have fun with everything we do so that it doesn’t become a chore.

You girls have amazing chemistry. How do you keep the balance between DJ-ing and vocals?
We knew we had chemistry in terms of having similar tastes in music and favorite places to hang out at. That chemistry applies to the music we make – where one contributes a part of the music and the other complements that part with something more beautiful. Of course, there have been some hiccups along the way, but working together has never been easier. We hope it stays like that.

Some magazines have labelled your work “Dark Electronica”. Which other genre(s) would you say you specialize in?
We don’t actually know the answer to this, as we’d like to leave it completely to the listener to interpret. We still can’t wrap our heads around how this brand of sound has become synonymous with us, but it’s really cool! We’re always experimenting with different sounds, and lately we’ve inched a little bit out of the whole “dark” thing. Let’s see where it takes us.

What has been your most memorable gig so far?
There were a few, from opening for Bondax and TOKiMONSTA, to not playing at some big gigs last minute, but the most memorable one to date has to be during our EP launch. It felt like throwing a very huge birthday party in a really rad basement!

You did a short tour in Korea late last year. What was that like?
Positively one we can never forget, with us not knowing a single Korean word, running around inter-country on a tight schedule, and playing in uncharted territory. It still feels like a dream. We certainly hope we will continue on with these mini tours!

You’re part of the line-up for the Attagirl 3rd Anniversary Party. Are there other acts you’ll like to catch?
Fatim is coming to Singapore with us and she’s definitely one to catch. Other than her, Amanda and Serene, for sure! So much love for these ladies.

What else is in the pipeline for +2db this year?
We’ll be playing Good Vibes Festival in Kuala Lumpur this August. We’re also working on scoring for a local short film. There are a bunch of tracks we’ve yet to release. And hopefully we’ll get to go on another tour!

This interview with +2db has been edited and condensed.