ATTAGIRL! 3rd Anniversary Party, Over 20 DJs, Musicians and Artists from Singapore and the Region in One Spot

ATTAGIRL! 3rd Anniversary Party, Over 20 DJs, Musicians and Artists from Singapore and the Region in One Spot

Following the success of last year’s anniversary party, ATTAGIRL! is back with another edition that features a stellar lineup of DJs and artists from around the region.

Over 20 DJs, live acts and artists in one place – only at the ATTAGIRL! 3rd Anniversary Party happening 30 July, at Blu Jaz. Straatosphere is proud to be the official media partner.

In case you didn’t know, ATTAGIRL! is an all-female club-night and community initiative aimed at bringing girls together in art and music. It focuses on championing and honing local female creative talent, and aims to establish a platform for music and art and to empower women in an open and accessible community.

This third anniversary party will see a solid lineup of over 20 Singaporean and regional DJs, VJs and live acts taking the stage.

Music for the evening will span across genres such as hip hop, house, and drum and bass. Besides familiar faces like AKA Sounds and Jaydah, performers like Japan’s Shioriybradshaw and Malaysia’s +2db will be bringing the house down and keeping partygoers thumping all night long.

There will also be a charity exhibition held during the party featuring custom designed Levi’s denim jackets by six Singapore-based illustrators.

These one-of-a-kind pieces will be put up for sale on Seamless by Straatosphere (stay tuned for updates) with all proceeds going to AG Home to support the welfare and education of troubled teenage girls in the community.

We aren’t spoiling the surprise on how the denim jackets will look like when completed, but here’s a teaser of the work-in-progress: 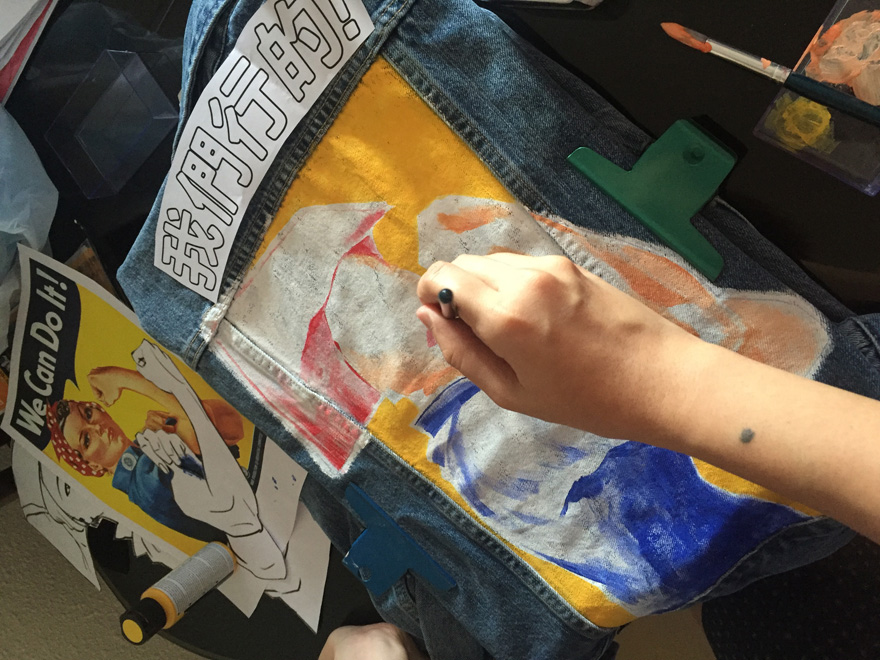 Visit the Facebook event page here and stay tuned for our interviews with the DJs who are performing at this party!

Read More: 5 Things You Didn’t Know About AKA Sounds