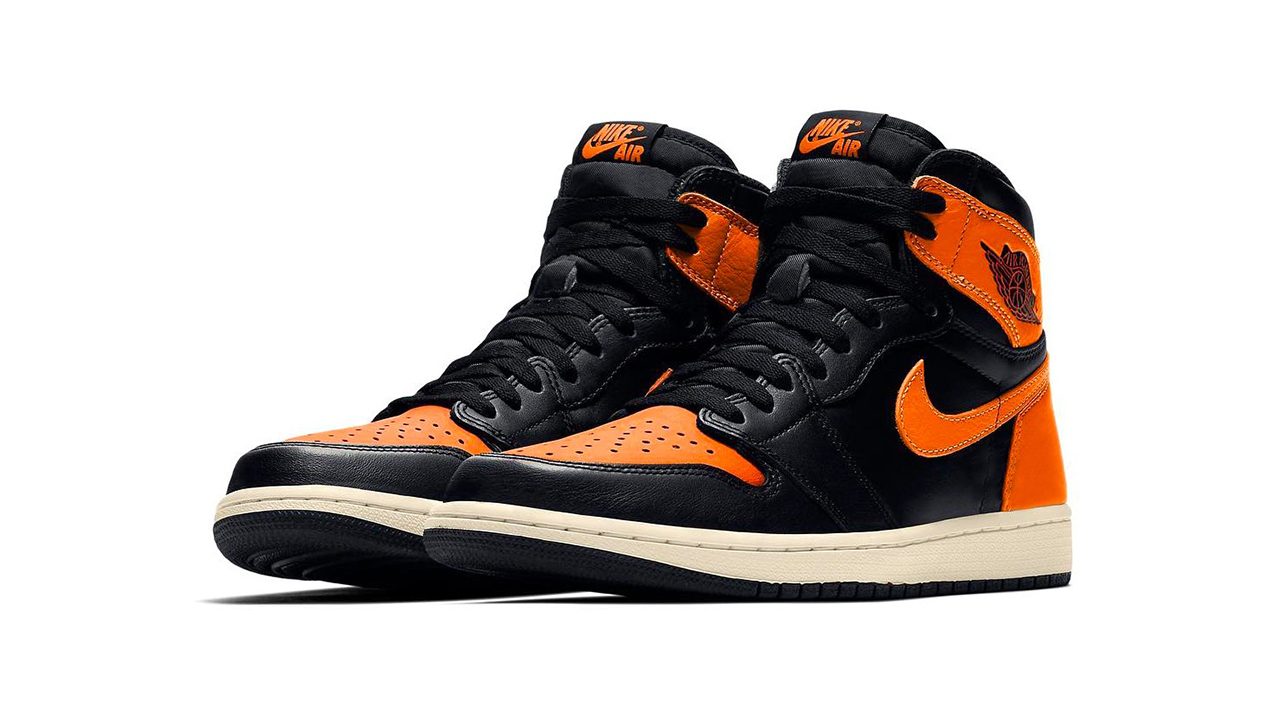 Take a look at the upcoming Air Jordan 1 Shattered Backboard 3.0.

The sneaker marks an iconic moment in Michael Jordan’s career when his dunk in a 1985 exhibition game shattered the backboard.

Since its first release in 2015, the sneaker has come in two different iterations. Sequel-loving sneakerheads will be glad to hear that the Air Jordan 1 Shattered Backboard 3.0 is in the works. The fact that a third iteration will be released – with slight tweaks to its overall colorway – shows just how popular the sneaker is. But you won’t be able to get your hands on it just yet, as the sneaker is slated to drop on October 4, according to Hypebeast.

The original 2015 Air Jordan 1 Shattered Blackboard came in a black, white and orange colorway, while the second edition in 2016 was a seemingly stripped-down version that came in white and orange with hints of black. This upcoming iteration will see the sneaker dressed predominantly in black and orange. The key differences to its predecessors are blacked-out side panels and contrasting orange Swooshes.

The Air Jordan 1 Shattered Backboard 3.0 will be a drop you simply cannot miss. Keep tabs on this page for local release details in the coming months.

Will you pick the Air Jordan 1 Shattered Backboard 3.0 over the OG pair? Let us know in the comments below.