Flying the junglist flag since 1998, Aresha is ready to rumble at the ATTAGIRL! 3rd Anniversary Party. The question is, are you? 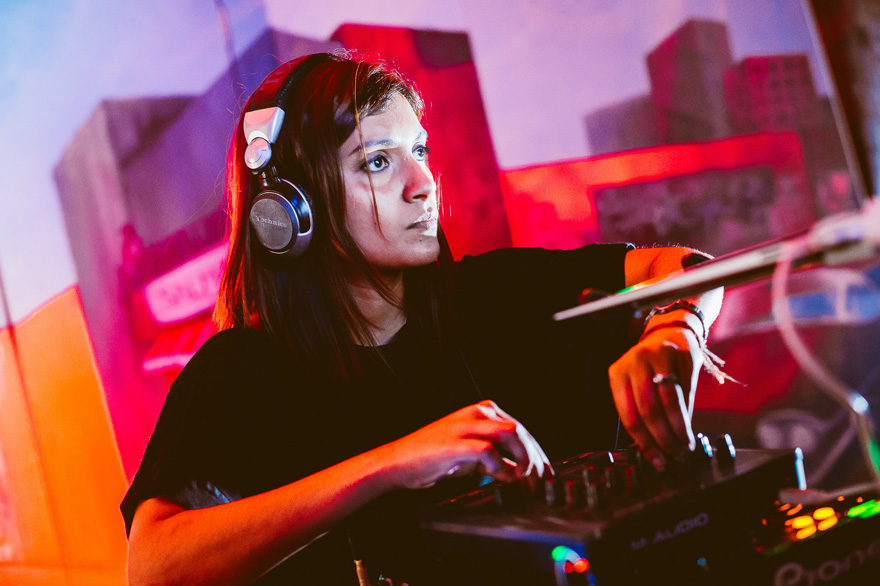 A familiar name in Singapore’s Drum & Bass (D&B) scene, Aresha, who moved to London for seven years is back for a while now and will be playing at the ATTAGIRL! 3rd Anniversary Party. We talk to the veteran DJ about everything from music curation, appealing to the new audience and how she once overcame a power supply pin problem with just her index finger and touch-pad.

Have you always been a D&B DJ?
Nope. I started to buy D&B records in 2001, and the scene back then was serious business. Junglists knew tunes outside in, and knew when the drops were going to hit — so DJs were on point with “double drops” and all the other technical bits I had no clue about. It was pretty intimidating because everyone was older and knew what they were doing. And D&B mixing was easy to make a mess of, compared to other slower genres. Eventually I worked up the courage to play my first D&B set at the old Mad Monks club (now Canvas) for one of Zul Subvert’s Subversive nights in 2004. Been playing D&B since then which is, what, 12 years?

Having spent seven years living in London, what struck you most about the music culture there?
That everyone is a DJ with a lot of good music. And with technology available for bedroom DJs these days, everyone can DJ without a hitch. And everyone can put on nights. Everyone also makes music which has been released on some label or other, so it’s much harder to stand out. 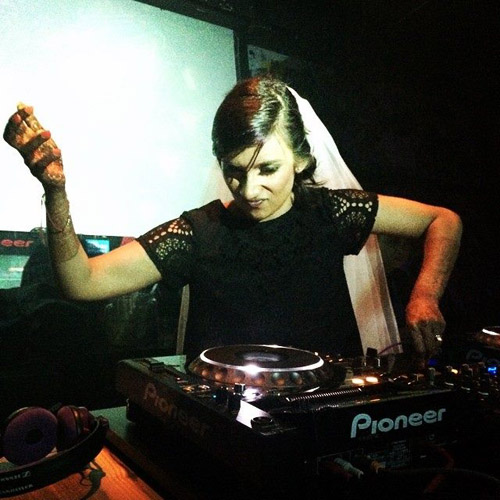 How has the Singapore D&B scene changed?
It’s been a ride since I first got into it 17 years ago. The scene was filled with purists who knew what they wanted to listen to in the early days, but the younger generation in Singapore are different — they are an eclectic bunch who like a mix of genres such as dubstep, trap, bass, footwork —  and many other genres I am too senile to keep up with. I mainly get asked to play at mixed genre nights, playing D&B as one of the main sets, and more often than not, it’s a full floor.

Is it hard to keep abreast with what the young ones like to listen to?
Yes, keeping up with the genres and the sub-genres that keep appearing is a challenge! A lot of people think I DJ full-time, but I don’t. In order to put tuna on the table for my two cats, my job takes up most of my week, so I don’t have as much time to sift through the quantity of music out there. I keep the same attitude towards buying music as I did when I used to buy records 17 years ago. I probably buy 30 to 50 tunes a year, and only if I really like it.

In your years of being a DJ, has there been one moment that stood out for all the right (or wrong) reasons?
Oh god, it has to be when the power supply pin of my Ableton controller broke just as I was about to take over Kraftykuts. I was having a mild panic attack and he calmly said, “This is the true test of a DJ!” I had to manually control the entire mix using my index finger and touch-pad. 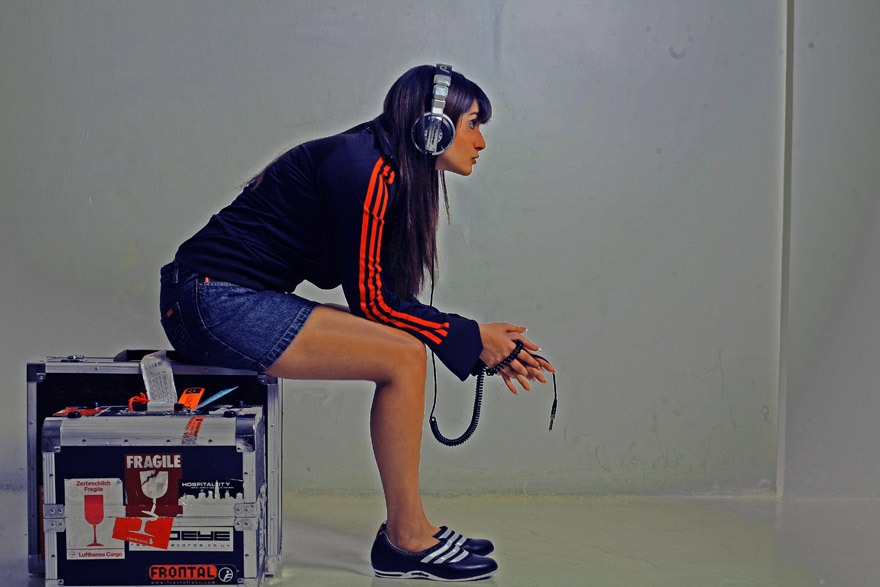 Which artists influence your work?
From a musical perspective there are just too many to list — Kraftwerk, Fela Kuti, Bob Marley, Jeru the Damaja, 808 State, 2BadMice, Awesome 3, Leftfield — even the Thavil drum player at the Tank Road Indian Temple that I once jammed with at a recording for Chingay Festival in 2002. Outside of that, I would have to say Tony Colman (London Elektricity of Hospital Records) who has been my good friend and mentor for more than a decade.

You’ve played alongside heavyweight DJs in the international scene. Was it a nerve-racking experience sharing the stage with them?
Not particularly, as long as my tech is working. The DJs I’ve played after have all been friendly and lovely — sharing a nudge of moral support before and after a set.  However, I am a bundle of nerves before I play any gig, big or small, believe it or not. I am like Linus from Peanuts, but with more hair. The only think that calms my nerves is when I know I’ve got a handle on the floor. Seeing people dancing and singing along is my “security blanket”.

You also graduated from Red Bull Music Academy some years back. How did the experience change the way you make music?
It changed the entire way I viewed making and playing music. I’ve gone through phases of wanting to play tunes for “trainspotters”, double drop like Andy C and wanting to make music that sounds like Zinc. But what I’ve really begun to embark on since the Academy was finding what my own sound and style is. And I probably have found that with DJ-ing but not with making music.

What other plans do you have for this year?
I’ve been thinking about going back into music production again, as I took a good five year break. And I’m in the process of reassembling my little home studio. A lot of dusting off and software/hardware updating to do — but I am looking forward to spending hours squinting at lines in Logic Pro!

This interview with Aresha has been edited and condensed.