Four celebrity brand ambassadors who have said goodbye to prominent sportswear labels and headed right into the arms of a competitor. 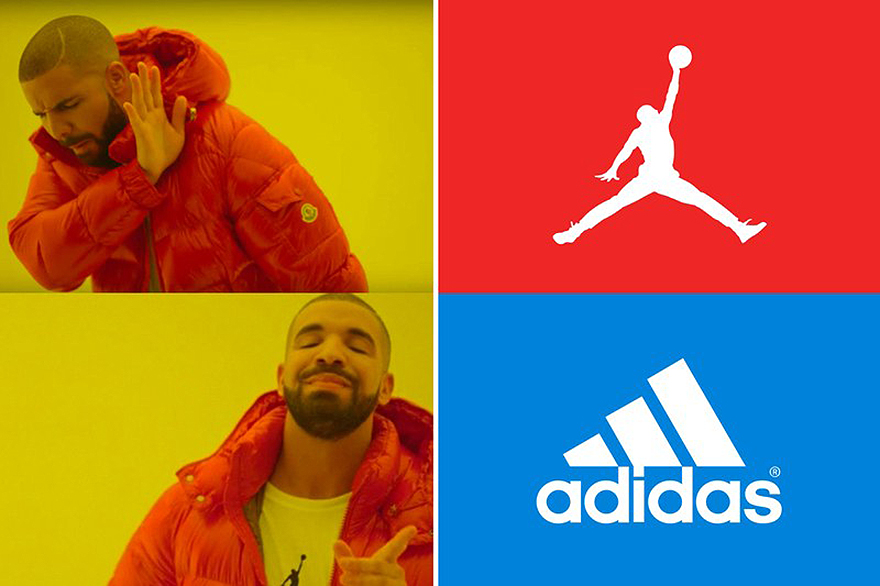 Even celebrities find it hard to stay loyal to legendary brands. Drake is rumored to leave Nike’s Jordan Brand for Adidas. According to Sneaker Bar Detroit, the “God’s Plan” rapper was seen wandering the streets of California in a pair of Adidas Ultra Boost sneakers this month. Looks like even writing a song for Jordan Brand (“Jumpman”; released in 2015) couldn’t stop Drake from switching teams. After releasing three collaborative Reebok Club C sneakers in 2016, Kendrick Lamar made the switch to Nike in August 2017.  The “HUMBLE” rapper broke the news to his fans via an Instagram post. Currently, the musician has worked with Nike to redesign the iconic Cortez silhouette. The shoe, dubbed the Kendrick Lamar x Nike Cortez “Damn”, was released in January 2018. In January 2017, rapper Big Sean left the three stripes for PUMA’s dazzling lineup of stars including Rihanna, The Weeknd and Solange Knowles. To date, the “Bounce Back” musician has fronted the campaign for the Puma Breaker and the SUPERPUMA pack. In addition, the rapper released a special edition Suede collab to commemorate the silhouette’s 50th anniversary. The Big Sean x Suede was released earlier in March 2018. Rihanna exited Adidas for Puma, after inking a US$1 million dollar deal with the latter brand in December 2014. To date, no one knows the reason for Rihanna’s departure from Adidas, although it could well be that Puma offered a price that was right. Learn more about Rihanna’s Fenty Puma collection here. Kanye made headlines in 2013 after leaving Nike for Adidas. According to Huh Magazine, the turbulent exit was due to the rapper not receiving royalties for the collaborative Nike Air Yeezy. Not that Kanye should have any regrets; to date, the “Saint Pablo” rapper has released five versions of the coveted Adidas Yeezys, all of which have been snapped up quickly. Learn more about Kanye’s Adidas Yeezy collection here.

Know of any other celebrities who have jumped ship? Let us know in the comments section below.