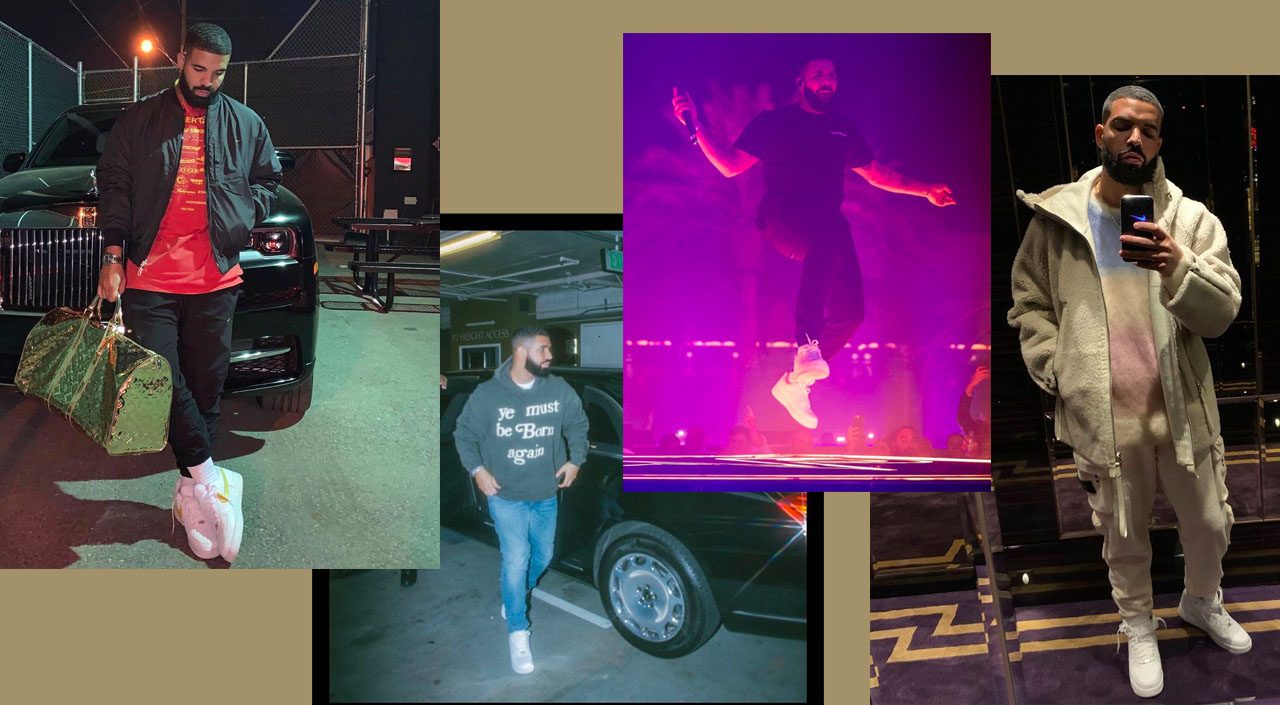 A Drake x Nike Air Force 1 collaboration may be in the works.

It’s not hard to believe that Drake is planning to drop an Air Force 1, a sneaker he has been seen to rock frequently, as evidenced by pictures on his Instagram.

So far, Drake has dropped a few collaborative Air Jordans, but hasn’t yet officially released sneakers under the Nike label. But that’s about to change, as new rumors suggest that an OVO x Nike Air Force 1 is in the works.

It’s no surprise that the collaboration utilizes the Air Force 1, considering Drake has been seen rocking the AF1s in photos on his Instagram feed. Whether Drake has good taste, or this is a gimmick leading up to the release of this OVO x AF1, it’s a fact that the AF1 is a streetwear staple. The likes of G-Dragon, Asap Rocky, and Roc-A-Fella have released collabs that showcase their take on these timeless kicks.

At the moment, the Drake x Air Force 1 remains well under wraps. There have been no leaks or early renders to show what the sneaker looks like. The only thing we know is that these are likely to drop in 2021, according to Sneaker News.

In the meantime, let’s appreciate some of Drake’s fire fits paired with an Air Force 1.

Do you think OVO will retain its iconic white-on-white colorway for its upcoming Air Force 1 collaboration? Share your thoughts in the comment section.