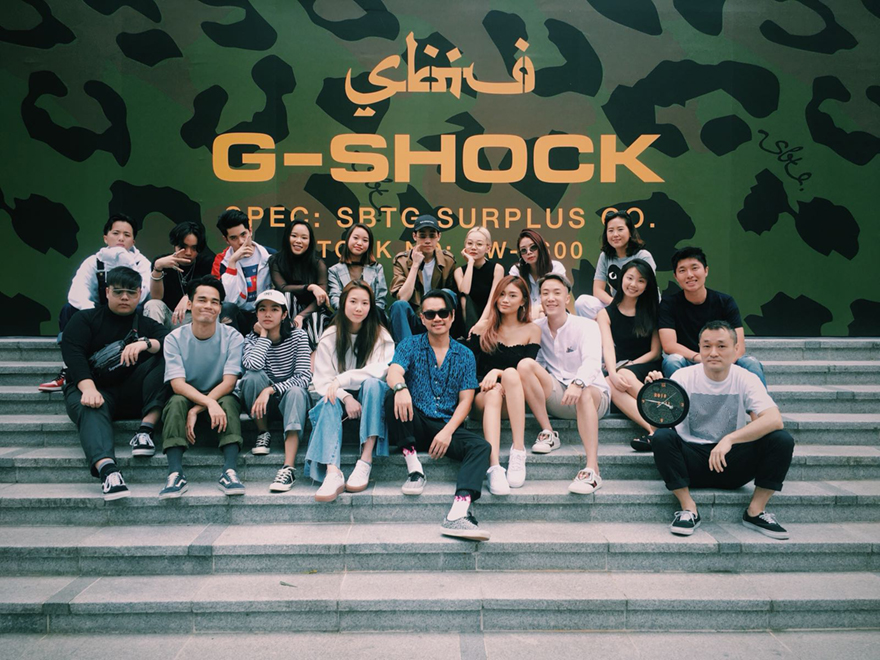 Held on Sunday, February 11, the G-SHOCK x SBTG pop-up store at Wisma Atria was converted into a makeshift studio for a group of 20 lucky participants. The group comprised social media personalities and CASIO customers – the latter were invited for being the first few customers who purchased the collaboration watch. At the event, participants were given SBTG sticker sheets and a standard CASIO 1Q-01S-1DF black wall clock each. Sticker motifs include the leopard camo print seen on the DW-5600 collaboration watch, crossbones and SBTG branding. 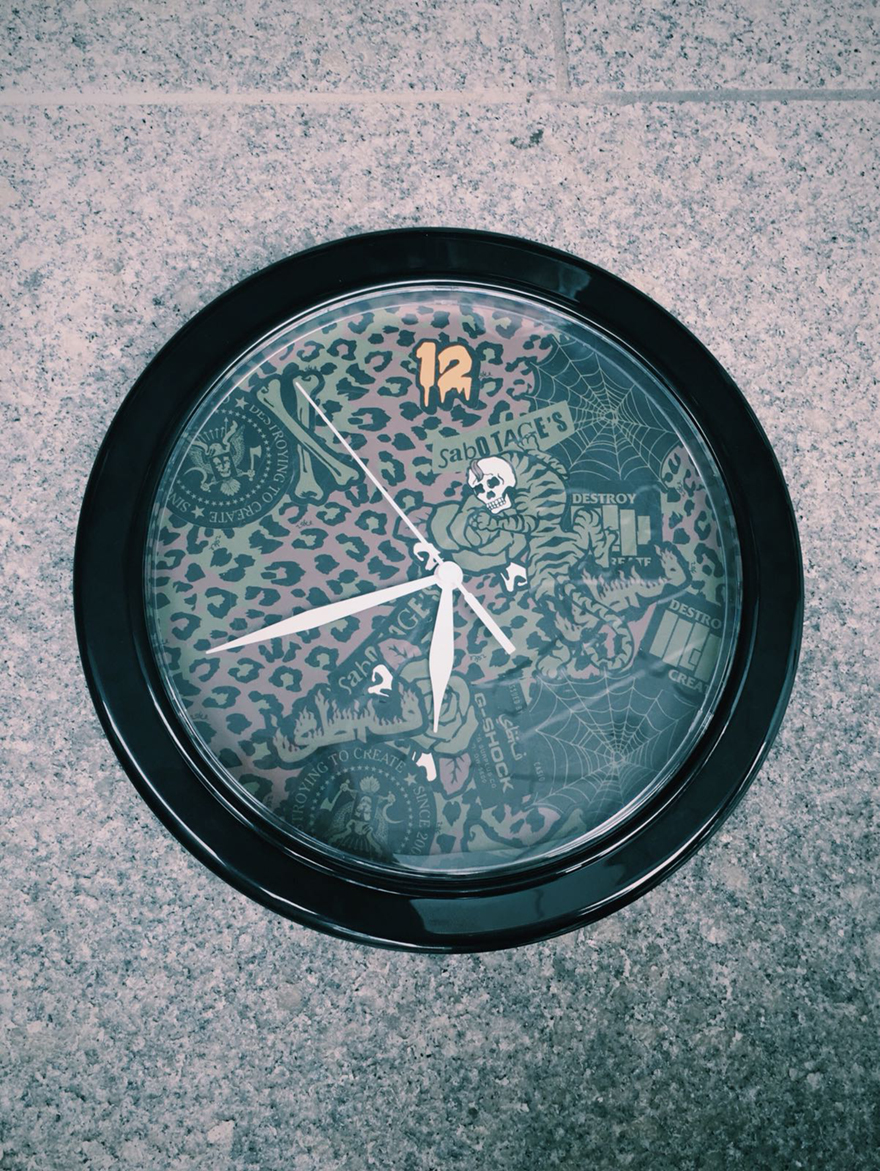 Mr Sabotage gave the workshop participants a hands-on tutorial. Through the interaction, participants also got the chance to get up close and personal with the accomplished designer.

Echoing SBTG’s “Destroy to Create” motto, the tutorial involved disassembling the clock in order to create the sticker collage background. The result? An array of unique collage designs, each reflecting its creator’s unique personality. 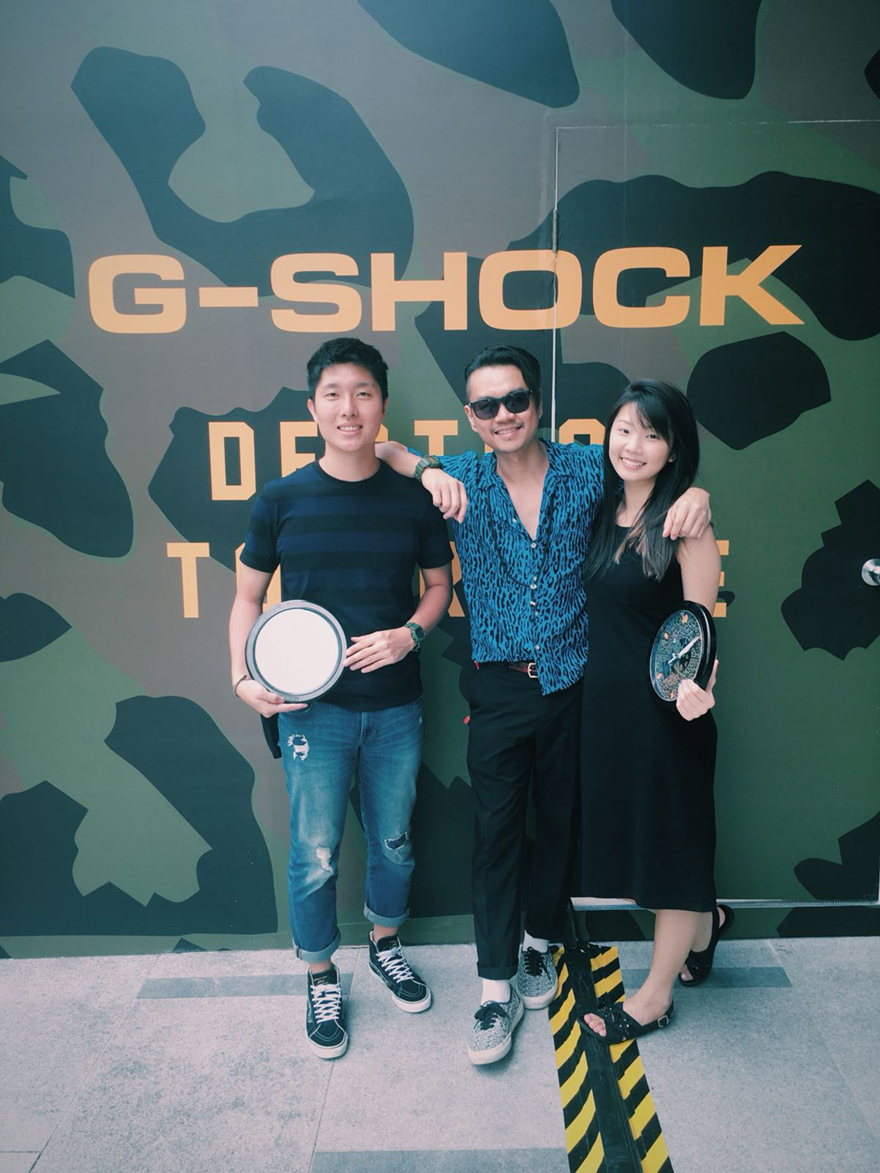 Guests took home their customized wall clocks as a token of appreciation for attending the workshop.

The G-SHOCK x SBTG DW-5600 collaboration was created to celebrate the legacy of the DW-5600, often considered one of the original models released by G-SHOCK. As reported in our previous article, the timepiece features a rugged aesthetic due to its military green outer along with leopard camouflage accents which frames the LCD screen.

Keep up with G-Shock Singapore (@gshock_sg) and Mark Ong of SBTG (@mr_sabotage) on Instagram.