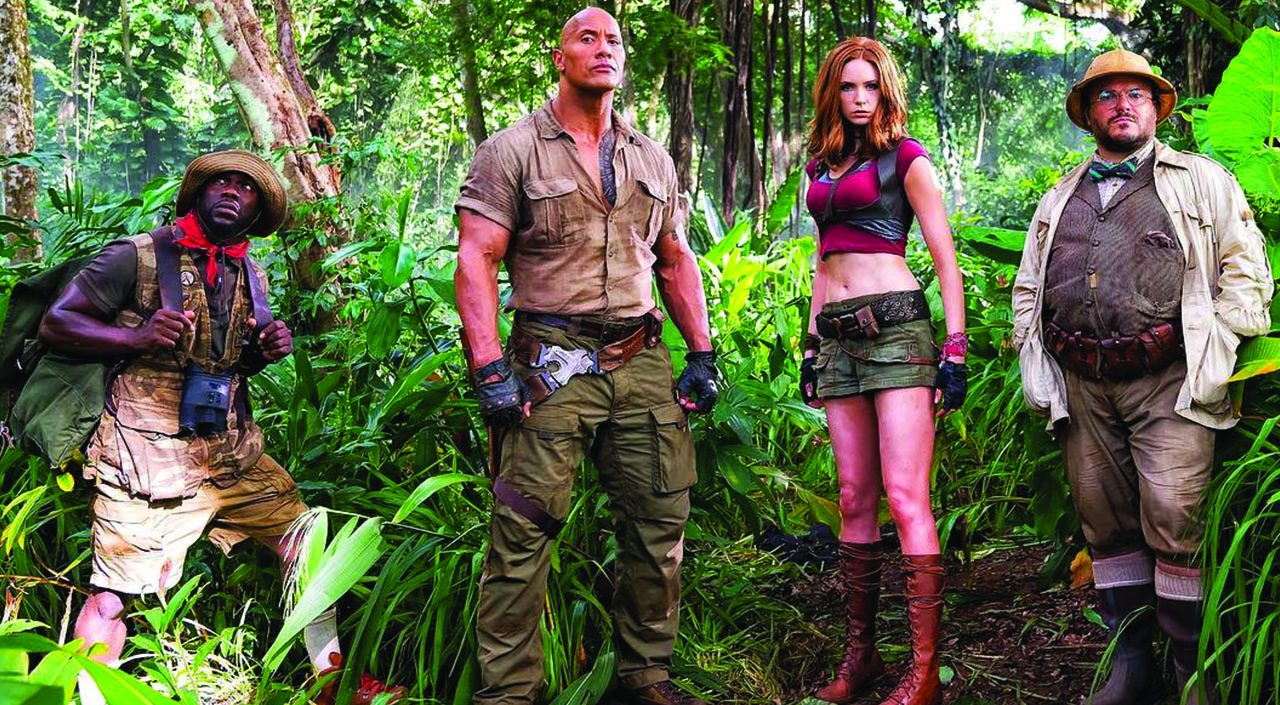 Jumanji: Welcome to the Jungle isn’t a reboot. Rather, it’s a continuation of the 1995 classic with an update for modern times.

Jumanji: Welcome to the Jungle won’t be featuring the board game at all – it’s a classic 90s video game that transports the characters into the jungle this time.

The substitution of the board game with a 90s video game is in keeping with Sony’s promise to update the iconic story for modern times, when it first made known its plans to remake Jumanji in 2012.

Footage premiered at CinemaCon this past Monday showed that the movie centers on a video game that traps its players, who then get sucked into the video game during detention. The protagonists, four teenagers, end up in a jungle inside bodies of avatars played by Dwayne Johnson, Kevin Hart, Jack Black and Karen Gillan.

The critics, it seems, loved it.

I love the premise of the new #Jumanji. The teens turn INTO the characters in the game, so a pretty girl is stuck in Jack Black’s body, etc.

Fans of the original Jumanji can expect references to the classic made in the 2017 update. One such includes footage of a stampede of CGI wild rhinos – an iconic and memorable scene from the original.

Read More: 5 Tupac Films to Binge Watch Before His “All Eyez On Me” Biopic